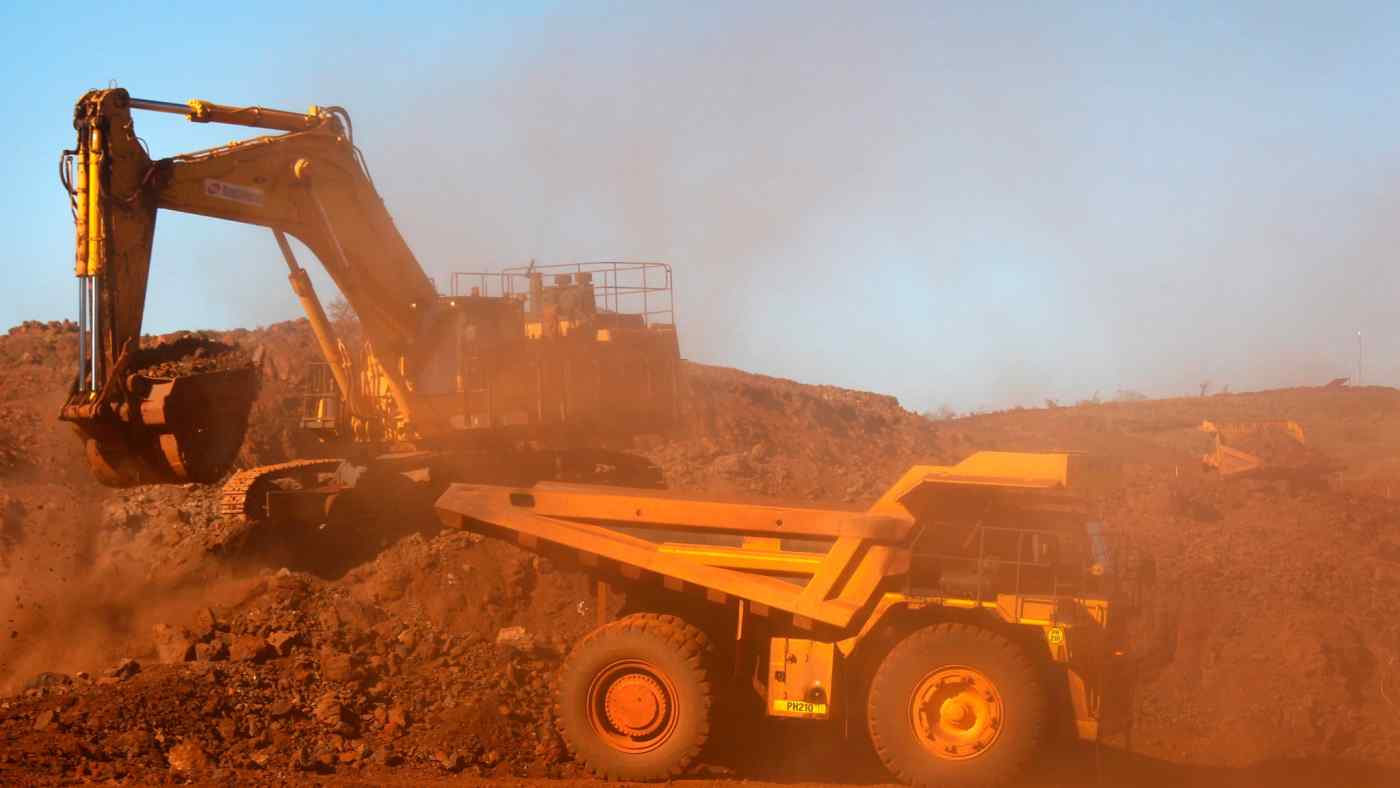 One half of the time Australian prosperity is based on digging things out of the ground and selling them to foreigners at good prices.    © Reuters
CopyCopied

When Australians go to the polls on May 18, the choice for all intents and purposes is between the center-right (Liberal and National Party coalition) and the center-left (Australian Labour Party).

However, any new government's ability to implement its policies will be determined by foreigners not on the ballot paper. The election, at least at one level, may be irrelevant as complex inter-dependencies mean that Australia's economic prospects are substantially outside its control and at the mercy of global markets.

The centerpiece of both major contenders' campaigns are large tax cuts and significant government spending on infrastructure and welfare. Both parties pay lip service to sound public finance. But the sustainability of policies based on outbidding political opponents and financing permanent expenditure with impermanent revenues is questionable.

The forecast improvements in the budget position, which the tax cuts and spending are premised upon, are driven by several factors.

Australian household tax payments have risen faster than income. The lack of inflation adjustment means that over time wage earners move into higher tax brackets known as bracket creep. This has added around 3% of gross domestic product to government revenues over the last decade. Australia's budget is affected by commodity markets. Higher than budgeted export volumes and prices, especially for iron ore, have boosted government income. A strong housing market underpinned government revenue. But these factors may be ephemeral.

Higher commodity revenues are driven by developments in Brazil and China. The collapse of a tailings dam at one of Vale's Brazilian mines led to a shutdown reducing output by over 40 million tons per annum, 10% of the company's annual production. This supply disruption in a market which is closely balanced resulted in sharp price rises and increased volumes for Australian producers. Chinese actions to stimulate growth and employment supported demand for Australian exports. These are all outside Australia's control.

The long housing boom is over. There is over-supply in some sectors, like inner city apartments. Demand has slowed due to lower immigration, restrictions on foreign, especially Chinese, property investment, housing unaffordability and constraints on the supply of credit. If the commodity sector weakens, then this will compound the slowdown because a buoyant mining sector helps maintain national income and buying power. Given Australia's trade dependence, escalating trade wars would reduce income, affecting house prices. The long housing boom is over.   © Reuters

This striking lack of control that Australia has over its economy is grounded in four factors.

First, Australia is increasingly dependent on housing and commodities, termed the "houses and holes" economy. As one economist put it, one half of the time Australian prosperity is based on digging things out of the ground and selling them to foreigners at good prices. The rest of the time Australians sell houses to each other at ever higher prices and increase consumption based on their theoretical property wealth, both funded by increasing borrowings.

Over time, Australia's manufacturing industry has declined. Commodities as well as tourism, education and health care service exports have offset losses. However, they cannot fully replace the manufacturing sector, especially well-paid blue-collar work. For example, the mining sector accounts for around 10% of GDP but employs only around 2% of the workforce reflecting its capital-intensive nature.

Second, Australia relies on imported capital. Despite strong terms of trade and high export volumes, it continues to run a current-account deficit of around 3% of GDP. This must be financed overseas primarily by Australian banks borrowing to cover the shortfall between deposits and loans. Economic weaknesses, driven by a commodity or housing slowdown, can affect the cost and availability of foreign capital. Australia's highly credit dependent economy, especially housing, is perennially vulnerable to the vagaries of international money markets.

Third, Australia is uncompetitive outside the natural bounty enjoyed by its primary industries. In international rankings, Australia regularly performs poorly in productivity, competitiveness and innovation. Labour productivity growth is currently weak. Taken over a longer period since 2010, it averages a more respectable 1.4% per year, but the outcome is distorted by stronger productivity in the mining sector. Over a similar period, measures of productivity that incorporate capital as well as labor have declined. Australia has comparatively high hourly compensation and unit labor costs. Australia's ranking in the World Bank's Ease of Doing Business Index has declined from 6th in 2006 to 18th in 2018, below Georgia, Estonia, Lithuania and Malaysia.

Fourth, Australia's relationship with its major Asian trading partners is complicated by political affinities with the West. Currently, the nation is involved in a political dispute with China over restrictions on coal imports, coyly termed "quality checks." The measures are retaliation for Australia siding with the U.S. to preserve its "Five Eyes" intelligence membership by excluding the participation of Huawei, the Chinese supplier, in Australia's 5G network and intemperate comments about Chinese influence in Australian politics. The dispute is unhelpful given that over 30% of all Australian export income derives from China, the highest level of any developed nation.

Sadly, no party's manifesto addresses these fundamental challenges. Tax cuts will not reform a system which needs to be overhauled. Infrastructure spending provides a short-term increase in demand. Bad choice of projects and poor delivery, evidenced by the disappointing National Broadband Network which is over-budget and slow by the best international standards, may not enhance longer-term efficiency and productivity.

The narrowness of the economic base is ignored. No political party is willing to address over-investment in housing, the total value of which is around $6 trillion or around 4 times gross domestic product and constitutes a large proportion of household wealth. Encouraged by complex subsidies, capital is locked up in property, unavailable for more productive activities such as new industries. Leaders are reluctant to champion forceful structural reforms to improve education and skill levels as well as streamline regulation. Instead, all contenders seem happy to rely on windfalls to finance the nation's living standards through ever shorter electoral cycles.