Australia versus China in the South Pacific The International Convention Center in Papua New Guinea's capital, one of the APEC venues, marked with a "China Aid" sign (Photo by Fumi Matsumoto)
CopyCopied

Xi Jinping, a leader with a bulging diary at home and abroad, will spend four full days this week in Papua New Guinea, attending the Asia-Pacific Economic Cooperation summit.

By contrast, Mike Pence, the U.S. vice president, who will be representing Washington at the event, will spend just a single day in the sprawling Melanesian nation which straddles Southeast Asia and the Pacific.

Xi's commitment to PNG, and Pence's flyby visit, is another reminder, if any were needed, that it is Beijing and not Washington which is increasingly calling the shots in the Asia-Pacific. China is in any case paying much of the bill for a spectacular new conference hall where APEC leaders will gather.

No nation is more acutely aware of the rapidly changing geopolitics of the region than Australia, which is PNG's neighbor, former colonial master, and, for decades, its most important partner and aid donor.

Australia, which is already trying to balance its relations with China as an economic partner, and the U.S. as a military ally, now finds itself contending with Beijing's ambitions on its doorstep.

As if it has been awoken from a deep sleep, Australia has rightly responded with alacrity in recent months to China's advances in PNG and elsewhere in the Pacific, in countries like Fiji and Tonga.

But in the longer term, it is not clear if Australia has the resources to compete head-to-head with China's immense economic power, nor whether its initial attempts to pushback against Beijing's growing influence are sustainable. It should take care that short-term and perhaps hastily-planned interventions do not backfire both on Canberra and on recipients of Australian support.

Beijing has smothered PNG and other smaller Pacific countries with aid and investment in recent years, largely in the forms of loans for infrastructure projects.

PNG is the most important target for Beijing, and not just because it is by far the largest nation in the Pacific. PNG is attractive for its untapped oil, gas and mineral resources, as well as its strategic location, looking north into Asia and south to Australia.

The initiatives announced by Australia in recent weeks include extra aid, a $2 billion Australian dollar (US$1.4 billion) development bank for the Pacific, security partnerships and new diplomatic posts, including one in Niue, population 1,624. Australia is also considering setting up a naval base on Manus Island in PNG.

Expect more announcements at the APEC summit, with Australia hoping to bring other Asian countries along on infrastructure projects in PNG, to make sure that China does not steal Canberra's thunder at the summit.

No one has any doubt as to why Canberra has suddenly become excited about what many local politicians crassly call "Australia's backyard," even if Scott Morrison, the prime minister, has never mentioned China by name in making the announcements.

For Australia, geostrategic competition with China is putting the country's leaders on a steep learning curve. After nestling safely under the U.S. security umbrella since the 1950s, Canberra is having to get used to a cascade of difficult diplomatic and security issues, all the while striving to preserve an immensely valuable trade relationship with China.

Amidst such upheaval, it is also not clear whether Canberra's new policies are well targeted to address the new challenges.

In the Pacific, for example, there is a clear desire for new infrastructure and a strategic drive to do more to ensure that China does not squeeze Australia out of the region.

Australia had taken an ad hoc approach, from rushing to replace China's Huawei in building fiber optics cable from the Solomon Islands, to beefing up the Black Rock Naval facility in Fiji.

But while this project-to-project approach is not sustainable, Australia still needs to proceed with caution as it digs deeper roots in the Pacific.

Australia has traditionally displayed limited political and policy bandwidth with the Pacific. While Canberra's interest in the region often spikes, as it has this year, it also can quickly drop off, running the risk Australia will lose control of complex new funding instruments and projects.

Second, infrastructure financing, particularly through debt, is already a congested market in the Pacific. With China, the Asian Development Bank and World Bank having written substantial loans, many Pacific countries have little capacity to borrow more funds.

According to data collected by the Lowy Institute, the Sydney-based think tank, China has not committed a new loan to any Pacific country except Papua New Guinea since 2016, although not for lack of trying.

As more countries face having to pay back debts to China, their appetite for more loans has soured, making it a questionable time for Australia to be offering extra money.

If Australia is not careful, its new financial support for Pacific nations may be used by their treasuries to service debts to China, hardly the sort of stability that Canberra is looking for.

Finally, Australia's push to squeeze out China is by no means guaranteed. Chinese enterprises are firmly entrenched in the Pacific, and would be competitive in any public infrastructure tenders Australia put out.

China's party-state is also more flexible than Australia, a democracy in which loans have to be transparently justified, with a public expectation that they be paid back. China, by contrast, does not need to operate on such terms. While the quality of their projects may vary, they are better equipped to say yes to the requests of Pacific leaders.

Australia has to be careful, then, that its new plans do not cannibalize the country's existing aid program, or fail to get sustained political and bureaucratic attention in Canberra.

Otherwise, there is little doubt who the winner in the game of geopolitical competition in the Pacific will be.

Jonathan Pryke, director of the Pacific Islands Program at the Lowy Institute in Sydney, contributed to the article. 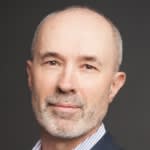 Richard McGregor is a senior fellow for east Asia at the institute.