Bad news sells, but only good news can save democracy from itself A person take a newspaper with headlines and pictures of clashes between police and protesters in Hong Kong in September 2019: the presentation of bad news is a useful measure of a country's degree of democracy.   © Reuters
CopyCopied

In a modern democracy, the media -- both written and audiovisual -- are now clearly divided into two categories. Those organizations that give priority to bad news, and those that prioritize good news.

Those news organizations that give priority to bad news are considered the most serious, and the most rigorous. In general, they are opposition media. But they are not alone, because the media that is close to power also likes to present serious, bad news from elsewhere. This includes subjects for which governments cannot be held responsible.

When it comes to the media that presents good news, I am thinking of the many weekly print magazines. Usually abundantly illustrated with colorful photographs, these magazines specialize in entertainment topics ranging from movies to the crowned head of Europe, and from sports to animals. But this type of news is not restricted to magazines. There are as many audiovisual media presenting similar stories, though more on television than radio. It is almost as if good news needs to be accompanied by pictures, than other types of news.

There are many reasons to offer bad news. This is mainly because bad news is -- above all else -- primarily the announcement of threats. And humans absolutely need to be informed of threats to their safety. But also because humans enjoy -- and this is not very glorious -- knowing the misfortunes that move others, as if from a need to console one's own misfortunes. In some cases -- the worst -- humans even enjoy the sorrows of others. Bad news is also a subject that provides easy topics of conversation with the people around us, and helps to maintain one's connection to others. Finally, because for all of the above reasons, bad news increases television audiences and newspaper sales.

We see everywhere in democracy, including in the most diverse forms of media, including newspapers, radios, television and our social media networks, that different types of bad news such as drama, crime, natural disasters, and epidemics, flourish. And today, there is no shortage of them. And when we give our own perspective, it is almost always to say that things are going to get worse, especially when it comes to climate change, security, economic growth and employment.

This is the case at least, in democracies. In dictatorships, the media is strictly controlled and censored, and can never give bad news, other than that relating to the rest of the world. In a dictatorship, the media's main function is to extol the merits of the local dictator.

It can therefore be said that the presentation of bad news in the media is a useful measure of a country's degree of democracy. The more democratic a country is, the more it indulges in bad news, even if that means a weakening of democracy itself. This is what we are witnessing today. Democracy is weakened by the force of criticism, which is its raison d'etre.

Conversely, there are, in democracy, two other forms of communication: one that gives the good news of movie stars. And the other, which leads everyone to put themselves in the spotlight, to talk only about themselves in various social media networks. TikTok and Instagram have become platforms to present oneself as a form of good news. As if everyone wanted to be the only source of good news in the world. 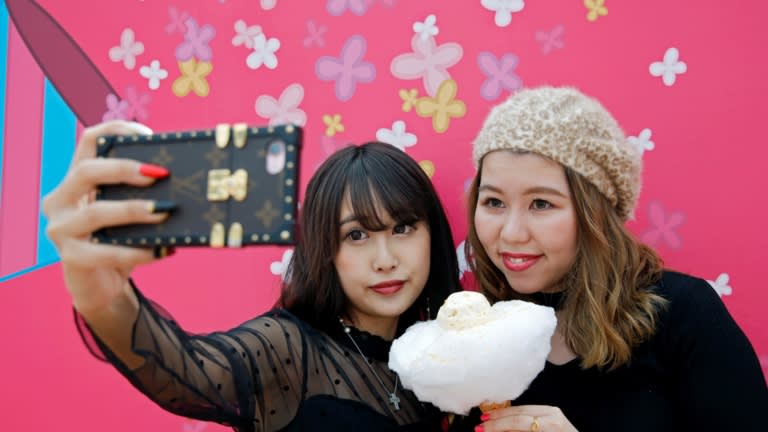 TikTok and Instagram have become platforms to present oneself as a form of good news.   © Reuters

Today, we must highlight another category of good news: the positive transformations of the world. Because it is from this that we can find the power to act. And there is no shortage of these acts.

Every day there are occurring magnificent acts of bravery, exceptional scientific discoveries, economic or social reforms in one country or another. Among the most recent: we can boast, for example, of the considerable progress made in raising awareness of violence against women and children; of the growing global solidarity against attacks on minorities; of the formidable successes of certain countries, such as South Korea, in the management of COVID-19.

We can also be delighted to see so many vaccine projects on the verge of success. The announced elimination of polio in Africa is to be welcomed. We can admire the countless scientists and companies that announce innovations every day that change the way we work. We can applaud the awareness of animal suffering. We do not have enough time to talk about all the positive long-term prospects. And so much more.

Looking out for dangers must not prevent us who live in democracies from extolling the merits of this form of government. So that all humanity can one day come together freely in defense of the rights of present and future generations and of all living beings.