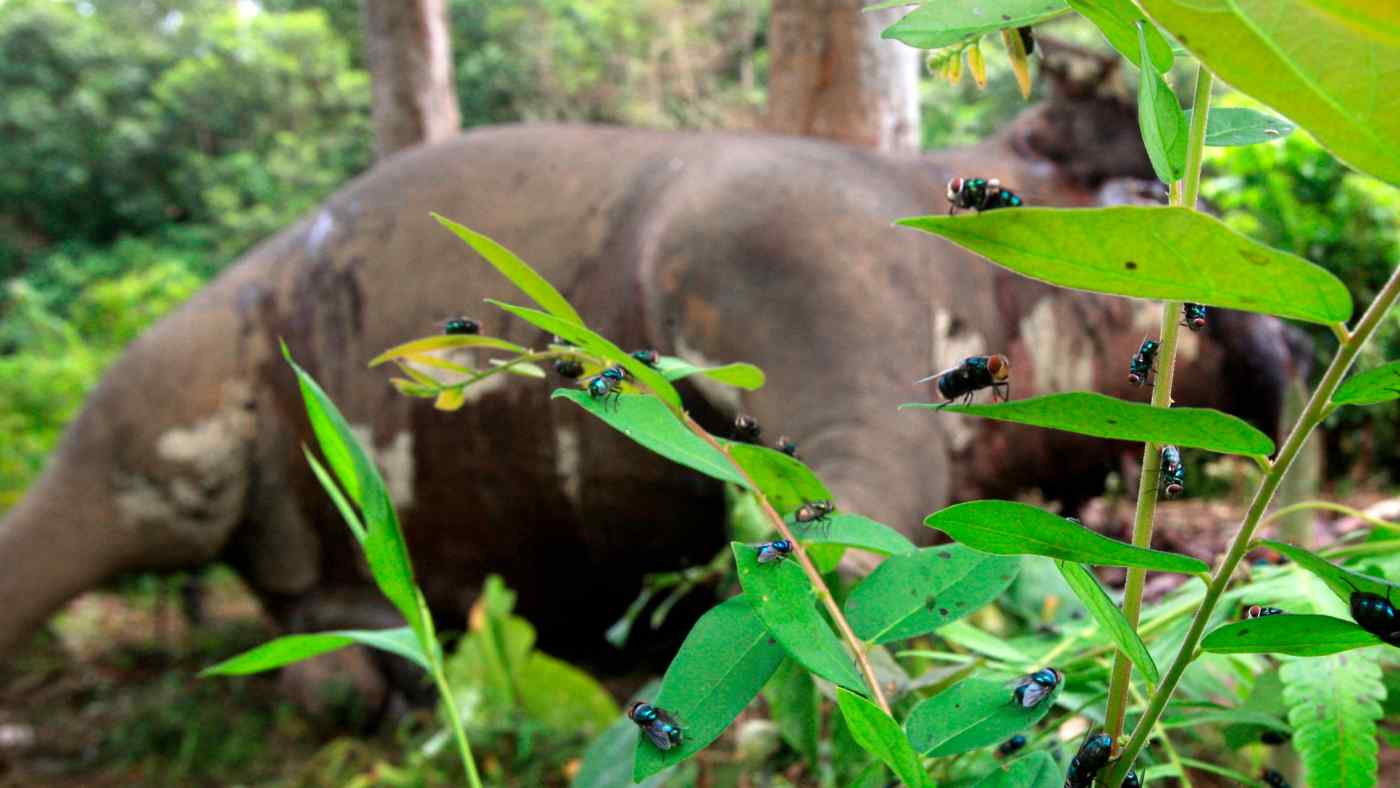 The carcass of a Sumatran elephant allegedly snared and killed by poachers for its tusks in Rantau Sabon village, Indonesia, pictured in July 2013: the carnage and crime must be stopped now.   © AP
CopyCopied

John Gruetzner researches AI applications to counter illegal wildlife trade at the E-Ranger Lab in Canada and is a fellow at Canadian Global Affairs Institute. He was previously a China-based business adviser.

When they meet in the southern Chinese city of Kunming in October, delegates from nearly 200 countries that are party to the United Nations Convention on Biological Diversity will be asked to vote on a proposal to raise targets for protected land and oceans from the current 17% of the globe to 30%.

But this goal, if adopted, will still face the challenges of implementation and enforcement and will not prevent the depletion of wildlife in protected land and national parks caused by illegal and legal wildlife trade.

Stronger action is needed. In this era of pandemics, it is time to ban all cross-border flora and fauna trade to reduce the risk of zoonotic diseases and the destruction of biodiversity. Our natural resources have economic, cultural and spiritual values, and implementing this ban as the world recovers from the COVID-19 pandemic would be a timely if not crucial move to mitigate the potential of another pandemic. Research has proved that the trade and consumption of certain forms of wildlife has a direct link to the spread of deadly viruses among humans.

A new United Nations biodiversity report warns that "humanity stands at a crossroads with regard to the legacy it leaves to future generations," because "biodiversity is declining at an unprecedented rate, and the pressures driving this decline are intensifying."

Banning all forms of cross-border wildlife trade, with the exclusion of fishing, is a critical stopgap to protect biodiversity until the world can take stronger action on climate change and the rewilding of degraded land. Biodiversity is important to environmentalists for ethical reasons, and to pragmatists as a source of genetic material for the rejuvenation of agriculture or a source of new medicines.

Achieving a ban could also be the first step of a renewed global governance process, the benefit of which extends far beyond suppressing the slaughter of wild animals.

The impetus for a ban stems from a substantial and growing body of research, some of it pointing to the better use of new technologies. For example, the Canada-based E-Ranger Lab has been examining the role that artificial intelligence can play in disrupting illegal wildlife trade on the internet. One aspect of this research reveals that the impact of such a ban would exceed government and civil society enforcement programs. The complexity and costs of enforcement by government and civil society to stop the poaching that drives the illegal wildlife trade can be reduced if a ban on all trade is implemented. 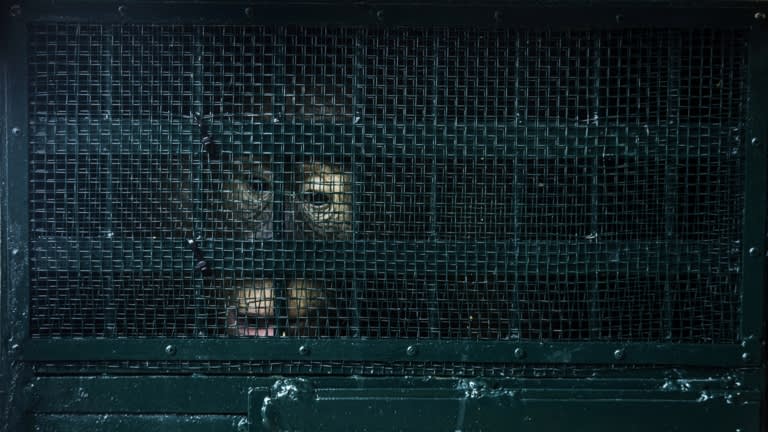 An infant Sumatran orangutan in a cage, pictured while transiting at Kualanamu International Airport in Indonesia in December 2020: the wild animal was a victim of illegal trade, which local authorities had successfully confiscated.   © Sipa/AP

A global trade ban on wild fauna and flora would increase the potential number of species to be smuggled -- since species that are currently legally traded might shift to underground channels. Yet, it would also help police, customs and airlines and shipping companies to identify and crack down on such trafficking by reducing the knowledge base required to track individual species. It would also make it easier for nongovernment organizations to disrupt the trade. Currently, policing global wildlife trade requires training and a specialist level of understanding of the species list kept by the Convention on International Trade in Endangered Species of Wild Fauna and Flora (CITES) and the International Union for the Conservation of Nature.

Due largely to the complexities of adding a species to the CITES list, less than 5% of the rare species of flora and fauna that qualify to be on the list are subject to trade restrictions, which limit the ability to control the increasing trade of new types of fauna that are deemed to be scarce.

With enforceable punitive economic penalties and criminal charges that carry prison sentences, a global ban would likely encourage many of the 196 CITES signatory countries to adopt higher levels of domestic compliance. It would also decrease demand and would likely lead to better domestic policies that would provide more protection to borderline species facing extinction.

Adopting this initiative in Kunming would also encourage China to take the lead in diplomatic engagement on the issues. A recent Chinese government white paper: Building A Shared Future for All Life on Earth: China in Action highlights the common interests among countries and the potential for further international agreement. Such a ban would be consistent with China's own movement to ban domestic wildlife trade after the initial discovery of COVID-19 in Wuhan in late 2019. In regional terms, illegal wildlife trade in Southeast Asia is estimated to driving 25% of global wildlife trade, according to the "Illegal Wildlife Trade in Southeast Asia" report by the OECD Directorate for Public Governance.

The challenges to forging an international consensus on a ban are too diverse to list here, but agreeing to start negotiating for such an agreement remains a critical exercise. The aim should be a clear and legally binding commitment rather than a complex treaty. Agreement on the broad principles underpinning such a ban in accessible and easily understandable terms can be swiftly accomplished.

Haunting images on the internet of elephant carcasses without tusks, rhinos without horns, and numerous other wild animals killed by poachers are the legacy of illegal wildlife trading. The carnage and crime must be stopped now. And in the pandemic era, we owe it to ourselves to strengthen international cooperation to curb the rise of the next deadly virus.