Chadchart Sittipunt speaks during his campaign rally at Lumpini Park in Bangkok on May 9: If he can get Bangkok moving forward again, so can Thailand.   © Sipa/AP
CopyCopied

While Thailand's gifted geography, critical mass and diplomatic history mean that it cannot be dismissed, it has consistently performed as an also-ran.

Over the last two decades, Thailand's political trajectory has followed a path of getting up and falling down, time and again, across four elections, two military coups and two constitutions.

Still, Thailand took a significant step toward getting back on its feet last month when Bangkok voters elected Chadchart Sittipunt, a 56-year-old civil engineer previously associated with the Pheu Thai Party founded by former Prime Minister Thaksin Shinawatra, as their new governor. With a general election due by early next year, Chadchart's meteoric rise has triggered a surge of optimism that Thailand can perform much better.

Whether Chadchart actually gets a chance to run the capital more effectively will be a sign of how far Thailand's military rulers will be prepared to compromise when it comes to relaxing their grip on power and allowing democracy to flourish.

To be sure, Chadchart is not a political novice. A former university lecturer in engineering, he served as transport minister under the government of Yingluck Shinawatra, which was overthrown by the military in May 2014. Biding his time, Chadchart took on a private sector role before announcing his Bangkok gubernatorial candidacy two years ahead of his peers, starting his own projects for community development in the capital's downtrodden neighborhoods.

His hard work paid off when he won the Bangkok election by an overall majority of 51% to prevail over the military-conservative establishment.

With more than 1.7 million votes combined, the numbers for Chadchart and two other pro-reform candidates represented roughly two-thirds of votes cast, consistent with how Bangkok voters chose progressive candidates in the 2019 general election.

The four candidates representing the conservative establishment amounted to fewer than 800,000 votes, suggesting a broader and familiar pattern of political polarization and conflict.

Despite the mudslinging from opponents who emphasized his links to Yingluck and, by association, her brother Thaksin Shinawatra, Chadchart stayed away from gutter politics to concentrate on public welfare and livelihood issues with policies from garbage collection and skills training to primary education and corruption eradication.

Chadchart has been magnanimous in victory, reaching out across the political divide and sending overtures to Prime Minister Prayuth Chan-ocha, who led the most recent coup eight years ago that saw Chadchart arrested, hooded and detained for a week.

Armed with an authentic can-do approach, Chadchart is not focused on budgets and projects for the Bangkok Metropolitan Administration, the routine sources of commissions and kickbacks among elected politicians and unelected generals, preferring to put unused land and resources to good use.

His way of doing things is to first maximize existing resources and then decentralize and delegate for better and more productive outcomes. His tenure so far has resembled a reality governorship with daily livestreaming of his teamwork and technocratic duties and activities, offering unprecedented public access, transparency and accountability.

Given Thailand's long political decay, Chadchart is restoring the country's self-confidence and Thais' sense of self-belief that tomorrow can and will be better than today. But as his honeymoon period will soon subside, the Bangkok governor faces daunting and dark challenges.

The high public expectations behind his election triumph reflect Thailand's long-standing political malaise and economic slump, as well as public frustration over the incompetence of the royalist-military-conservative ruling regime that has been steering the country to nowhere.

No doubt the going will get tough for Chadchart. If he wants to do the job right, he will have to tackle corruption, fight against Bangkok's bureaucratic inertia and confront big businesses that have long exploited Bangkok's consumers.

When anti-establishment street protests calling for reforms to the royal family's role erupt again, Chadchart will find it difficult to stay out of the fray. He will face further pressure to intervene in the event of further violations of basic rights and freedoms.

Chadchart will also have to operate under the glare of his critics and detractors in the military-conservative establishment who would rather see him fail, particularly Prime Minister Prayuth himself, because Chadchart's success would expose their sheer incompetence and ineptitude. 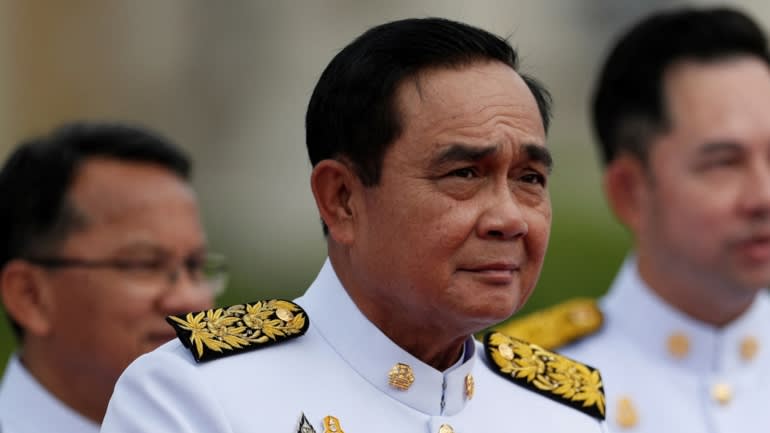 Every day that Chadchart is out there working effectively and diligently for the people of Bangkok will be a constant reminder to everyone how much Thailand has fallen behind and how much the country has squandered its opportunities in recent years. Chadchart can only hope that being in charge of the capital rather than the whole country will minimize the threat he poses to the regime.

If Thailand were a ship, then the country's conservative-military elite might not mind if the country were to sink, as long as they could cling to the mast and go down last.

On the other hand, working to propel a forward-moving vessel that can benefit all would be detrimental to this same elite because it would undermine the source of their power.

Chadchart may not have all the answers to Thailand's problems. He is, after all, just the governor of Bangkok for the next four years. But if he can get Bangkok moving forward again, so can Thailand. For the first time in years, the possibility that Thailand can do better and get ahead is on the horizon, just in time for the upcoming general election.