Bank of Japan is deluded to think deflation fight is over 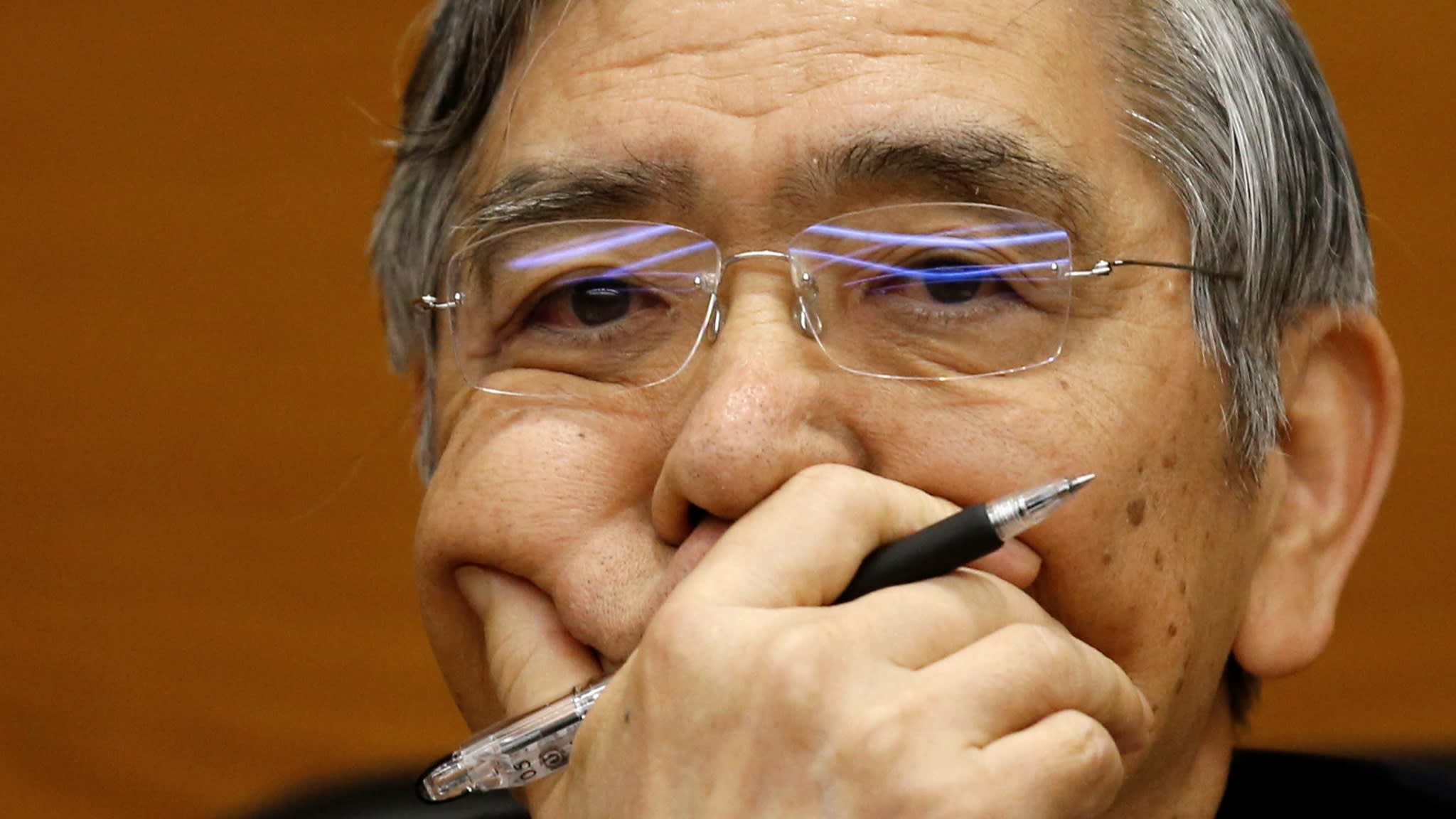 Has the Bank of Japan lost its senses about its decades-long battle against deflation?

It is hard not to wonder as Governor Haruhiko Kuroda declared victory at a symposium in Washington on July 22. "For the first time in about 15 years, Japan's economy is no longer in deflation," Kuroda said. He added: "Positive annual CPI inflation has taken hold."

In the most technical of senses, Kuroda could perhaps make that case. True, the consumer price index, excluding fresh food, rose 0.6% year-on-year in June.

But central bankers wisely heed an economy's trajectory more than just the most recent data series, and there are also economic data hinting at losses ahead. It is here where Kuroda may be missing the true state of affairs and downplaying rising odds the BOJ may soon be easing again.

For one thing, the June increase in core CPI marked a two-year low. And far from hitting Tokyo's 2% inflation target, prices have had a hard enough time piercing 1%. For another, top-line growth and data on exports, industrial production, investment and wages are moving the wrong way for Kuroda's deflation-is-dead line. The wage element is most ominous of all. Inflation-adjusted pay fell for a fifth straight month in May. That 1% year-on-year-decline followed a fall in April, the clearest sign yet that the global trade war is spooking Japanese executives. Also troubling was that overseas shipments fell in June for the seventh month straight.

That, in turn, is hurting corporate confidence. A monthly Reuters survey of sentiment among Japanese manufacturers found business confidence hit a three-year low in July.

Taken together, these data speak to the intensity of headwinds gusting Japan's way. They also leave little doubt that Japan will shift back into stimulus mode.

Japan's 2.2% annualized growth in the first quarter looks like ancient history as U.S. President Donald Trump's tariffs wallop Asian growth. China, Japan's main customer, grew at the slowest pace in 27 years in the second quarter. That decline in growth can be seen in the dwindling number of goods Japan is shipping there, down a tenth in June, year-on-year, the fourth straight monthly decline.

In his post-July 21 election news conference, a triumphant Prime Minister Shinzo Abe said: "We will respond to downside risks without hesitation and take flexible and all possible steps." Already, his government has earmarked $18.5 billion of stimulus this fiscal year. The odds favor far more than that as Trump's tariffs crimp regional demand.

There is a solid chance Abe will delay a sales-tax hike planned for October. A 2014 boost to 8% from 5% caused a mild downturn. Abe argues hiking it to 10% is necessary to pay down runaway government debt. As such, he views it as a moment of political truth.

To former BOJ Deputy Governor Kikuo Iwata, it would be an own goal, making it "impossible to end the deflation cycle."

Yet tax hike or not, Kuroda will come under increasing pressure to act. His deflation-is-over talking points are falling flat as price pressures recede and national growth slows. Upward pressure on the yen-dollar rate is also likely to force Kuroda's hand.

For two years now, Trump has complained that a strong dollar is "killing" the world's biggest economy. Trump is browbeating the Federal Reserve into a rate cut the U.S. hardly needs with unemployment near 50-year lows. Any resulting dollar drop would add to Japan Inc's troubles. Trump complains that a strong dollar is "killing" the world's biggest economy.   © AP

Japan's reflation scheme centered on a weaker yen. Starting in April 2013, the BOJ committed to pumping at least 80 trillion yen ($740 billion) into the financial system annually. Those purchases and other steps to inject liquidity helped drive the yen down 30% within a few months. All told, Kuroda's team hoarded about half of all outstanding Japanese government debt.

Its quantitative easing program had the BOJ loading up on stocks via-exchange-traded funds, grabbing as much as 80% of the market. By the middle of 2018, the BOJ became a major shareholder in almost 40% of listed companies.

Perhaps the most tantalizing factoid of all: at the end of 2018, the BOJ's balance sheet topped Japan's entire $5 trillion economy. Not surprisingly, Kuroda is reluctant to push the BOJ's tentacles even deeper into asset markets. He knows, too, that monetary policy alone cannot reflate Japan.

If Milton Friedman, the father of monetarism, were still alive, Japan would have him back at the drawing board. The Nobel laureate, who died in 2006, argued that inflation -- thus deflation -- is "always and everywhere" a monetary phenomenon. Not so in Japan, which has been holding rates at, or near, zero since 1999 without generating stable inflation.

One key caveat: demographics. As predecessor Masaaki Shirakawa warned Kuroda years ago, an aging and shrinking population tends to be deflationary. Retirees buy fewer homes, cars and electronics than twentysomethings.

The dearth of major reforms does not help. Kuroda's monetary "bazooka" was meant to prepare the field for a "Big Bang" of deregulation, but Abe's team shelved bold plans to cut bureaucracy, loosen labor markets and catalyze an innovative boom, outsourcing the job instead to the BOJ.

The government hoped companies would share profits from a weaker yen with workers, kicking off a virtuous reflationary cycle. It turns out that CEOs are waiting on Abe's reforms.

This standoff helps explain why the "deflationary mindset" Kuroda promised to change is proving so persistent. What this means is that Kuroda's team will be pumping more cash into markets in the weeks and months ahead.

What good might it do? Monetary science, as Friedman held, is as much about persuasion as the money supply. The BOJ seeming asleep on the job as the yen rises and deflationary forces stir would further undermine confidence. Investors and households would have every reason to conclude that today's growth is as good as it gets. The BOJ also needs to chasten speculators tempted to bid the yen higher.

Options for the BOJ include focusing on non-government-debt assets. It could buy up mortgage-backed and asset-backed securities. It could load up on municipal debt to create fiscal space for rural governments to increase stimulus and investment. The BOJ could start adding foreign debt to the mix as means of capping the yen.

But Kuroda cannot do it alone. Abe's Liberal Democratic Party must use its new election mandate to raise Japan's competitive game. Nothing would alter the economic plot faster than bold supply-side reforms that enliven Japan's animal spirits.