With Trump's trade war upsetting the outlook, better to stand back for now 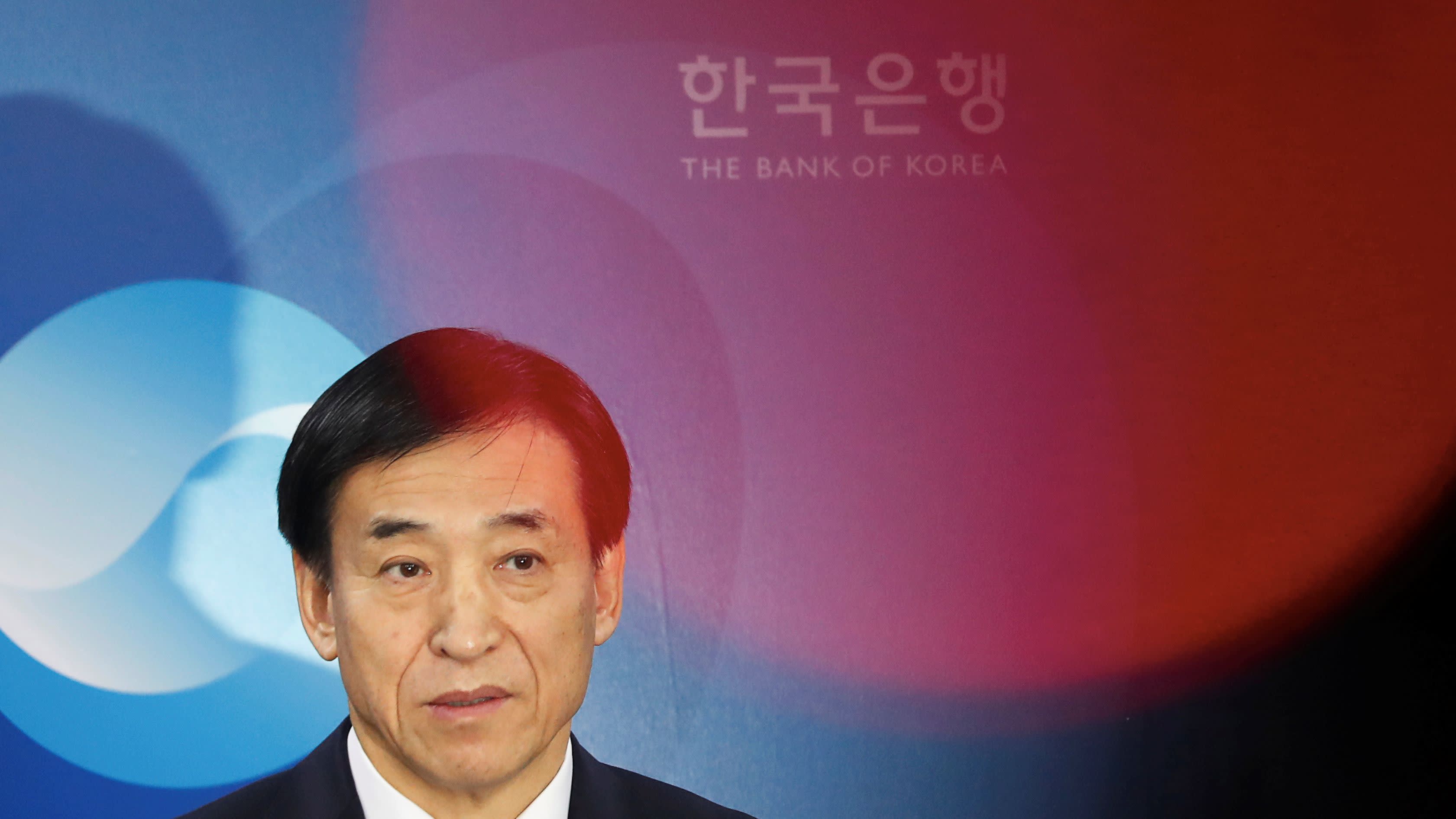 Few central bankers have had a busier four years than South Korea's Lee Ju-yeol. Since April 2014, Gov. Lee has grappled with record household debt, 9% youth unemployment, a presidential impeachment and markets spooked by Pyongyang's threats. But his biggest challenge turns out to be Donald Trump.

Last November, a confident Bank of Korea hiked interest rates, the first major Asian monetary authority to do so since 2011. At the time, Lee's team telegraphed two or three additional 25 basis-point tightenings. That confidence has not aged well, due largely to the U.S. president's escalating trade war.

In May, the White House slapped tariffs of 25% on steel and 10% on aluminum. Last month, it was 25% on some $34 billion of goods from China, by far South Korea's main trading partner. Now Trump is upping that to $50 billion on the way to as much as $500 billion. He also proposed a 25% tax on car imports, a huge potential blow to Korea Inc.

The uncertainty is wreaking havoc with exports. A 6.2% annual gain in July was less than half the 13.5% increase in May (exports fell 0.1% during June). It is anyone's guess how exports fare in August, but the trajectory of related data is unencouraging.

Factory activity contracted for a fifth straight month, according to the Nikkei purchasing managers' index. The July reading of 48.3 marked a 20-month low. The drops in both output and new orders fit with signs of slowing job growth. In the first six months of 2018, Korea added roughly 836,000 jobs, less than half the pace from a year earlier.

On Friday, investors will get a fresh read on job growth in Asia's fourth-biggest economy. Odds are, it will not augur well for plans to raise the benchmark from 1.5% to 1.75% on Aug. 31.

Events since November's hike have Lee's team with a trickier situation than peers around the region. Last Thursday, the Philippine central bank raised its benchmark 50 basis points to 4%, the biggest move in a decade, to curb runaway inflation. A week earlier, the Reserve Bank of India tightened a second time in two months -- by 25 basis points to 6.5% -- to support a currency under downward pressure. Lee, by contrast, faces a dilemma.

What should Lee do? Delay hiking rates until later in the year.

Lee's preference has been to stay the course toward normalizing monetary conditions, post the 2008 global financial crisis. The minutes from the BOK's July 12 policy meeting betray a hawkish tone. Some board members cited a widening differential with the U.S. as reason to raise the benchmark this month. Others, a desire to rein in a $1.3 trillion household borrowing bubble.

But headwinds zooming Korea's way warrant caution. Inflation risks, for example, are becoming less acute. The 1.5% rise in consumer prices in July from June was comfortably below the BOK's 2% price ceiling. And with growth expected average 2.8% to 2.9% this year, down from 3.1% in 2017, upward pressures might be waning.

The BOK may focus on President Moon Jae-in's latest minimum wage hikes, which could affect short-term inflation dynamics. While the 10.9% bump kicks in next year, it is on top of this year's 16.4% boost. The counterargument, though, is that many mom-and-pop shops, the biggest minimum wage payers, may lay off large blocks of workers. Those minimum-wage gains, shop owners complain, vastly exceed gross domestic product trends.

Trump's assault on world trade does not help. A 4.6% drop in the won versus the dollar this year is helping to cushion the blow. Yet Trump, too, is angling for a more competitive exchange rate, even jawboning his Federal Reserve to throttle back rate hikes. And there is no telling where this White House will toss its next grenade.

In some ways, Korea is well positioned to ride out the storm. Its government bonds are enjoying something of a safe-haven bid. While emerging markets in Asia suffer withdrawals, foreigners pumped more than $30 billion into Korean debt this year.

The bad news is how little headway Moon has made on retooling the economy. Moon was elected 15 months ago to wean Korea off its hyper-reliance on exports and a handful of family-owned corporate giants for growth. Instead, he has spent the vast majority of that time reaching out to North Korea. The detente has had some clear high points, including Moon's two meetings with North Korean leader Kim Jong Un. Economic reforms have suffered, though.

Moon's predecessor, the impeached Park Geun-hye, squandered her four years in the presidential Blue House. She talked big about making space for small-to-medium sized enterprises to thrive. She pledged to catalyze a startup boom, encourage risk-taking and devise a more "creative" economic model. Doing so means reining in dynastic monopolies known as "chaebols." Instead, Park is in jail on bribery charges involving those conglomerates.

There is still time for Moon to implement his "trickle-up" growth strategy. With sliding approval ratings, though, there is not a moment to waste. Gallup Korea had him at 60% on Aug. 3, down sharply from 83% in April. The hurdles standing in the way of recalibrating the economy have increased markedly since then. Trump's tariffs are the biggest, and they are complicating Seoul's efforts to harness global demand.

Trump, for example, refuses to give Korea a pass on car tariffs. That is despite Moon's gesture as part of a revised free-trade deal to increase quotas for U.S. cars entering Korea. That uncertainty is affecting production schedules, upsetting supply chains and stymying efforts to reduce youth unemployment.

Another uncertainty: tightening monetary policy at home. As recently as July 27, Lee expressed confidence the economy could take an additional monetary punch. "To prepare for what's to come next year and beyond," he told parliament, "there may be a need to adjust the extent of policy accommodation to secure policy room."

Why risk it, though? There is an argument that steady rate hikes will enhance confidence in Korea, a sort of all-clear sign that normality has returned. It also sets up quite a contrast with a Japan stuck at zero indefinitely and a China scrambling to ramp up stimulus.

Waiting a few months will not cost Lee's team much. With macroprudential tweaks, regulators can tamp down on household borrowing and other financial imbalances in less disruptive ways. The costs of policy mistakes in the Trump era are fasting rising. Lee's team would be wise to avoid its own.