Bank of Korea should not fear cutting rates to zero

Fallout from the U.S.-China trade war and Seoul's own widening trade dispute with Tokyo are slowing the momentum of South Korea, Asia's fourth-largest economy. As a result, the Bank of Korea is likely to trim its benchmark interest rate when its policy committee meets on Oct. 16.

But as the country will probably report a week later that economic growth in the July-September period declined to around 0.5% from the previous quarter, the central bank needs to start considering deeper cuts to its benchmark rate and possibly going down to zero if the economy gets even more sluggish.

Economic growth would already be close to zero if not for the government's assertive fiscal policy. While South Korea reported year-on-year gross domestic product growth of 2% for the April-June quarter, only a tenth of the increase in output could be traced to the private sector; the rest all came from higher government spending.

The monthly figure was somewhat distorted by declines in food prices from last year's especially high levels, helped by recent favorable weather, and reductions in high school tuition fees, pushed through by the government. While sustained deflation still appears unlikely, price growth is set to stay well below the Bank of Korea's official target of 2%. Figures for goods exports, business investment, corporate profits and consumption are hardly more encouraging. Overall export growth has been steady, but this can be traced mostly to a temporary boost from the services sector as China visitor traffic returned to normal levels after the end of an informal boycott related to South Korea's hosting of U.S. antimissile systems.

Business investment growth in the second quarter was driven wholly by government spending, with private capital investment declining 1.6% from the quarter before. Given the weakening outlook and the global shift toward monetary easing, the Bank of Korea should consider more aggressive policy moves than the upcoming expected 0.25% rate cut. Central bank Governor Lee Ju-yeol has said that the South Korean benchmark rate's "effective lower bound" -- in other words, the lowest rate it would conceivably consider -- should be above those of developed economies, but he has offered little justification.

On an inflation-adjusted basis, South Korea's benchmark rate is actually much higher than the headline figure of 1.5% would indicate. Based on September's headline inflation rate, the effective real policy rate is now 1.9%, almost quadruple the 0.5% average rate seen over the past 18 years.

In fact, the inflation-adjusted policy rate was below zero for about three years amid the global financial crisis and also again in 2017. In those periods, real benchmark rates below zero proved effective in boosting domestic demand in South Korea.

The Bank of Korea should bear these lessons in mind in considering how to respond to the slowing economy rather than overly worrying about the headline interest rate. A lower benchmark rate would reduce credit costs, in turn giving a needed boost to domestic demand and inflation. The won can be expected to weaken as a result, in turn making South Korean exports more attractive abroad.

But South Korea's relative financial position is much stronger now than it was then. Measured in terms of the country's net international investment position relative to gross domestic product, South Korea is no more vulnerable than Japan was when it first adopted a zero benchmark rate and better off than China is now.

South Korea can continue to rely primarily on government spending to power the economy through the current difficult environment. But if GDP growth continues to slow, the Bank of Korea will need to step up its own support. The central bank should not rule out going to zero or below. 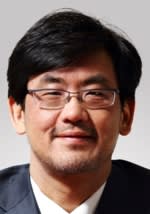