Vital maritime area is strategically up for grabs 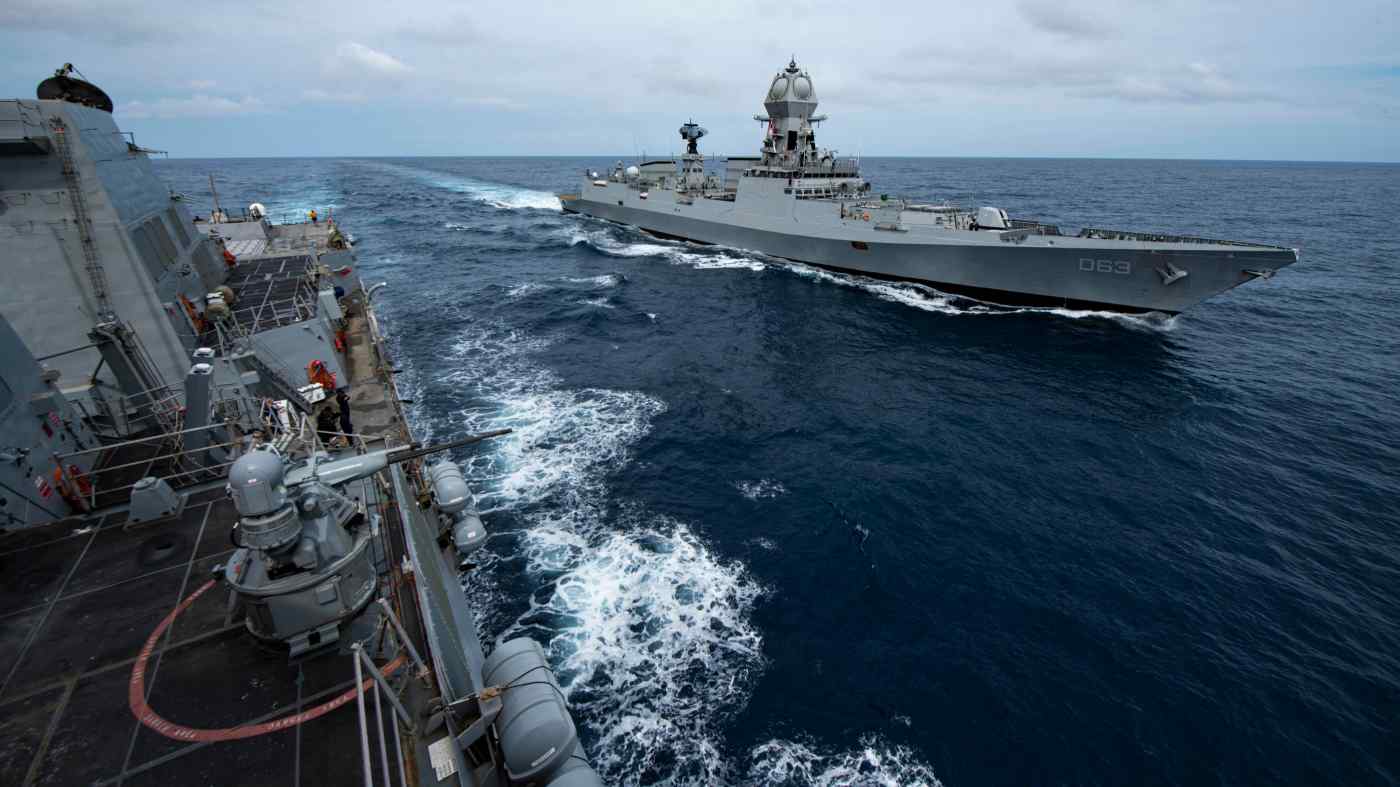 Joe Biden's list of inauguration pledges on Jan. 20 will be long and largely domestic. But as he grapples over the coming months with his new administration's many conflicting priorities in Asia, the United States President must focus attention on one lesser-heralded area: the pressing need for a new approach to the Indian Ocean.

Biden ought to be well aware of the risks of poorly formed maritime policies, given the many mistakes made over the South China Sea during his time as Vice President. Back in 2012, the Obama administration faced a tense standoff between China and the Philippines, as vessels from both nations massed around a disputed reef called Scarborough Shoal, not far off the Filipino coast.

U.S. officials, including Kurt Campbell, Biden's recently appointed Asia czar, brokered what they thought was a resolution. Yet ultimately that deal did little to stop China pressing ahead with an island-building campaign that would change the region's geopolitical balance, leaving the U.S. impotent in the face of Beijing's determination.

The risk in the Indian Ocean is more subtle. A literal repeat of Chinese island construction is not likely. But China's islands of influence are nonetheless growing across a region that stretches from Malaysia to Mozambique. Beijing now has a military base in Djibouti, as well as port projects with potential military uses in a host of other nations, from Myanmar to Pakistan. Expanded influence remains a priority for Beijing, hence its efforts befriending island nations from Sri Lanka and the Maldives to the tiny Comoros off the African east coast.

Those seeking to balance China's sway should be well placed, at least in theory. India is the region's dominant player, by dint of geography alone. The U.S. has long played a major role, even if the focus has often been dragged north by ties with Afghanistan and Pakistan. Japan, Australia and France are all important actors, and all sceptical about growing Chinese influence.

Yet there remains a risk of poor coordination, insufficient resources and distraction. Beijing offers up everything from military equipment to infrastructure and vaccines. When smaller Indian Ocean nations seek partners, for instance to balance their traditional relationship with India, China looks like a good bet.

Biden's new Asia team recognizes this. Campbell's appointment as the National Security Council's Indo-Pacific coordinator will reassure many in the region. He is a known quantity and has a deep background in South Asia. Yet U.S. policy is still likely to remain focused on China and its immediate neighborhood, in effect fighting the last war, not the next. The Indo portion of the Indo-Pacific could well become a sideshow. Kurt Campbell's appointment as the National Security Council's Indo-Pacific coordinator will reassure many in the region.   © AP

This is problematic as the Indian Ocean becomes an increasingly important focus for a new era of great power competition. It remains economically vital, acting as a conduit for roughly four-fifths of global seaborne trade. But it is strategically up for grabs too, with no dominant player and plenty of space in which rival regional powers can and will seek to increase their influence.

This is not to say that the U.S. lacks ideas, at least in terms of its military presence. Last November Trump's outgoing Navy Secretary Kenneth Braithwaite floated the idea of recreating the U.S. 1st Fleet, to be based either in or close to the Indian Ocean. At present the U.S. Navy operates seven fleets, including the 5th Fleet based in the Middle East. The 1st Fleet was originally retired in the 1970s.

The rollout of this notion did not augur well, however. Braithwaite hinted the new fleet could be based in Singapore, much to the surprise of Singapore itself, which issued a terse statement. In general, the plan did not seem to have been well-coordinated with U.S. partners in the region. It is now in limbo.

At base, the Indian Ocean is a test case for the kind of role Biden might seek in Asia. "The U.S. should encourage new military and intelligence partnerships between regional states, while still deepening those relationships in which the United States plays a major role," as Kurt Campbell put it himself, in a co-authored Foreign Affairs essay, published just before his appointment. Rather than acting bilaterally, Biden should try to place "a 'tire' on the familiar regional alliance system with a U.S. hub and allied spokes," he argued.

This is the right idea, although fabricating and fitting that tire remains a complex task, and one for which the U.S. has little practice. Washington's economic influence across Asia is declining, meaning it must work more closely with other nations like Japan and India, and especially so in the Indian Ocean. Its military power remains formidable, but even there keeping pace with China means both doing more itself and helping its partners do more too. Further deepening ties with India will be a major priority, for instance via direct military cooperation in areas like anti-submarine warfare.

Even so, learning this new role must remain critical if the U.S. is to maintain regional influence during the course of Biden's first term. If it fails, the Indian Ocean -- like the South China Sea before it -- risks quickly drifting toward Beijing.