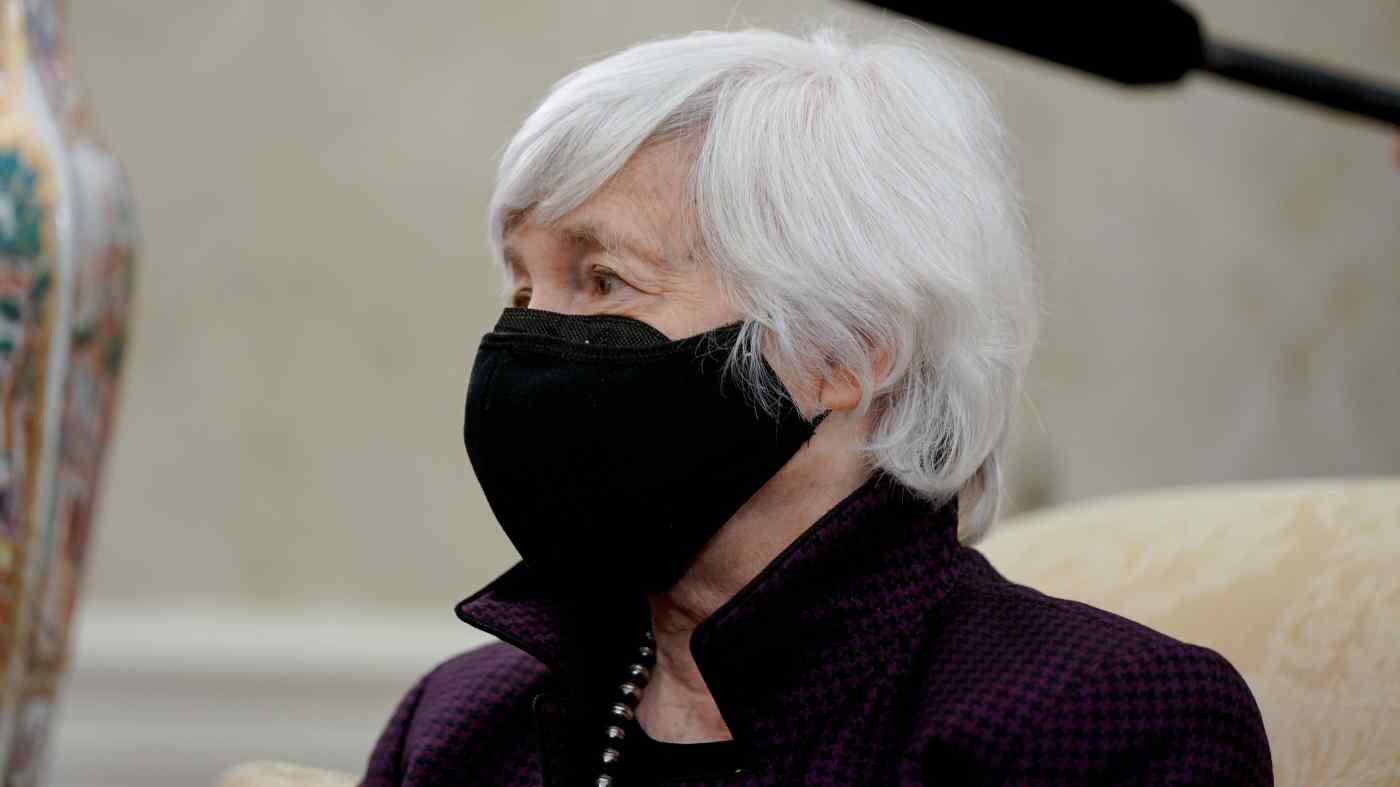 If Joe Biden's Treasury Department is playing three-dimensional chess on exchange rates, it might want to share the rules with Asia.

This region tends to bear the brunt of Washington's currency-manipulator sweepstakes. And this year's awards could be more puzzling than usual, with China getting a pass while ally Taiwan gets called out at the worst possible moment.

One reading is that Treasury Secretary Janet Yellen is rethinking the game. In January, she said the U.S. must stop obsessing about bilateral trade deficits as a "single catchall metric." A better take is that the U.S. is signaling to China's Xi Jinping that it is finally time to sit down and talk.

No, President Biden and Yellen are not about to bow to Beijing. What they do seem ready for is the reset that the globe's most important and fraught trade relationship desperately needs.

Yellen is not known to tweet, but her comment about moving beyond a one-dimensional focus on deficits alone is some world-class trolling of Donald Trump's bumbling reign.

Trump moved into the White House in 1985. And he spent four years trying to relive an earlier era with retrograde trade wars, banning individual companies and obsessing about exchange rates. In place of Japan, his 1980s economic boogeyman, Trump inserted "China" in a worldview three-plus decades past its sell-by date.

Trump ended up selling Americans short. After all those taxes on hundreds of billions of dollars of goods and trying to sabotage video apps popular with teenagers, the U.S.-China trade deficit is even bigger today. All he reduced was American's clout.

Enter Team Biden, which is spending its first three months addressing a pandemic Trump allowed to spread. Now the focus is shifting to mending fences with America's most important customer.

Giving China a pass on a currency manipulator label is an easy concession to make. Yellen is no dolt. She knows full well that, regardless of the dollar-yuan rate, Beijing intervenes massively through a labyrinthine network of state-owned enterprises. Yellen also knows that post-Trump, the U.S. has a credibility problem.

Trump, after all, did not try to hide his own dollar manipulation ploys -- often right on Twitter. A Trumpified Federal Reserve, meantime, made Bank of Japan officials blush with its turbocharged moves to flood the globe with dollars.

The Taiwan piece may be its own chess strategy. Clearly, President Tsai Ing-wen's government needs a friend in the face of an increasingly aggressive China. U.S. tech giants, meantime, need a friend amid a global chip shortage that has them relying on Taiwan Semiconductor Manufacturing Co. (TSMC). 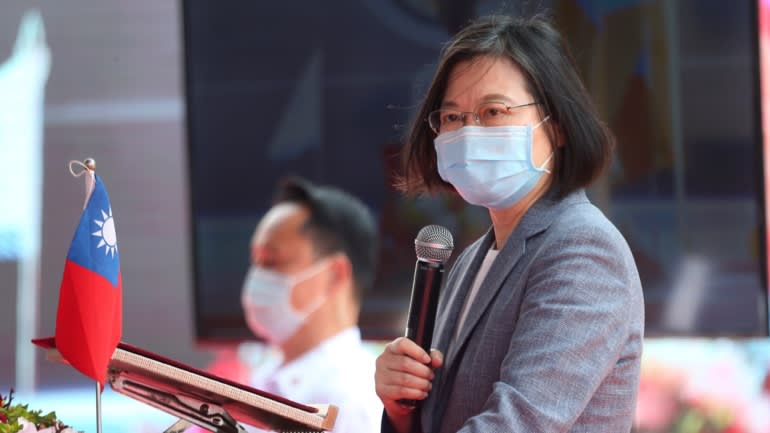 Tsai Ing-wen delivers a speech in Kaohsiung on Apr. 13: Taiwan needs a friend in the face of an increasingly aggressive China.   © AP

Taipei arguably meets the criteria for the Treasury's name-and-shame list in terms of trade- and current-account surplus size and net purchases of foreign currency. Adding Taiwan to the list is just a face-saving gesture. Biden's team gets to call out offending Asian economies without having to follow through with sanctions.

It is wise to depoliticize the process. In December, geopolitical tongues wagged as the Trump gang slammed Vietnam and Switzerland with "manipulator" labels. Presumably, Vietnam got punished for scoring most of the manufacturing jobs fleeing China. Switzerland, meantime, is home to the World Health Organization, one of Trump's COVID-era boogeymen.

But Biden's pivot to Asia is a two-part progress that begins on Friday with Yoshihide Suga's visit to the White House. Along with broaching COVID-19 and security concerns, this is Prime Minister Suga's opportunity to coax the U.S. back into the TPP, bringing the number of members back to 12.

Rejoining the fold, and working to grow its numbers, would increase Biden's leverage to come at Beijing multilaterally. This is Xi's biggest worry: that a newly empowered TPP process will call out China on trade and other issues.

Surely, Suga needs his own boost. Between tepid economic growth and public opinion strongly against staging a Summer Olympics during a pandemic, Suga's days as Liberal Democratic Party leader may be numbered.

One wild card: a genuine partnership between the U.S. and Japanese leaders to take on China. Former Prime Minister Shinzo Abe was subordinate to Trump -- even nominating him for a Nobel Peace Prize, of all things. A credible Tokyo-Washington reset could change Suga's fortunes. And, perhaps, even get the yen off the Treasury monitoring list.

Biden's first 85 days in office were about handling domestic crises bequeathed him by a bumbling predecessor. The next 85 will be about putting America's global credibility back in circulation in Asia, one geopolitical chess move at a time.