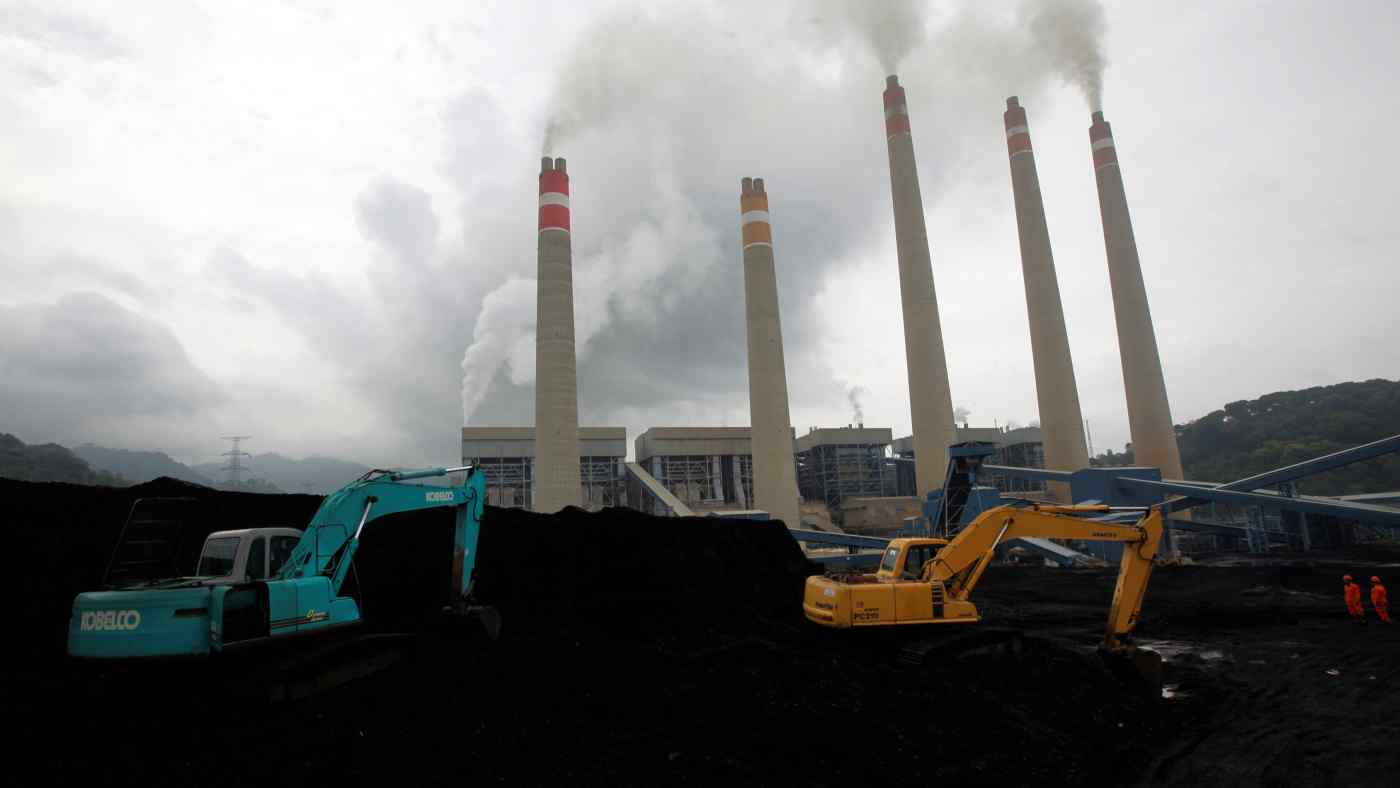 Excavators pile coal in a storage area at a power plant in Suralaya: coal accounts for 60% of Indonesia's power generation capacity.    © Reuters
CopyCopied

Indonesia faces an enormous challenge to ensure affordable electricity generation continues to power economic development, while simultaneously reducing its carbon emissions to achieve its unconditional 29% emissions reduction target by 2030 under the Paris Agreement.

There is no simple answer to reconcile these two competing objectives, but a cost-effective interim solution may be co-firing coal with biomass feedstock.

One of the world's largest coal producers and exporters, coal accounts for around 60% of Indonesia's power generation capacity, with its low cost guaranteeing that it will remain the country's preferred fuel choice to meet ever-increasing power demand, as well as creating barriers to entry for renewable energy developments.

Coal generation is expected to surge to around 65% of Indonesia's power generation capacity as 117 new coal-fired power plants come online, putting the country under increased domestic and international pressure.

Indonesia also faces the growing challenge of securing debt to finance for its coal projects, with lenders in Europe, the U.S., Australia, Japan and South Korea all announcing plans to cease backing such projects, with up to 85% of the financial institutional market no longer accessible to the power industry.

Increasing political and financial pressure will inevitably squeeze coal out of Indonesia's power mix, but the country's seemingly unquenchable thirst for affordable power all but guarantees its relevance in the near to medium term. Co-firing with biomass may present an interim and cost-effective carbon offsetting solution before the eventual retirement of coal power plants.

Made from organic material, including wood, agricultural crops and waste, such as corn and sugar cane, biomass can be used to generate electricity.

Even though carbon is still released when biomass is burned, its proponents argue that this is balanced by the uptake of carbon during the photosynthesis process when plants grow and can thus be considered a carbon-neutral energy source.

Indonesia is blessed with an abundance of biomass. With a large forestry industry, it is one of the world's largest exporters of wood products, and a key palm oil producer and exporter of palm kernel shells to countries such as Japan and South Korea for biomass feedstock use. Workers collect palm oil fruits at a factory in Salak Tinggi: Indonesia is blessed with an abundance of biomass.    © Kyodo

In early 2020, the Ministry of Energy and Mineral Resources (MEMR) and state-owned power authority Perusahaan Listrik Negara announced a plan to initiate co-firing in coal-fired power plants by combining biomass with coal as feedstock. PLN's plans to migrate 114 existing such plants to co-firing by 2024, representing over 60% of the country's current electricity generation capacity.

As of June 2021, PLN subsidiaries Indonesia Power and PJB and other independent power producers have commenced commercially co-firing biomass with coal at 17 thermal power plants.

As part of broader efforts to phase out carbon-emitting power plants, government regulation to mandate compulsory co-firing biomass in power stations are reportedly in motion, which would reduce carbon emissions without a substantial increase in costs or large capital investments into new power plant development.

Developing a sustainable and economical biomass feedstock supply chain is a significant challenge. Biomass is spread throughout the archipelago and is generally bulky in mass. High costs of supply, collection and transportation may offset the carbon gains obtained by co-firing.

While forestry and palm oil industries offer cheap and easy access to biomass feedstock within the country and wood waste products are claimed by PJB to be substantially cheaper than the cost of coal per ton, there is risk that biomass feedstock price may surge.

Developers of biomass power projects complain of the challenge of securing fixed long-term prices for biomass feedstock, which often rise to uneconomical levels when biomass producers appreciate the captive nature of their consumers.

To reduce net supply chain costs and ensure similar operating margins to coal generation, a single government-supported biomass aggregator could be created to collect all biomass materials for a fixed regulated price from biomass producers and on-sell the biomass to power generators. The aggregator would subsequently benefit from economies of scale and regulated pricing of biomass goods.

Government subsidies could also incentivize and reward users of biomass as feedstock. Other countries have spurred biomass co-firing with policy support by means of feed-in-tariffs and other subsidies, which could also account for costs incurred in relation to altering the operational nature of thermal power plants, such as increased ash buildup, corrosion and fuel usage inefficiencies.

Indonesia's road to coal phaseout is undeniably a long one and not without challenges. Co-firing with biomass offers a viable alternative to reduce carbon emissions without a substantial increase in capital investments. The government's support for co-firing biomass would be an encouraging step forward in the country's long journey to independence from coal.

Implementation of an economical and sustainable feedstock supply chain will prove to be a difficult feat, but one which will help Indonesia fulfill its ambitious -- but necessary -- net-zero emissions target.

Any views expressed in this publication are strictly those of the authors and should not be attributed in any way to White & Case LLP.