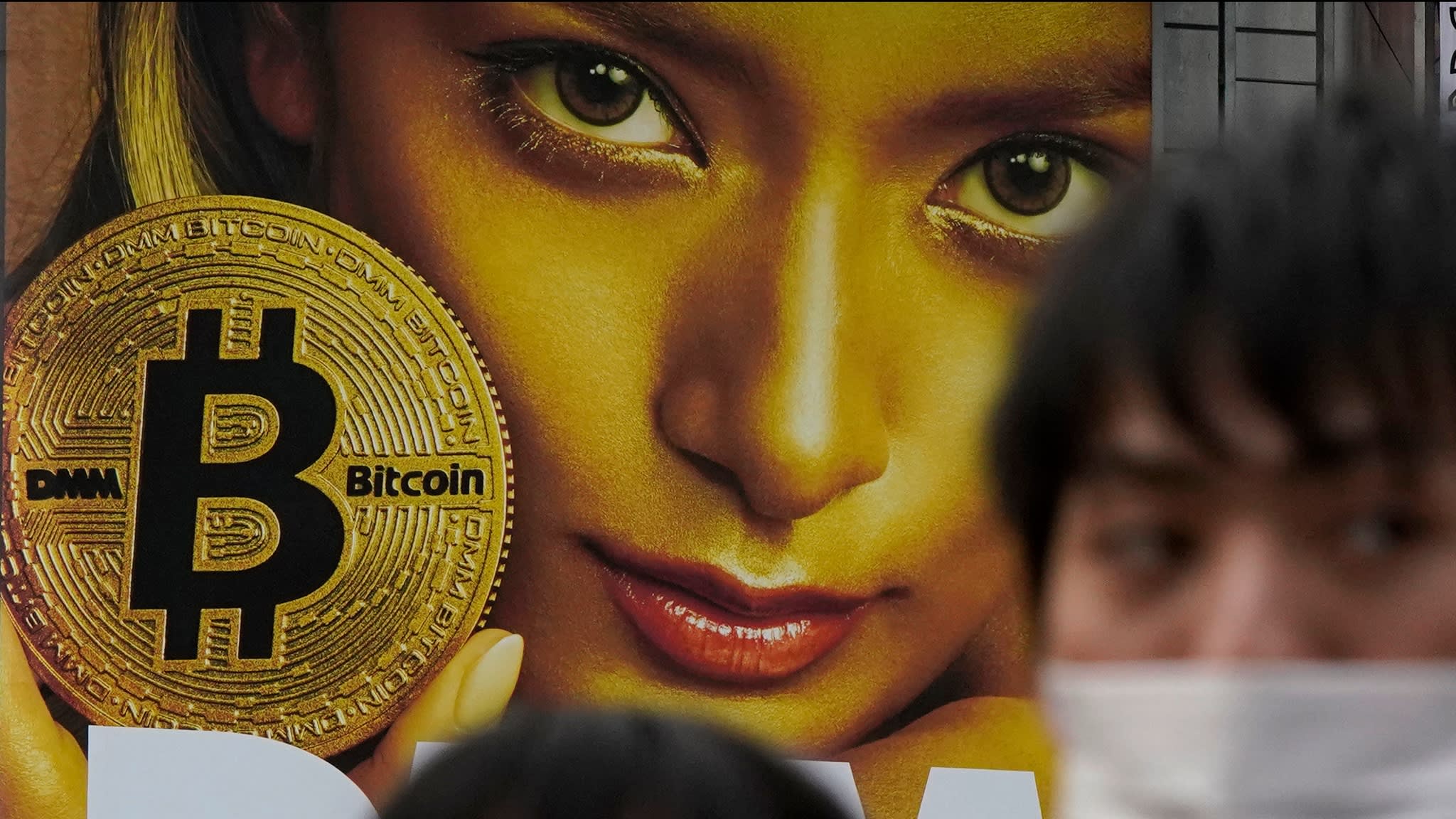 Japan sees the blockchain boom as a chance to increase its share of startups.   © AP
CopyCopied

As if Asia did not have enough to worry about, Bitcoin's dramatic recovery is reminding the region economic conditions could get much worse.

Bitcoin bulls long touted the most famous cryptocurrency as "digital gold," a place for investors to hide in troubled times. That almost seemed to be happening last week as trade-war jitters helped move Bitcoin from the attic to the front pages.

Coincidence or not, Bitcoin's rally above $10,000 tracked the surge in gold prices. Gold's jump above $1,400 per ounce comes as Donald Trump risks adding a military war with Iran to his trade clash.

The rallies in Bitcoin and gold may point to something less visible but still ominous: waning confidence in the dollar, the linchpin of the global economy. The dollar's 2% drop versus the yen this year has traders bracing for a return to the 100 level. That would be a blow to corporate profits and hopes Japan Inc. might hike wages. The longest Japanese expansion since the 1980s owes nearly everything to a 30% yen drop beginning in late 2012. Trump's questionable fiscal stewardship is as much a factor in the dollar's troubles as his trade policies.

The U.S. president has recently threatened to turn his ire toward Europe, India and Japan, raising the odds of increased chaos. Normally, that might help the dollar and U.S. Treasuries. That is, if the man in the White House was not the one fomenting trouble. Hence, the surge for other havens.

Trump's trade war is not going away. Sure, Group of 20 members meeting in Osaka on June 28-29 put on a brave face and feigned cooperation. Yes, Trump claims he is hammering out a "deal" with China's Xi Jinping.

Trouble is, Trump's conflict with Beijing is not likely to go away, no matter what face-saving pact is agreed. Trump's targeting of Huawei Technologies and Chinese tech in general suggests it will be a long battle.

India's Narendra Modi might have thought he had a friend in Trump. Not so much as Trump rails against India's "unacceptable" levies on U.S. goods. That puts Modi's already shaky economy, Asia's third largest, in harm's way.

Japan, too. Prime Minister Shinzo Abe found his big moment in the global spotlight dimmed by Trump turning his sights on the U.S.-Japan security alliance. Though Trump has talked before of scrapping the long-standing arrangement, Abe probably thought his close relationship with Trump might take Washington-Tokyo security issues off the table. Not so much.

Of course, Japan helps the U.S. in very important ways that Trump did not mention: financing its fiscal profligacy. Together, China and Japan own $2.2 trillion of Treasury securities. They will be left holding the proverbial bag should Trump's borrowing binge send 10-year yields skyrocketing from today's 2%.

Trump's $1.5 trillion tax cut in 2017 is just the biggest example of his financial laxity. As the 2020 election approaches, the White House is telegraphing additional tax cuts and increased military spending. That has investors in Asia nervously looking for dollar alternatives.

Japan has long been among Asia's most pro-cryptocurrency nations. Ironic, perhaps, given Tokyo's reputation for risk-avoidance and over-regulation. Tokyo also was the site of two of Bitcoin's biggest hacking scandals -- at the Mt. Gox exchange in 2014 and Coincheck in 2018. But Japan still sees the blockchain boom as a chance to increase its share of startups -- and perhaps tech unicorns. Tokyo was the site of two of Bitcoin's biggest hacking scandals.   © Reuters

Facebook's bold plan to establish a consortium to issue a cryptocurrency called Libra could alter the calculus. The Bank of Japan and the People's Bank of China, for example, have been studying central bank-issued digital currencies. If they went ahead, they would be competing with a social media platform with 2.4 billion active users.

None of this might happen, of course. "Thing is, everyone is talking about what Facebook might do, but none of us really know we are talking about yet," says Tana Pothikamjorn, head of digital platforms at Siam Commercial Bank in Bangkok. "We still need to see how this plays out."

Sage advice. Washington lawmakers were quick to pounce on Facebook's ploy to rival the U.S. Federal Reserve. Even before the Libra news, Facebook was at the center of a "tech lash" thanks to its role in allowing rogue forces to influence the 2016 U.S. election. Congresswoman Maxine Waters, head of the powerful House Financial Services Committee, already scheduled hearings. She requested a "moratorium on any movement forward" given Facebook's "troubled past."

That might suit many Asian governments just fine. For example, Facebook's plan to meet the "daily financial needs of billions of people" would complicate China's designs on the yuan rivaling the dollar.

Libra would not be a speculative asset, but one offering stable value linked to a currency basket. It follows that after getting used to buying coffee with Facebook's new money, users might see it as a place for savings. Banks? What are those? How, then, would central banks influence economies?

China's desire to displace the dollar is as much about power as financial pragmatism. Thanks to the dollar's reserve-currency status, everything, especially issuing debt, is a little cheaper for Americans. China wants that benefit. Someday, so will India, Indonesia and others might, too. All this gets very complicated, if consumers are using Libra.

Lost tax revenues will be a big concern. Shoppers using Facebook could bring e-commerce to new levels, bypassing sales levies. Governments from Seoul to Singapore, meantime, would find it harder to manage currencies or use capital controls for competitive gain. All this might make governments order Zuckerberg to leave the currency game to them.

In the meantime, Trump's trade war is shaking up today's currency markets. Despite the likely truce, the odds still favor Trump later expanding the battle and prompting investors to take cover anywhere they can find it. Even in Bitcoin.