Uncertainty and challenges ahead require vision, commitment and coordinated action 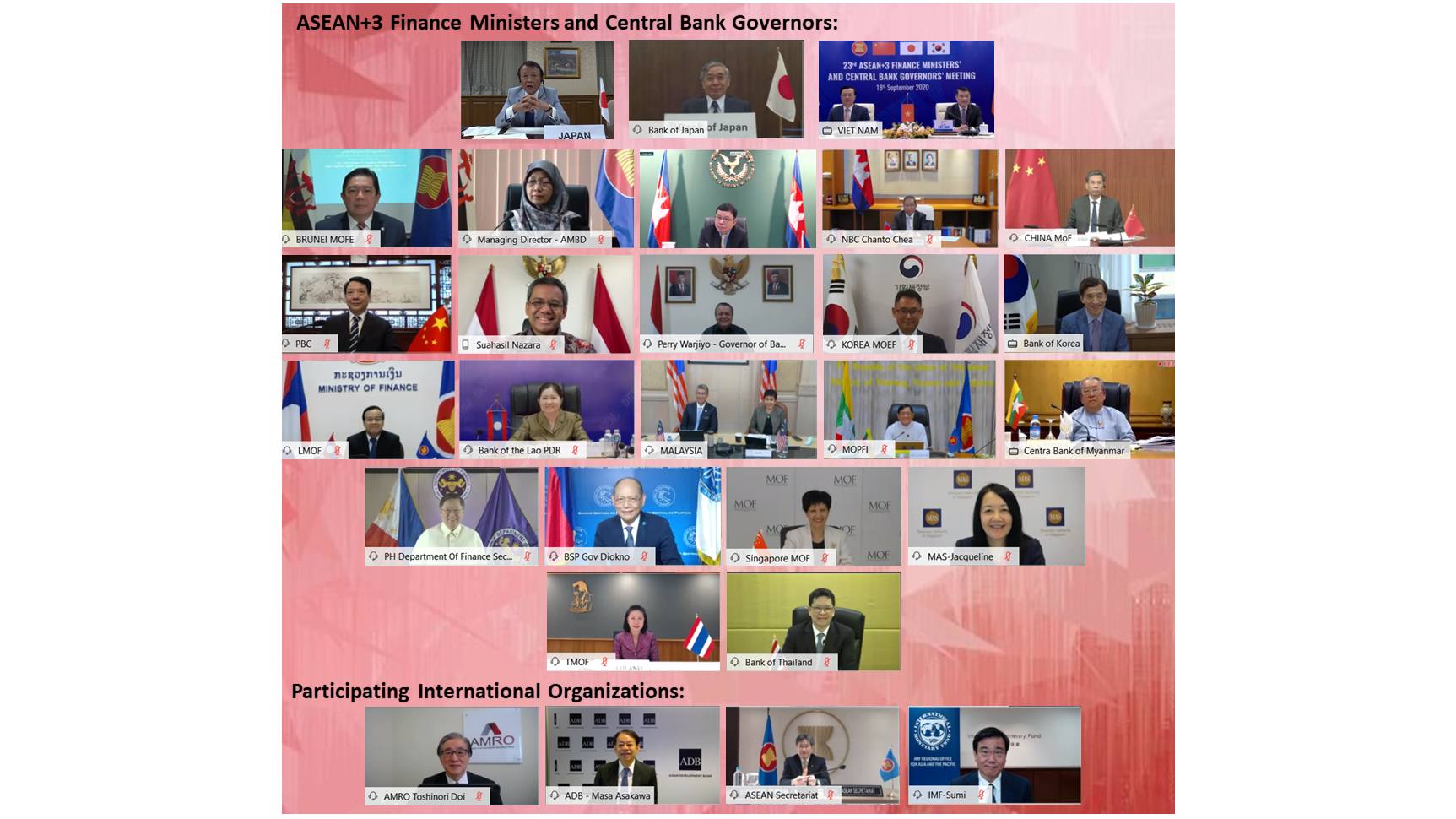 Kenji Okamura is vice minister of finance for international affairs at Japan's Ministry of Finance. Nguyen Thi Hong is deputy governor of the State Bank of Vietnam. Toshinori Doi is the director of the ASEAN+3 Macroeconomic Research Office.

The COVID-19 pandemic continues to cast a long, dark, and uncertain shadow over the outlook for global growth. Deeply plugged into the global value chain, the ASEAN+3 region, comprising the 10 members of the Association of Southeast Asian Nations plus China, Japan, and Korea, has been severely affected. Currently, the region is projected to record negative growth in 2020, a large fall compared to the average growth of around 5% over the past few years.

To deal with the fallout from the pandemic, ASEAN+3 governments and central banks have provided fiscal and monetary policy support on an unprecedented scale. In most economies, fiscal policy has largely targeted households and companies, while the monetary toolkit has been expanded to include several unconventional measures to provide support for financial markets.

The size of the stimulus packages has ranged from 10% to 40% of gross domestic product. The use of direct income support schemes has proved useful in economies with flexible labor markets and less effective social safety nets.

On top of these efforts at the individual economy level, we recognize the critical importance of strengthening regional financial cooperation to enhance the region's resilience in times of uncertainty.

In 2000, following the Asian financial crisis, our predecessors from ASEAN+3 finance ministries and central banks established the Chiang Mai Initiative, or CMI, a network of bilateral swap agreements designed to protect member countries against future crises. In 2010, after the global financial crisis, the CMI was revamped and expanded into the Chiang Mai Initiative Multilateralisation, or CMIM, to provide dollar liquidity support to members in need. With a financing power of $240 billion, the CMIM is aimed at enhancing the region's financial stability and reducing its vulnerability to short-term external shocks such as a sudden reversal of capital flows. A local investor reacts to falling prices at the stock exchange in Bangkok in October 1997.   © AP

Since then the CMIM, with support from its macroeconomic surveillance arm -- the ASEAN+3 Macroeconomic Research Office, or AMRO, -- has become an important part of the global financial safety net, in addition to the currency reserves of individual countries, bilateral swap agreements, and other regional financing arrangements, as well as the International Monetary Fund.

Against the backdrop of the heightened risks brought about by the COVID-19 pandemic, at a virtual meeting last month, the ASEAN+3 finance ministers and central bank governors reached agreements on measures to further enhance the CMIM, making it more effective and operationally ready for countries in need.

A pillar of the agreed measures is increasing what is known as the IMF de-linked portion. When the CMIM was established in 2010, a CMIM member was able to draw down only 20% of its respective maximum drawable amount if no IMF program was involved. This ratio was subsequently increased to 30% in 2014.

At the meeting in September 2020, ASEAN+3 members reached a consensus to increase the IMF de-linked portion to 40%. This is a major milestone as it will allow members to get access to greater and faster financial support without an IMF program when the amendment comes into force. As a mainstay, the completion of the CMIM conditionality framework complements the long-awaited increase of the IMF de-linked component.

With analytical and policy support provided by AMRO, the CMIM is now able to set its own conditionality, which helps member economies to make appropriate policy adjustments as to relevant risks and vulnerabilities, and re-establish economic and financial health. This framework also ensures smooth and timely cooperation between the CMIM and the IMF when there is a need for co-financing during times of crisis.

Another landmark from the recent meeting is the decision to institutionalize the use of local currencies, in addition to the dollar, for CMIM financing on a voluntary and demand-driven basis. While the detailed modalities and procedures are to be worked out later, this will broaden the financing options for members in times of need, thereby enhancing the flexibility of the CMIM.

The COVID-19 pandemic is leading this region into uncharted territory. The uncertainty and challenges ahead require vision, commitment, and coordinated action in our region. Last month, ASEAN+3 finance ministers and central bank governors once again demonstrated their magnificent leadership and a strong commitment to the region's solidarity by forging the agreements that will take the region forward.