Increase in background diversity of leadership is a hopeful sign 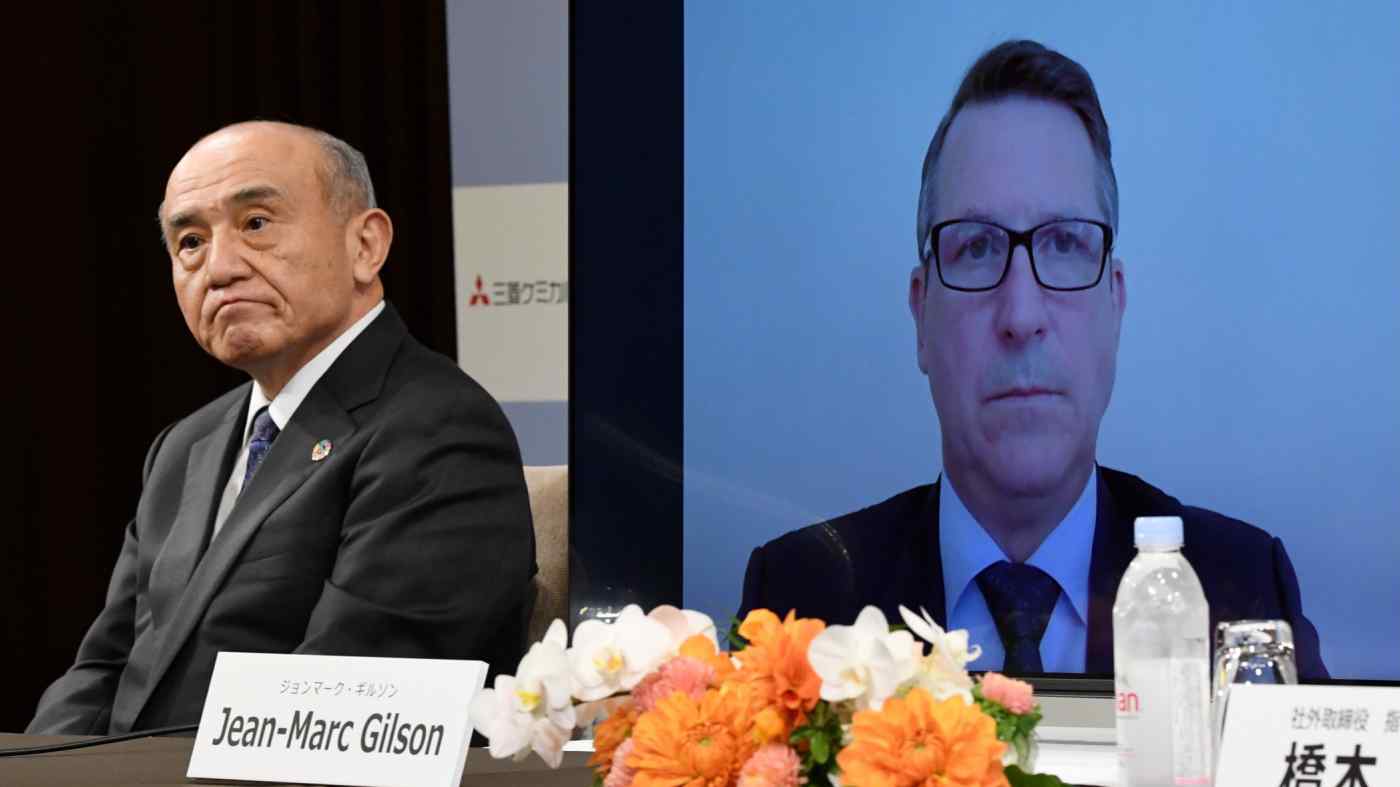 Mitsubishi Chemical's next CEO Jean-Marc Gilson, right on the screen, and outgoing Hitoshi Ochi at the press conference on Oct. 23: Gilson's appointment stands as an anomaly. (Photo by Arisa Moriyama)
CopyCopied

When Japan's top chemical company Mitsubishi Chemical Holdings appointed Belgian-born Jean-Marc Gilson as next CEO in October, it marked the first time a foreign national had been chosen to lead a blue-chip Mitsubishi group company.

It should come as no surprise that Mitsubishi Chemical, which earned 42% of its consolidated revenue from overseas in the fiscal year ended in March, recruited a CEO with Gilson's pedigree of leading the French food and pharmaceutical ingredients maker Roquette.

But it is big news in Japan, where 99% of CEOs of companies on the Nikkei Stock Average are Japanese men. According to global executive recruiters Spencer Stuart, foreign nationals occupied only 5.1% of board seats for Topix100 companies in 2019.

While Gilson's appointment stands as something of an anomaly today, I would argue that the trend of recruiting foreign nationals to lead Japanese companies will gradually start to gain momentum. The main reason is that such appointments reflect the irreversible trend in corporate Japan: coming to terms with the idea that seniority-based, insular leadership does not always work best, even when it comes to Japan Inc.'s crown jewels.

Over the last 30 years, Japan has fallen steadily behind in global relevance, while China has ascended to become the Asian superpower. When I first joined the workforce in the late 1990s, in the aftermath of the bursting of the asset price bubble, I witnessed firsthand the collective psyche of Japan, Inc. as it cycled through the five stages of grief -- starting with denial, followed by anger, bargaining, and depression. Having lost its status as the post-World War II economic wunderkind, only now do Japan's corporate leaders seem to be reaching the final stage of grief, acceptance.

This does not mean, however, that Japanese businesses should be considered has-beens. Seeking growth outside a shrinking domestic market, many of Japan's larger companies now have a global footprint. Their stakeholders, including customers, suppliers, and shareholders, are truly international. The only part of the corporate structure that has been stubborn to admit outsiders is the C-suite.

Compared to insiders, who can harness all their inside knowledge to guide a company into the future, outside executives can bring fresh air. Especially if non-Japanese, outside executives' global vision can often complement a detail-obsessed Japanese mentality. When combined with forceful top-down decisions, this approach can dramatically enhance a company's competitiveness, at least in theory. With top management seats reserved for homegrown talent well into this century, those prized positions represented the crowning glory of a successful career within the seniority-based system.

But the signs of a thaw are growing. Japanese executives today who are just entering upper management ranks are in their early 50s, meaning that they have spent their entire career in the so-called lost three decades. It is easier for them than the generations before them to question the virtue of Japan's insular management system. This humility is not a weakness. Companies should look at the world of professional sports where Japan's rugby team, currently ranked ninth in the world, only began its ascent after inviting A-level coaches from abroad.

At a few prestigious Japanese companies, such as Shiseido or LIXIL Group, there are CEOs who are still Japanese but at least were recruited from outside the company. And it is not uncommon to appoint locals to lead overseas subsidiaries.

A good example is Takeda Pharmaceutical, which promoted former GlaxoSmithKline executive Christopher Weber from Chief Operating Officer to CEO in 2015. Now, 14 out of 18 Takeda executives are non-Japanese. With its 2019 takeover of Shire, Takeda solidified its position as a global pharmaceutical player. Make no mistake, there are special challenges with bringing in outside -- especially foreign -- talent into the top ranks of a Japanese corporation. Firstly, Japanese CEOs on average are underpaid compared to their Western counterparts. According to 2020 research by Willis Towers Watson, Japanese large company CEOs earn less than half in total compared to their European, let alone American peers.

Secondly, Japanese management's tribal nature is difficult for an outsider to break into. Japan prioritizes cultural understanding as a prerequisite for its leaders. The ability to speak Japanese, literally and culturally, is important, and not having the language is a major handicap for external executives.

Still, these issues are not insurmountable. Takeda, for example, moved with extraordinary speed when it decided to promote an outsider. Once people here fully accept that we are far removed from the era when a seniority-based path to the top was considered the global best practice, it is only a small step to conclude that casting the net as wide as possible for CEO candidates, Japanese or non-Japanese, in-house or external, makes the most sense. As we know from our personal experiences, acceptance, the final stage of loss and grief, can be a hopeful one.