Prolonged isolation due to the pandemic weakens Southeast Asian stability 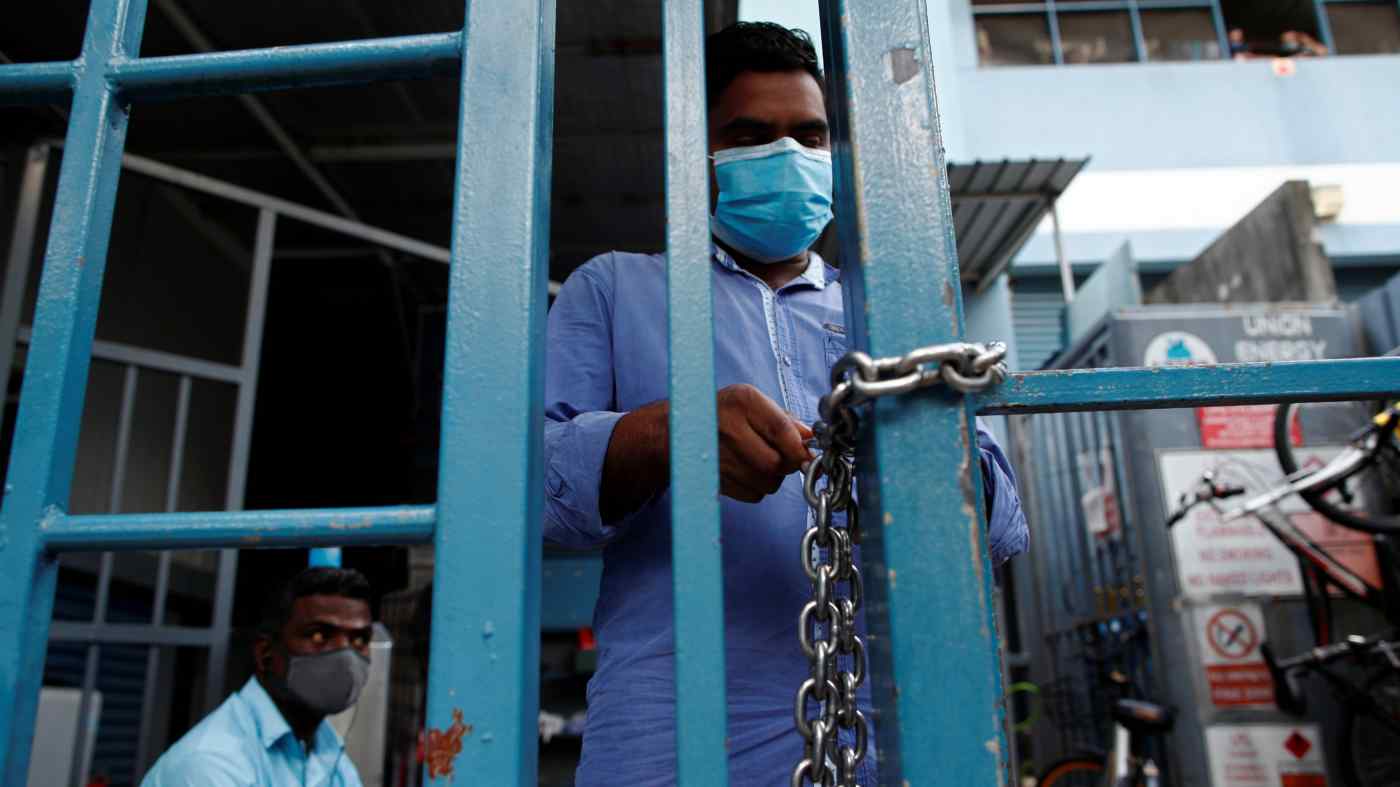 A migrant worker locks the gate of their dormitory as they serve stay-home notices in Singapore on Apr. 22: tensions have bubbled over the way these migrant workers have been treated.   © Reuters
CopyCopied

Michael Vatikiotis is author of "Blood and Silk: Power and Conflict in Modern Southeast Asia."

Bilahari Kausikan, a retired senior Singaporean diplomat, recently suggested that if Cambodia and Laos made what he called "the wrong choices" in terms of their national interests, they might have to be "cut loose" to save the rest of the 10-member Association of Southeast Asian Nations.

His comments prompted a furious response. A group of academics and former officials from Cambodia let loose a barrage of hostile reaction, accusing him of being an agent of the U.S.

Neither Bilahari nor his Cambodian critics are serving officials, so the spat is unlikely to escalate. But it points to one of the less observed effects of the COVID-19 pandemic in Southeast Asia, which is a weakening of already fragile regional cohesion in the face of growing domestic and geopolitical tensions.

The pandemic prompted each ASEAN member state to go its own way. Borders were closed, flights were halted, and the regular travel of officials, business people and citizens almost completely stopped. If an official from one ASEAN country wanted to visit another, they would almost certainly be quarantined for two weeks and no one would want to meet them for fear of being held responsible for spreading the virus.

The result is that regional diplomacy has been curtailed. In 2019, ASEAN officials convened in one form or another virtually every other day. In 2020, the pace of diplomacy shuddered to a jarring halt after March. Officials confined their meetings to video platforms that enabled formal statements to be read out, but made candid discussion and backroom dealing over sensitive issues impossible. Most of the time, said one official, these meetings concluded as soon as official positions had been read out.

The frequency of face-to-face meetings between ASEAN officials often do not achieve very much in terms of actual agreement, but perpetual low-level diplomatic dealing does help allay mutual suspicions and build trust -- not just within ASEAN, but also with powerful neighbors such as China. 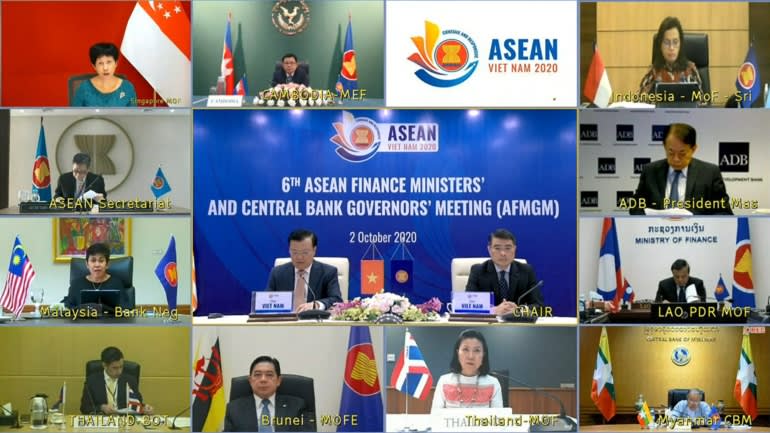 A virtual meeting of finance ministers and central bank governors of ASEAN on Oct. 2: most of the time these meetings concluded as soon as official positions had been read out. (Handout photo from ASEAN)

For example, the inability to convene the ASEAN-China joint working group on the South China Sea Code of Conduct has allowed mutual hostility and suspicion to hover over the disputed maritime region all year. This applies not only to China's naval maneuvers but such incidents as a Malaysian coast guard vessel firing on Vietnamese fishing boats, resulting in casualties.

Moreover, as the fallout from the COVID-19 pandemic morphs from a public health crisis to a full-blown economic catastrophe, there are growing concerns about the cohesion and stability of Southeast Asia's diverse societies. There is a long history of social and political upheaval widening ethnic and religious cleavages in the region.

For example, Philippine Foreign Secretary Teddy Locsin insisted on asserting Manila's claim on Sabah in East Malaysia, despite a longstanding agreement between the two countries to lay aside the dispute. Locsin added fuel to the fire by criticizing other ASEAN states for not supporting the claim.

The past 30 years have seen ASEAN states become more dependent on one another. There are sizable numbers of workers from Indonesia and the Philippines providing low-cost labor to Malaysia and Singapore, while three million workers from Myanmar toil in Thailand. Tensions have bubbled over the way these migrant workers have been treated during the pandemic.

Many have been sent home without much notice. For much of the year, Indonesian Foreign Ministry officials have been preoccupied with arranging the repatriation of Indonesian workers from Malaysia and other countries. Jakarta was particularly angry when the Singapore Foreign Minister stated that foreign workers are like "ballast" and can be shed when not needed.

While these tensions may be manageable, and even understandable in a pandemic, the worry is that they are tugging at the threads of an already loose regional arrangement. It has not taken very long for each member state to withdraw into protective insularity. Neither has ASEAN as an organization been very effective in sorting out the necessary reciprocity measures between countries to allow borders to re-open and normal diplomatic discourse to resume.

Singapore and Indonesia agreed in October to launch a "green lane" for essential business travel between the two countries, but this came only after Indonesian Foreign Minister Retno Marsudi traveled to Singapore in late August to lobby her counterpart.

The reality is that regional cohesion in Southeast Asia is rather skin deep and requires constant nurturing. "Let's face it, ASEAN hasn't done very much except prevent a war within the region," said one former official from an ASEAN country. That is, of course, quite a big achievement over the past half-century.

The question now is whether the track record of peace and relative security will withstand the geopolitical storm whipped up by the intensifying competition between China and the U.S. Over the past month, senior officials from Beijing and Washington have crisscrossed ASEAN countries to make the case for taking their side.

As Bilahari Kausikan's comments suggest, the pressure to choose sides is imposing additional strain on ASEAN, which threatens to break up the group.