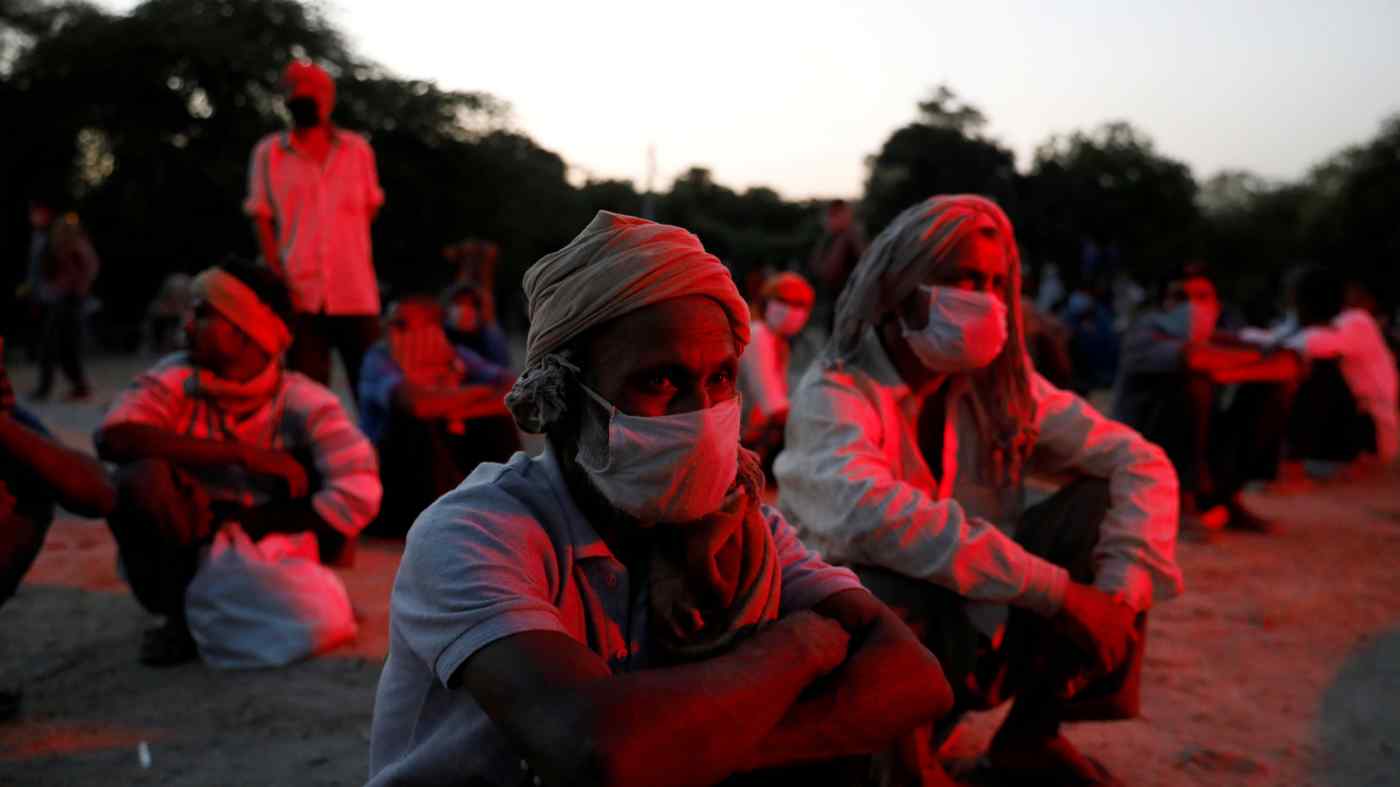 Daily wage workers wait for buses to transfer them to a shelter during a nationwide lockdown in the old quarters of Delhi in April 2020: those who will bear the brunt are the poorest.   © Reuters
CopyCopied

Rupa Subramanya is an independent researcher and commentator based between India and Canada.

As the world continues to battle the ongoing COVID-19 pandemic, there is increasing concern about the potentially devastating long-run impacts on emerging economies, including in Asia.

While China has managed a V-shaped recovery in economic activity, the downturn induced in many other emerging economies is expected to be much more long-lasting. For example, per capita GDP growth is thought to have plunged between 8 and 11% in 2020, the first time the global economy has contracted rather than grown in decades, making India one of the worst growth performers in the world.

Those who will bear the brunt are the poorest. According to an October 2020 Brookings Institution report by Homi Kharas, India is likely to record the largest increase in the absolute number of people living under poverty. This will mean that India, having dropped to second place, will once again reclaim number one spot ahead of Nigeria in the dubious league table of the country with the largest number of people living in absolute poverty, at almost 140 million people.

To put this in perspective, this includes 85 million people falling below the poverty line in 2020 alone due to the sharp contraction induced by COVID-19. As recently as 2016, again according to Kharas, the number of people living in absolute poverty in India was just under 125 million. In other words, last year's events have reversed all of the recent gains and more. The picture is not that much better in other emerging economies in Asia and Africa.

An increase in poverty is one manifestation of the damage wrought by COVID-19. An equally important result of the crisis is a sharp increase in wealth and income inequalities in all countries, advanced and emerging, although the effects are likely to be more pronounced in the latter.

Analysis by the International Monetary Fund in an October 2020 report by Gabriela Cujat and Futoshi Narita finds that the average Gini index, a standard measure of income inequality, will increase to 42.7 for emerging economies, which is the same level of inequality that prevailed in 2008 at the outbreak of the global financial crisis. Emerging economies had clawed back some of this worsening inequality in the years since, but due to COVID-19, all of those gains will likely go out the window.

Ironically, the flip side of worsening poverty and inequality due to COVID-19 is an increase in the concentration of wealth at the very top. In 2020, the same year that tens of millions were thrust back into extreme poverty in India, the country gained 10 new billionaires, according to an analysis by Business Standard, an Indian business daily, based on shareholding and market capitalization of companies listed on the BSE.

India's billionaires, according to this study, now hold an aggregate wealth of a little under $500 billion, equivalent to about one-fifth of India's annual gross domestic product. Not only is India adding more billionaires, those already on the list are getting wealthier. According to the same study, Mukesh Ambani, India's richest individual and the sixth richest in the world on the Forbes list of billionaires, increased his net worth by 37% in 2020 to just under $90 billion. China too has seen an increase in wealth and income gaps due to COVID-19 as well as a sharp increase in the wealth of the very richest, much like India and other major emerging economies. However, unlike other emerging economies, China remarkably has continued to enjoy success in reducing extreme poverty even in spite of the pandemic.

In November 2020, China amazingly fulfilled the commitment by President Xi Jinping to eradicate extreme poverty. While the veracity of Chinese data can be questioned, what is not in dispute is that China has lifted hundreds of millions of people out of poverty since its turn to the market economy in the late 1970s, and is the single biggest source of poverty reduction in the world by far. Coupled with the rapid rebound in GDP growth after COVID-19, this puts China in pole position among major economies, whether advanced or emerging, in 2021.

A hallmark of the four tumultuous years of the Donald Trump administration in the U.S. was a combative approach to China. Whether one liked his approach or not, Trump realized that China would be the main challenger to U.S. hegemony in this century. Despite much softer rhetoric, the incoming administration of Joe Biden has signaled it is going to remain hawkish on China going forward.

The U.S., going back at least to the George W. Bush administration, has hoped that India would emerge as a serious counterweight to China in the region. Indeed, this is one of the few areas of bipartisan consensus on foreign policy. A recently declassified 2018 U.S. government document, "United States Strategic Framework for the Indo-Pacific," makes this priority explicit and puts India front and center, although it is of course not binding on the new administration.

Either way, under Biden, pro-India rhetoric is likely to meet the hard reality of an ascendant China and a weakening India.