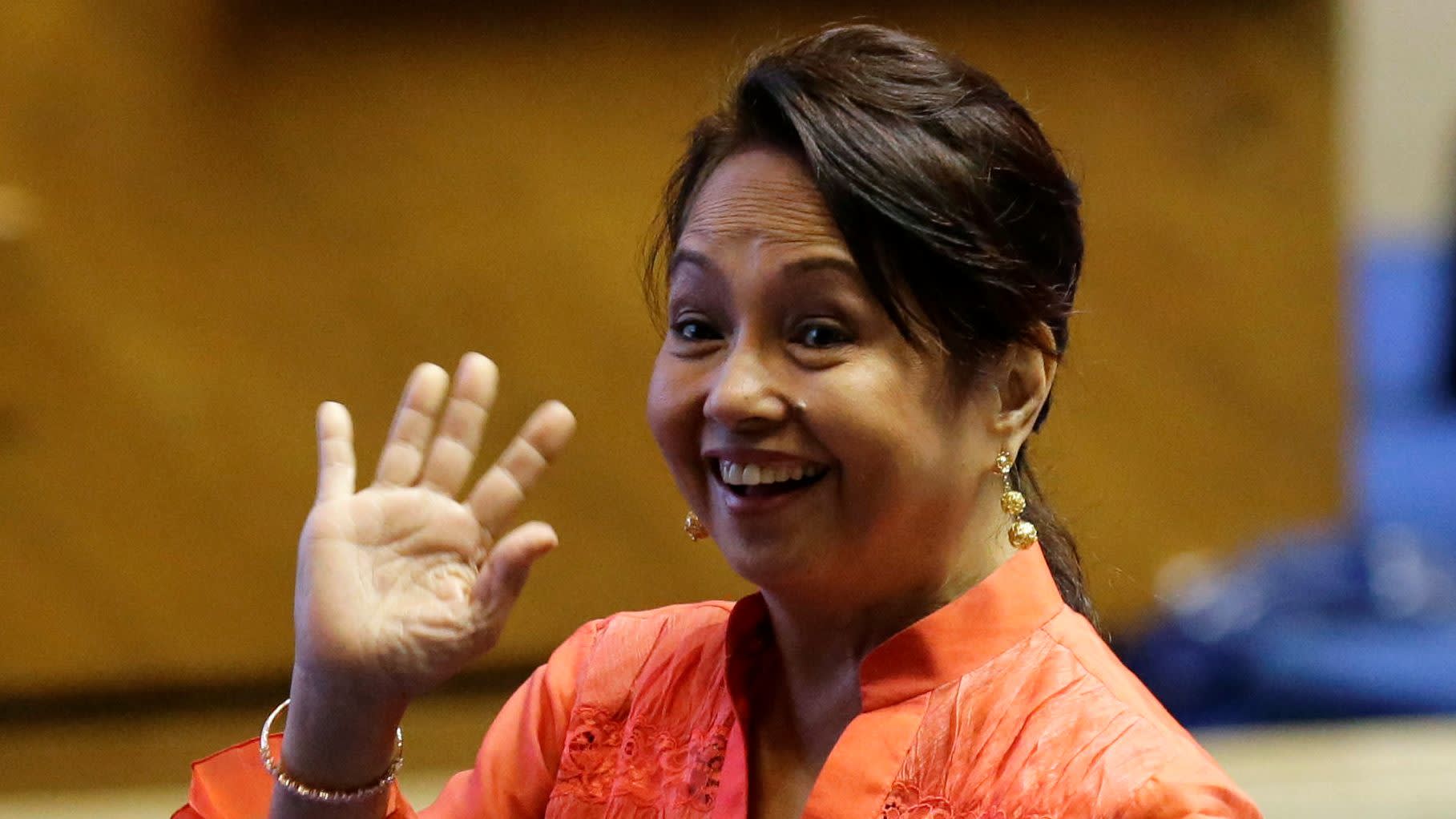 Among the most dramatic developments in the Philippines in recent months is the reemergence of former President Gloria Arroyo as a major power broker.

Just a few years ago, she faced the prospect of long-term imprisonment for alleged corruption and abuse of power during her presidency. But in July, she became speaker of the Congress (Parliament), capping a political recovery that has seen her become President Rodrigo Duterte's de facto prime minster.

She has been advising Duterte on the country's ailing economy as well as foreign policy, especially on problematic relations with China.

Despite Arroyo's controversial record, she deserves a chance to show that her return to power can benefit the country by bringing Duterte some much-needed stability and predictability at a time when investors and Manila's traditional allies, notably the U.S., are rattled.

The elite-born 71-year-old, who ruled in 2001-2010, brings a semblance of civility and competence to a presidency run by a political bruiser best-known for his scorched-earth war on drugs and for unhinged rhetoric.

Yet, she faces an uphill battle in overcoming widespread public skepticism about her intentions. To redeem herself, Arroyo must to nudge Duterte, a populist with a knack for unorthodox policies, in the right direction at a time when the country is grappling with slowing growth, rising inflation and a falling currency.

As Duterte's mentor, however, she should steer ongoing efforts to curb inflation without undermining the fiscal balance, help Duterte judiciously navigate external relations with America and China in ways that gives the Philippines enough wiggle room to protect its interests, reassure foreign investors about rule of law, and, above all, restore predictability amid political jitters at home.

Since his shock ascent to power, Duterte has overseen the rapid rehabilitation of other formerly discredited leaders, including the Filipino strongman Ferdinand Marcos and his family, but Arroyo is arguably the biggest beneficiary of his political mercy.

This is an astonishing turn for someone who just a decade ago was voted, in a nationwide survey, as the country's "most corrupt president" in history. Her reign saw multiple coup attempts and countless large-scale protests.

Then, under former President Benigno Aquino III, she was placed under a yearslong house arrest, as the government sought to convict her of corruption, on allegations which her camp dismissed as unfounded political harassment by a hostile successor. In desperation, she ran for and won a congressional seat in her home district of Pampamga, hoping to use her new office as immunity against prosecution.

Her fortunes changed dramatically when Duterte became the president in 2016. Drawing on her wide support network, Arroyo proved a critical ally for Duterte, a former provincial mayor with tenuous roots in national politics.

As Duterte's political party (PDP-Laban) only won a handful of seats in the legislature, the president needed the support of Arroyo's followers to build a supermajority in the Congress, even though a big part of his original appeal was a war on the nation's elites.

Arroyo reactivated her international linkages, including her relations with Beijing, which had enjoyed a "golden age" of bilateral ties with Manila during her presidency, resulting in the inflow of billions of dollars in Chinese investments and plans for resource-sharing agreements in the contested South China Sea.

While she was then hit by corruption scandals stemming from Chinese investments, her connections have now proved an asset with Duterte pivoting to China. "When I was president, I focused on developing closer economic and business ties with China. That is the policy of President Duterte today, [which is] similar to mine," she boasted earlier this year.

Her position increasingly resembles former Singaporean leader Lee Kuan Yew's "minister mentor" role in his retirement years. In July she pushed the envelope by ousting and replace Pantaleon Alvarez, another Duterte ally, as the speaker.

She now oversees the 300-strong Philippine Congress, a critical ally of the president. Her influence, however, extends beyond her formal position. Duterte has often behaved deferentially toward her, welcoming her new speakership as "good because Gloria is an economist," who can help him to "do something about the inflation" problem.

An American-trained economist and former university professor, Arroyo, as president, launched macroeconomic reforms, including fiscal tightening and a conservative monetary policy, which helped make the Philippines among the most dynamic economies in recent years.

Her technocratic background gives her unique cachet with officials and the investment community, which has been rattled by Duterte's unconventional politics.

For years, Duterte's economic managers tirelessly sought to insulate the economy from the president's populist outbursts. The significant drop in newly pledged investments and the perfect storm of rising inflation, falling currency and exports, and widening current-account deficit has shown the limitations of this approach.

Arroyo now brings to the table technocratic competence and experience, as well as personal influence over the president. To many, she is arguably the only person, who could tame Duterte's passions.

Among solutions under consideration are the possible elimination of tariffs on some foods; liberalization of imports of rice; and increases in importing low-priced petroleum products such as diesel. Also on the agenda is the fast-tracking and expansion of moves to mitigate inflation's impact on the poor via unconditional cash transfers. Energy subsidies are on the table, but Arroyo seems wary of the fiscal constraints.

Only time will tell if these anti-inflationary policies will prove effective, since they could prove too little too late. She is also advising the president on how to tweak a second package of tax reforms, to avoid accelerating inflation while still improving the fiscal position.

She could also advise the president to be more cautious about external relations, after his pursuit of ties with China, alienated the U.S. and provoked claims at home that he risks selling out key interests in the South China Sea in return for nebulous investment pledges.

She may also encourage Duterte to take a more moderate approach to the drug epidemic in order to address concerns about rule of law. In a remarkable twist of events, the former controversial president is now seen as a much-needed voice of reason and reassurance under Duterte's unpredictable reign. This is likely her last chance to redeem her tarnished legacy.