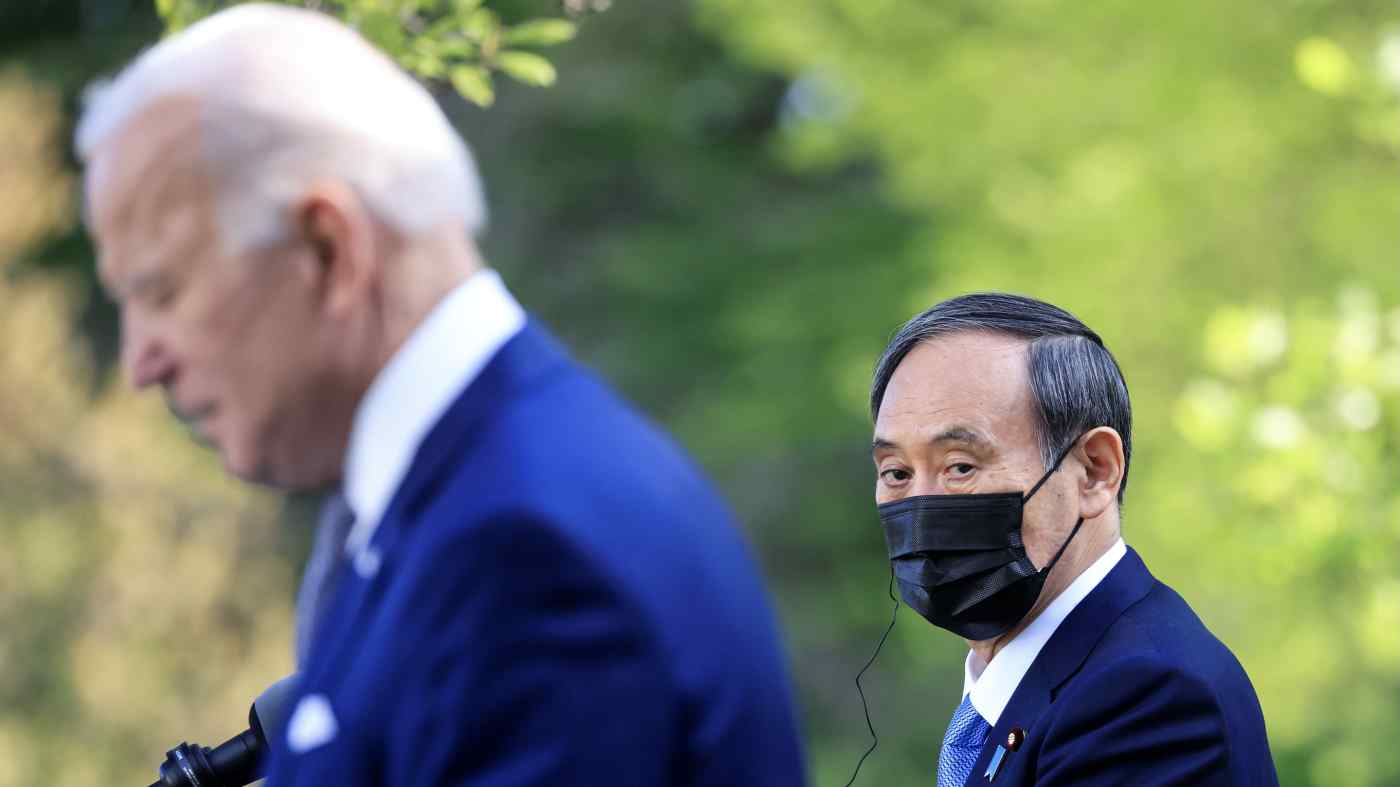 Japan, America's most pivotal ally in Asia, faces pressing security challenges due to Chinese President Xi Jinping's expansionist policies, which appear to be driven by an increasing appetite for taking risks.

After accelerating a provocative campaign of aerial and maritime incursions designed to challenge Japanese control of the Senkaku Islands which Beijing claims and calls the Diaoyu, Xi has also set his sights on absorbing Taiwan, which, geographically, is an extension of the Japanese archipelago.

No country will be more threatened by China's invasion of Taiwan than Japan, a peaceful nation that has not fired a single shot since World War II. Indeed, as Deputy Prime Minister Taro Aso recently said, Japan would regard such an invasion as an existential threat to its security, making it likely that it would join the U.S. in defending Taiwan. That prompted Chinese Communist Party organs to threaten "Japan's survival" with military reprisals, including through "continuous" nuclear bombing.

There are more American soldiers permanently stationed in Japan than in any other foreign country, with about 54,000 military personnel spread across over 80 U.S. military facilities on Japanese soil as part of a long-standing mission to keep the peace in the Pacific. A 1960 bilateral security treaty also commits America to defend Japan in the event of an attack.

So, what explains Japan's growing sense of insecurity?

To start with, China's official military spending has expanded to four times that of Japan over the last eight years. The gap is even wider because China's official budget hides significant parts of its defense spending, with external organizations estimating actual Chinese military expenditure to be up to 40% higher.

Furthermore, Japan's population, totaling just 8.7% of China's, is not just aging but shrinking. This unfavorable demographic trend accentuates Japan's security concerns, including how to effectively police a vast exclusive economic zone, which, with 6,852 islands, is larger than China's.

Add to the picture America's unpredictability, which causes unease in Tokyo and explains why successive Japanese prime ministers have repeatedly sought U.S. assurances that the Senkaku Islands are covered by the 1960 treaty.

The Senkakus are part of the Ryukyu island chain centered on Okinawa, which the U.S., after World War II, occupied for two decades longer than the rest of Japan. Even after returning Okinawa in 1972, the U.S. for years rebuffed Japan's pleas to abandon its neutral stance on the Senkaku issue. Vessels from the China Maritime Surveillance and the Japan Coast Guard near the Senkaku Islands in the East China Sea.   © Reuters

America eventually discarded its neutrality, but the first caveat-free U.S. assurance on the Senkakus did not come until Donald Trump's presidency. U.S. President Joe Biden recently provided a Trump-type unambiguous assurance when he met Prime Minister Yoshihide Suga, with their joint statement reaffirming that "Article V of the [1960] Treaty applies to the Senkaku Islands."

But can Japan really trust America's security guarantee? The U.S., despite a mutual defense treaty with Manila, has sat back and watched China's incremental encroachments in the Philippines' maritime backyard, starting with the 2012 capture of Scarborough Shoal. The lack of U.S. response to the Scarborough capture came as a wake-up call for Tokyo.

Such fecklessness has allowed China to turn its contrived historical claims to the South China Sea into reality without penalty. The crackdown in Hong Kong further highlights how an emboldened Xi is changing the status quo.

The U.S., however, is still following its old diplomatic playbook, despite its relative decline. Secretary of State Anthony Blinken, during his recent visit to New Delhi, sought Indian help in Afghanistan but said nothing about China's aggression against India that has turned the Himalayas into Asia's biggest flashpoint.

Japan faces a clear choice: bolster its security or come under siege. Yet, paradoxically, a key obstacle to Tokyo building formidable military capabilities to independently deter China is the U.S.-imposed constitution. No other country in the world is bound by the kind of constitutional restrictions, including a prohibition on acquiring offensive capabilities, that the occupying U.S. imposed on a vanquished Japan.

Such constitutional constraints militate against U.S. interests today. After all, a more confident and secure Japan that can deter China on its own will aid regional security, including preventing Xi's regime from seizing Taiwan. The U.S. must make amends by encouraging constitutional reform to "normalize" Japan's security posture and help transform that country into a militarily independent power like Britain and France but without nuclear weapons.

Japan, while maintaining its security alliance with Washington, must build robust capabilities, including the ability to carry out offensive cyber and naval operations, so that it can, if necessary, defend itself alone. The worst option would be to take periodic comfort in U.S. security reassurances, like a spouse going through a midlife crisis seeking repeated assurances as to their partner's commitment.