Can Trump and Xi find a landing zone in Osaka?

It might seem the U.S. and China cannot do a deal unless one side caves. That's not so.

With U.S. President Donald Trump and China's Xi Jinping agreeing to talks on the margins of the Group of 20 summit in Osaka on June 28-29, the conversation has shifted from "will they meet?" to "will they strike a trade deal?"

While Trump enjoys doing the unpredictable, the prospects of concluding a trade agreement in Osaka are remote. Taking a page from their last meeting, in Buenos Aires in December, the likely scenario is that the U.S. and China will announce a resumption of negotiations, coupled with a cease-fire on further tariff and trade-related actions.

However, the negotiations, which according to Secretary Steven Mnuchin were in their "final laps" just over a month ago, are now more complicated almost seven weeks after their break down. Additional tariff hikes and other retaliatory steps have been taken, including U.S. actions against Huawei Technologies and China's announcement of an "unreliable entities list," targeting foreign companies.

Moreover, both sides have publicly laid down their negotiation "red lines," indicating what they must have and what they can't do. In its recent White Paper, China set out three key conditions: 1) commitments to purchase more U.S. goods and services must be "realistic;" 2) the existing tariffs, covering $250 billion in Chinese exports to the U.S., must be eliminated; and 3) the agreement must be "balanced," reflecting commitments by both sides.

For its part, the U.S. has called for "detailed and enforceable" commitments, including language in the agreement on needed changes to Chinese law. The U.S. team says this is critical, citing "China's history of making commitments that it fails to keep." Moreover, the U.S. wants to keep existing tariff increases in place until China actually implements its commitments. It demands the right to reimpose tariffs, with a commitment by China not to respond in kind.

It is easy to conclude that bridging these differences is impossible unless one side caves. But that is not the case. If the political will exists, these gaps can be narrowed. Trade negotiators call these "landing zones" -- solutions to issues that reflect give and take and allow each side to bring home a deal that they can defend. This requires negotiators to prioritize and compromise and not let the perfect become the enemy of good.

First, both countries must deal with the existing tariff increases. The current score card consists of $250 billion of Chinese imports and $110 billion of U.S. imports facing tariffs as high as 25%. China wants all of these tariffs lifted; the U.S. wants them to stay in place until China demonstrates a solid record of implementation. One solution would be to keep in place only the first tranche of U.S. tariffs hikes applied to $50 billion of imports, with a clear timeline for the remaining tariffs to be lifted tied to implementation bench marks. The U.S. could argue that these tariffs were specifically designed to hit those Chinese products benefiting from lax Chinese intellectual property practices, unlike the remaining $200 billion. China could point to its success in getting the U.S. to lift the bulk of the tariffs, while pointing to a path for removing the rest.

Second, they must find a solution on potential future tariff hikes. The U.S. insists on retaining its right to reimpose tariffs should China not fulfill pledges, while demanding that China waive its right to counter-retaliate. China strongly disagrees. The key to unlocking this impasse may be to limit the conditions under which the U.S. would be authorized to reimpose tariffs. For example, procedural steps could be established so that tariffs are a last resort. Limits could also be set on the value of trade, tariff rate, or products that could be subject to tariff increases. This could be coupled with a three month breathing space to solve the non-compliance issue in question before China could counter-retaliate. 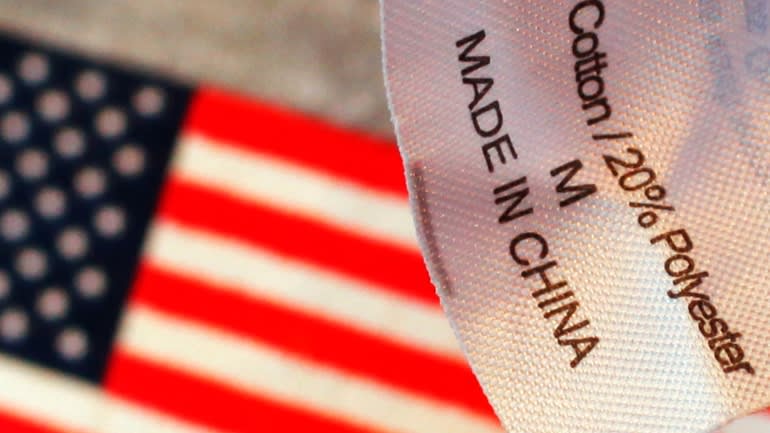 A limit could be set on products that could be subject to tariff increases.   © Reuters

Third, both countries must address the gaps regarding legislation. The U.S. is demanding that China codify its intellectual property protection and market access commitments through legislative changes embedded in the agreement. China views this request as an infringement of sovereignty. A solution based on form, over substance, may be in order. To overcome its concerns, China could agree to unilaterally announce immediate plans to implement legislation. This approach would be in line with President Xi 's speech at the April 2019 Belt and Road Forum when he portrayed reforms and market-opening measures under negotiation with the United States as steps that Beijing was taking "as a choice China has made by itself to advance its reform and development." With legislation in place, the U.S. could claim victory.

Fourth, both countries must narrow their differences on purchasing commitments. In order to reduce the large and growing bilateral trade deficit, Washington is requesting that China buy more U.S. goods and services, and to "front load" these purchases to the early years of the agreement. According to Beijing, these U.S. requests have grown to the point where they cannot be met. To settle this matter, the two sides could find a trade-off between the value and timeline for such purchases -- for example, the larger the value, the longer the time frame for reaching that threshold.

Last but not least, both countries must strive to find balance. Given the huge bilateral imbalances and Chinese unfair trade practices, it is only natural the U.S. believes the talks must focus on Chinese obligations. China, on the other hand, has a deep-seated disdain for "unequal treaties," and is insisting that any deal include U.S. commitments. The key to addressing the issue may be the optics. Instead of phrasing commitments as applying solely to China, language for certain obligations can easily apply to both without the U.S. having to do anything. For example, since the U.S. has a strong intellectual property protection regime, it could easily agree that obligations in this chapter apply to it as well. This would allow China to claim the deal is two-way.

As these landing zones show, if Washington and Beijing are politically prepared to compromise on the remaining issues, a deal can be reached. Admittedly, it is not clear whether the two sides share that mindset. Each country may continue to believe that time is on its side so why move closer to the other side's position at this juncture?

Some in both capitals are undoubtedly arguing that they are better off without a deal as the U.S. looks toward the 2020 presidential elections and China questions the value of a trade agreement with the U.S., particularly in light of the larger technology dispute and the erratic U.S. tariff threats. Presidents Trump and Xi have important decisions to make at Osaka that could help define the bilateral relationship -- and the shape of world trade -- for years ahead. If indeed they both want a trade deal, there is room for them to land it.