Can a kinder capitalism mend broken confidence in America?

U.S. has a chance to redefine its leadership 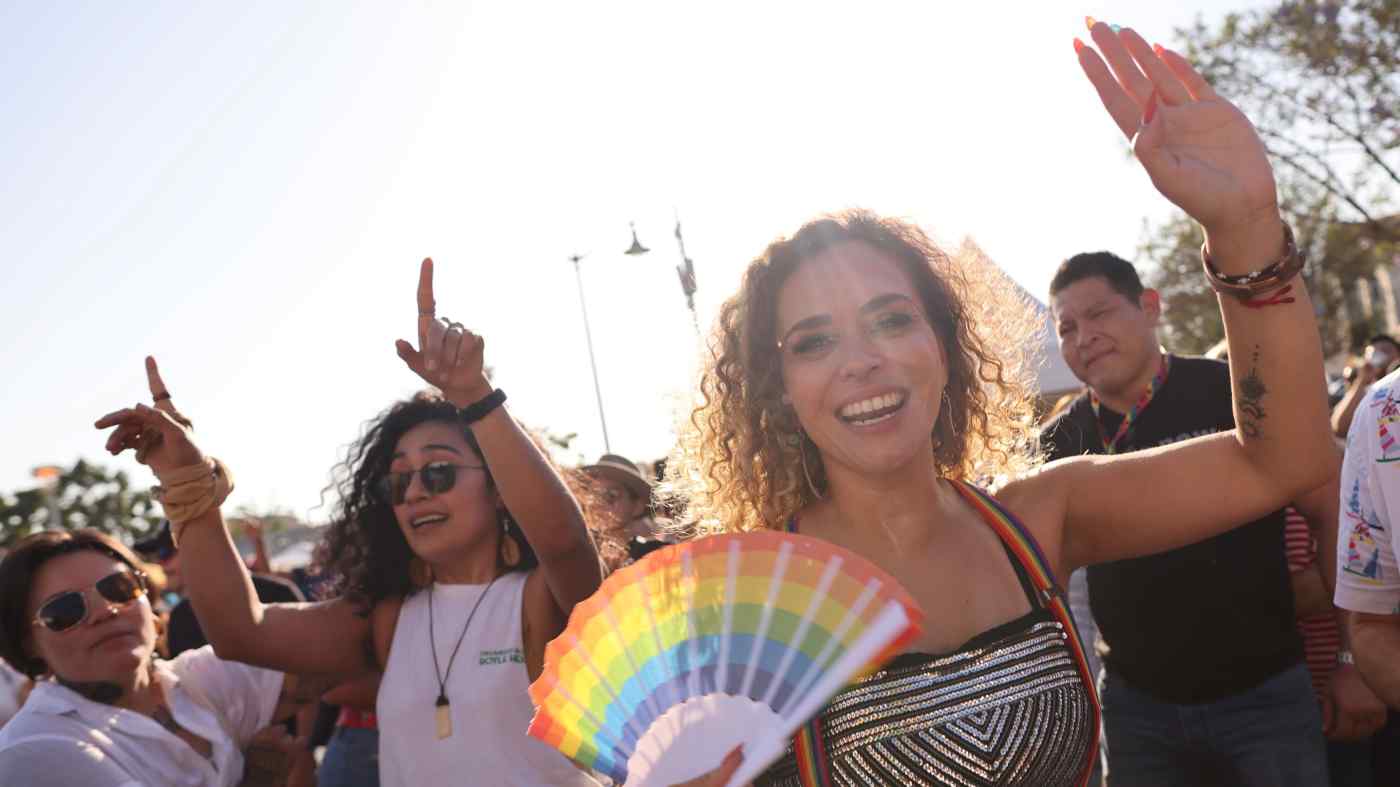 People dance at the LGBTQ+ pride fest in East Los Angeles on June 27: the question is how to reconnect grassroots dynamism to the overall well-being of the nation.   © Reuters
CopyCopied

Two decades ago, I watched in horror as the World Trade Center towers collapsed on a small TV screen in my Harvard Business School dorm room where I was a first-year graduate student.

In the wake of 9/11, as we huddled in an emergency class, one woman raised her hand to ask: "Is this the price a world leader must pay?"

As her rhetorical question invited an approving murmur around the room, I was struck by the large scale of American confidence. Assured of its economic and military might, self-doubt -- it seemed -- was not an option.

Two decades later, the U.S. finds itself at another critical juncture in its history. The withdrawal of American troops from Afghanistan resulted in an unexpectedly swift collapse of the local government long propped up by Washington.

I remain hopeful that optimism will bounce back over the long run. America's grassroots dynamism, the engine of its economic and societal growth, is still intact; in my view, it is only its confidence that is broken.

Moreover, if this moment of darkness encourages America to reassess its narrative with humility and compassion, then its renewed leadership will not only become more nuanced and restrained, but it will prove more sustainable too.

Besides foreign policy challenges, there are many reasons why American leadership has waned over the past two decades. Internationally, China's economy has skyrocketed from 11.8% of U.S. gross domestic product in 2000 to 70.3% in 2020, challenging America's hitherto unquestioned dominance.

And while other developing countries have become less poor, sapping the relative sense of superiority held by developed nations such as the U.S. domestically, the widening wealth gap has left many people feeling worse off. As racial tensions further polarize the nation, American exceptionalism is under the microscope.

To be sure, the U.S. has much to be proud of. Seven of the world's top 10 companies measured by market capitalization are U.S.-born, including Apple, Microsoft, Alphabet, Amazon and Facebook. Even in automotive, where Detroit has long fallen behind carmakers in Japan and Europe, newcomer Tesla has redrawn the map and is now seventh according to market capitalization. A Tesla car parks at a charging point in Beijing in April 2018: the newcomer has redrawn the map.   © Reuters

These superstar companies are testimony to America's entrepreneurial spirit, which rewards audacity and those guided by personal conviction. Nurtured by its founding settlers' pioneering ethos, it is thus is baked into American culture, fueling dynamism on the ground.

Racial inequality notwithstanding, the same high energy can also be seen in relation to rapid advances for women and the LGBTQ community. The courageous pursuit of social ideals has paved a path for others in the rest of the world.

Ironically, however, the very success of its tech giants has accelerated inequality, an American strength turned against itself. The question, then, is how to reconnect grassroots dynamism to the overall well-being of the nation, thereby restoring national confidence?

Inclusiveness and compassion are the keywords here. What America needs most is to do better at bringing everyone along on the journey.

In the language of capitalism, that means incorporating social considerations into traditional economic decisions, in short, promoting a kinder, more inclusive kind of capitalism.

If America was to apply its tradition of elevating boldness to this new type of capitalism, imagine the dynamic energy that could be felt across the country, from progressive coastal cities to the conservative Rust Belt? We might have a shot at easing grievances and restoring confidence in America after all.

There are signposts that American business is on the cusp of such a pivot. Geoffrey Jones, a professor of business history at Harvard Business School, recently told me about how many of today's Master of Business Administration students are "disturbed about the future of the world" compared to when I graduated in 2002.

Twenty years ago, I found America's self-confidence admirable and, at the same time, off-putting for its arrogance. Meanwhile, I breathed its dynamism with gusto -- it was a liberation from the Asian culture I was accustomed to, in which it is a virtue to curtail one's ambition and to blend in to preserve harmony. The American culture that encourages the quest for self-realization keeps attracting international students to this day.

National confidence ebbs and flows, but low confidence that prompts a period of self-reflection can help guide a better future than overweening conceit. The situation America finds itself in today is not a cause for despair or contempt in and of itself. What it must not do is discount the power of dynamism, the true hallmark of American strength.