Canada gets caught in Sino-U.S. battle for global supremacy 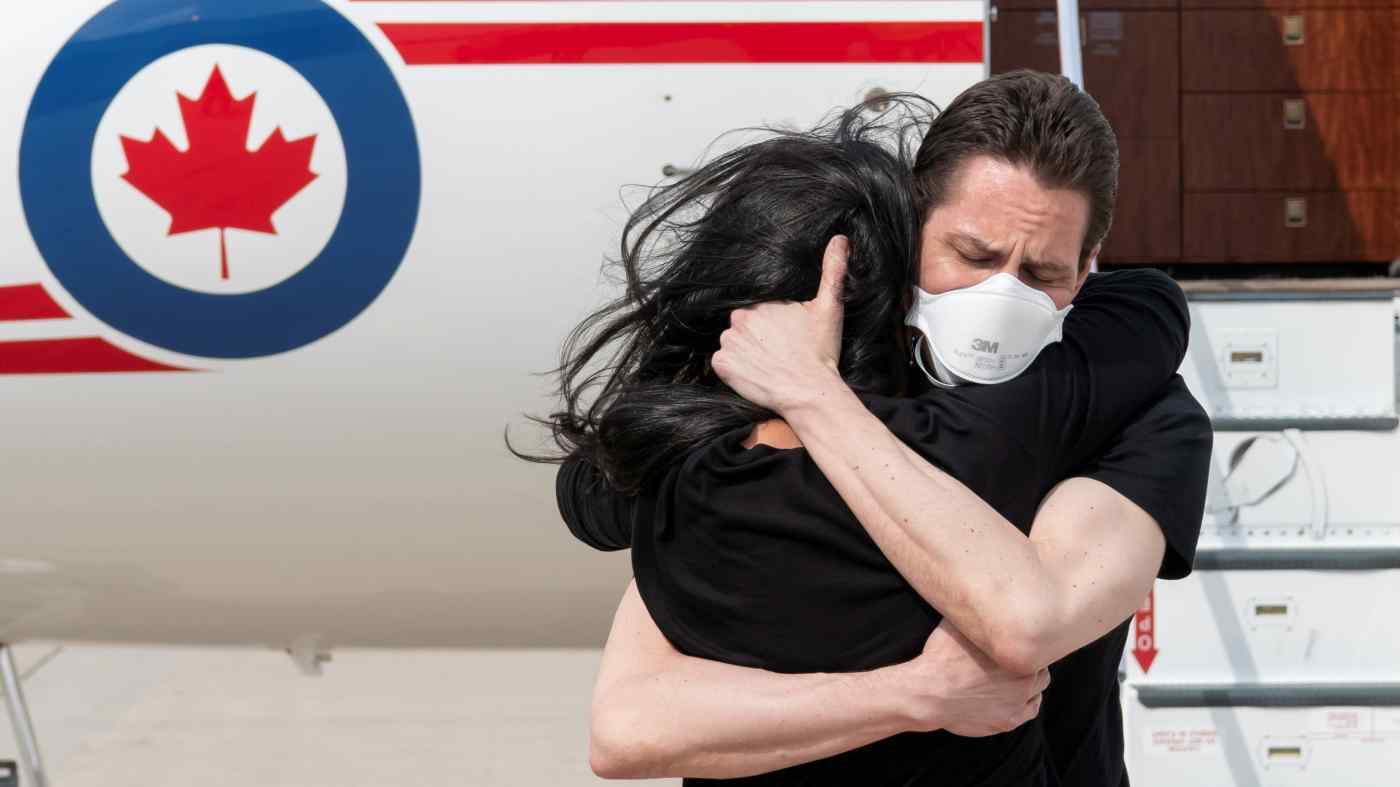 A long-running international saga involving the United States, China and Canada finally came to an end after more than three years on Sept. 24.

In a well-coordinated action, the U.S. signed a Deferred Prosecution Agreement (DPA) with Meng Wanzhou, the embattled Huawei Technologies executive who had been under house arrest in Vancouver, battling an extradition request from the U.S. in the Canadian courts.

After agreeing to the DPA, Meng returned to a hero's welcome in her homeland. At the same time, two Canadians, Michael Spavor and Michael Kovrig, who had been detained in a Chinese prison for more than 1,000 days on the basis of trumped-up charges widely seen as retaliation for Meng's house arrest in Canada, themselves returned home to Canada as heroes.

For China, which had always maintained with little credibility that the two cases were unrelated, the release of the two Michaels, as they became known in Canada, within hours of Meng's release, confirmed what everyone had known: the Chinese were playing at hostage diplomacy, and it worked.

Tipping the balance was also very likely the fact that U.S. Department of Justice charges against Meng, originating under the Trump administration, were rather weak, and there was every expectation that Meng would continue to fight extradition in the Canadian courts for months or even years, as long as she had any legal recourse. So while this was perhaps as much about the U.S. cutting its losses, the optics are very much of China playing hardball in a high stakes game and getting its way.

The Chinese action was a perfectly calibrated "two for one." After a prominent Chinese citizen with the right connections in Beijing was held in Canada, China grabbed two Canadians who were not random tourists in the wrong place at the wrong time but a businessperson and a former diplomat, both of whom had close and long-standing ties to China. People hold banners as they wait for Meng Wanzhou at Shenzhen Bao'an International Airport on Sept. 25: Meng returned to a hero's welcome in her homeland.   © VCG/Getty Images

For Canadian Prime Minister Justin Trudeau, whose government had been reelected just days before, the American action was a godsend, enabling him to claim that Canada abided by the rule of law and would not play the hostage diplomacy game. It would be more accurate to say that Canada, as it often does, outsourced the heavy lifting to their American allies, requiring only the pro forma action that a Canadian judge vacate the house arrest of Meng as soon as the DPA had been notified.

While Trudeau dodged a bullet, question marks remain over the future of the relationship with China, especially given the ascendancy of China hawks in Canada in the wake of the Meng and two Michaels affair. Already, there are calls that Canada should scale back or even cut off altogether economic ties with Beijing as punishment for what China critics perceive as lawless behavior by the Chinese state.

Realizing the damage that capitulating to the most hawkish of China critics would cause the economy, the Trudeau government has struck a conciliatory but cautious note. Minister of Foreign Affairs Marc Garneau said that Canada's "eyes are wide-open," referring to the normalization of relations with China going forward, adding that Ottawa is committed to a China policy with four key elements: coexist, compete, cooperate and challenge.

Complicating the Canadian government's approach to China is the increasingly belligerent approach of Canada's key ally, the U.S., with whom it shares the world's longest undefended border and largest bilateral trading relationship. Contrary to what many had expected, U.S. President Joe Biden is continuing with all of the trade and economic sanctions against China put in place by his predecessor, Donald Trump.

In a major address on Oct. 4, U.S. Trade Representative Katherine Tai struck an aggressive note, claiming that what the U.S. sees as unfair trade practices by the Chinese have "reinforced a zero-sum dynamic in the world economy where China's growth and prosperity come at the expense of workers and economic opportunity here in the U.S. and other market-based, democratic economies."

This puts Canada in a bind: even despite the saga of the two Michaels, Canadian businesses are eager to increase, not decrease, their engagement with the Communist giant. About 13% of Canada's imports come from China, second only to the U.S.

The Canada Pension Plan Investment Board, a government corporation that manages Canadians' pension funds, is invested in China to the tune of $56 billion, or approximately 12% of its total investments.

Cutting back these relationships would be costly to Canadian consumers, who would pay higher prices for the cheap manufactured goods that they depend on, as well as Canadian investors who profit from business opportunities in China that provide enticing rates of return. Indeed, through the CPPIB, every Canadian is, in a sense, a major investor in China.

For many businesses, despite bruised official relationships, it is full steam ahead. At a major seafood trade show in China scheduled for later this month, Canada will be well-represented, not just by businesses but by official delegations, both from the federal and several maritime provincial governments.

During the long decades of the Cold War, and for several decades thereafter, Canada has enjoyed the unique privilege of being the neighbor and best friend of the world's superpower.

With the rise of China, and President Xi Jinping making it abundantly clear that his aspiration is nothing less than restoring China to the civilizational glory it enjoyed before the rise of Western hegemony, Canada is now in the awkward situation of being caught between the U.S. and China in a battle for nothing less than global supremacy.