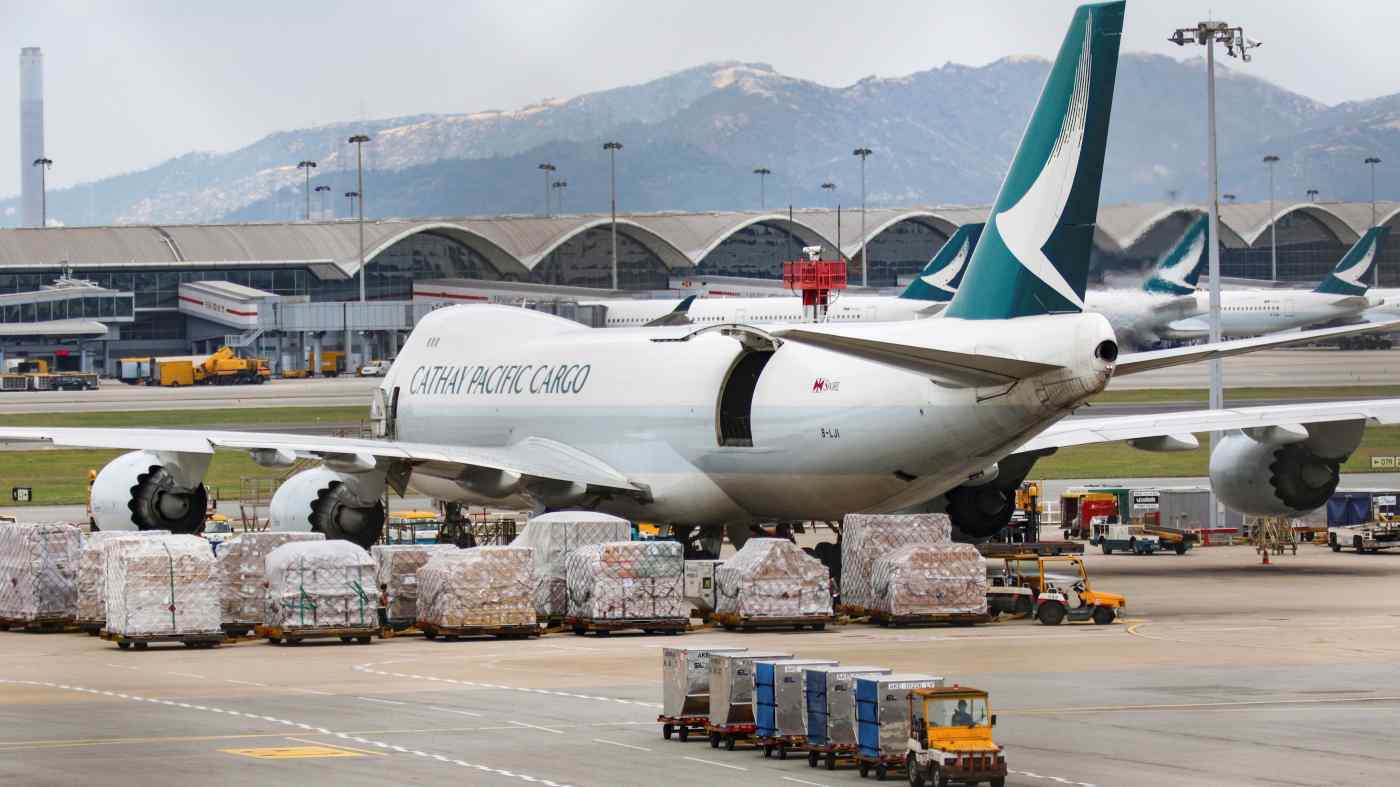 Cathay has concentrated on the rare bright spot of cargo activities.   © Sipa/AP
CopyCopied

David Yu is a finance professor at New York University Shanghai who specializes in cross-border financing and aviation finance and leasing. His new book, "Aircraft Valuation and Leasing," is out in October.

When Hong Kong-based airline Cathay Pacific Airways suspended its shares from trading last week ahead of an announcement, investors and the broader airline industry wondered whether there was good news to come -- or, following the post-coronavirus aviation collapse, bad.

It was good: the Hong Kong government would lead a $5 billion recapitalization of the airline. Cathay's passenger capacity had fallen 97% and its actual numbers more severely, thanks to COVID-19. Even a well-run airline cannot sustain this drastic disruption to their business models for a long period given the cost structure needed to operate.

This urgent need for a bailout shows that the Asian aviation market has not yet made the rosy, sustainable bounceback from the abyss that some in the market have suggested. In fact, there is a long way to go yet.

Domestic flights within the bigger economies have shown some robustness in scheduled activity compared to the 2019 average. The number of scheduled domestic flights in China and South Korea is off 12% as of June 8, according to flight tracking data provider OAG, while Indonesia and Japan are off 24% and 33%.

Unfortunately, most airlines are not domestic-oriented, and those with a larger percentage of international flights, such as Cathay Pacific and its rival Singapore Airlines, have yet to see any significant bounceback. International flights remain around 14% of pre-COVID figures. 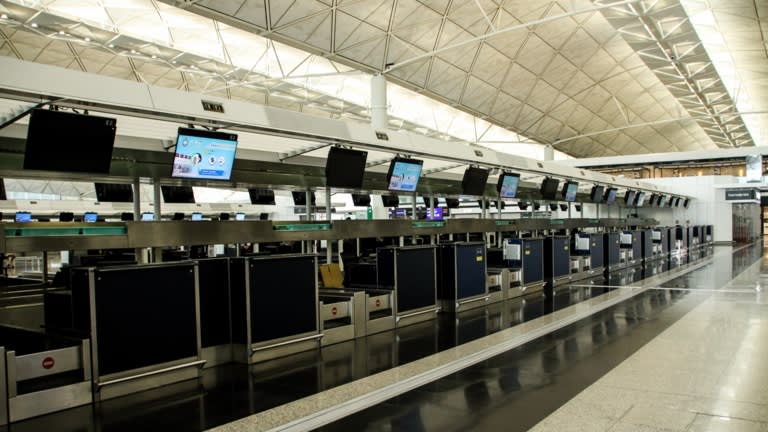 The check-in counter of the Hong Kong International Airport, pictured on May 11: the prospects for international flights are pessimistic.   © NurPhoto/Getty Images

The continued effective closure of borders to noncitizens, and sometimes even permanent residents, depending on the country, has depressed demand. Two-week quarantines on both ends have not encouraged international travel either.

Airlines which fly those international routes tend to use larger widebody aircraft, more expensive to finance and run, so they suffer double from the downturn, having fewer flights and higher costs. This difficult situation is not expected to get significantly better until physical and psychological barriers to travel are eased; a miraculous vaccine would help.

While the size of the Cathay bailout is smaller than other Asian governments' support for airlines, it is similar to the 5.3 billion Singapore dollars ($3.8 billion) in equity and S$9.7 billion in convertible notes that Temasek, Singapore Airlines' majority owner, provided it in late March.

It is also less onerous than other airlines have received. The Hong Kong government pledged not to get involved in management by appointing only board observers, rather than directors, unlike in Germany's proposed 9 billion euro bailout of Lufthansa.

While it came later than other regional government aviation support, it not only props up the airline itself but also the broader interlinked logistics hub. Cathay, like other airlines, has concentrated on the rare bright spot of cargo activities, in light of anemic passenger traffic.

There are still signs airlines need bailouts, like Malaysia-based AirAsia Group's recent announcement of 30% layoffs and sale of 10% of the business, and indeed the continued imminent danger of airline bankruptcies or restructurings, following Virgin Australia and Thai Airways International.

As such, airlines will need to continue raising funds through all means, including capital injections privately or from governments; leveraging their existing balance sheets; and using merger consolidation activity to bridge the period until more sustainable operations can occur.

Cathay's large capital injection at this late juncture in the COVID-19 life cycle shows that the virus still has the potency to disrupt airlines, and this will probably not be the last bailout for an Asian airline. It also shows that however much other parts of the Asian aviation market have bounced back, there is a long way to go.