China abhors the rules-based order but what does it want instead? 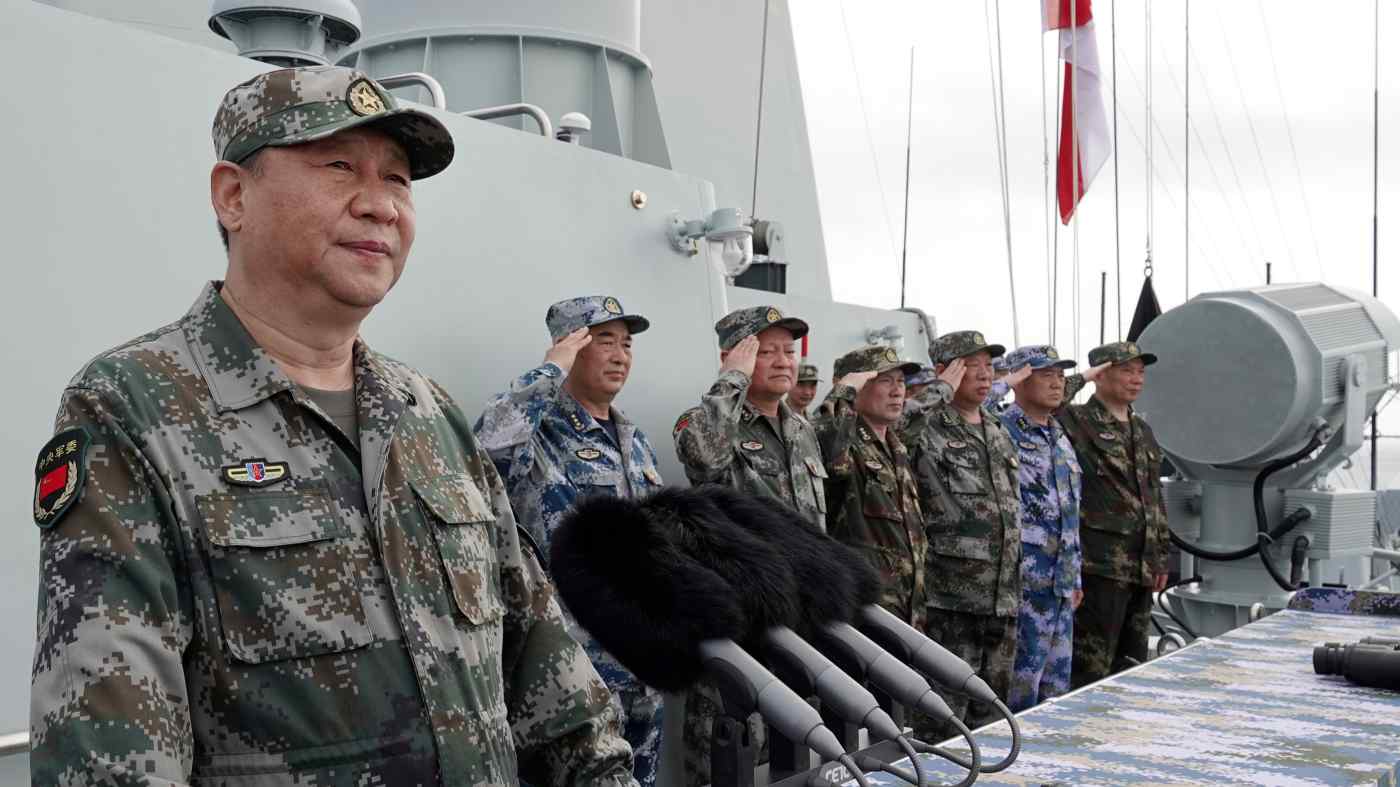 Xi Jinping reviews the People's Liberation Army Navy fleet in the South China Sea in April 2018: the most dangerous development in the Indo-Pacific is a shift toward a power-based order.   © Xinhua/AP
CopyCopied

In early May, the Group of Seven nations demanded that China "participate constructively in the rules-based international system."

China reacted with vitriol, accusing G-7 ministers of disregarding the norms of international relations and undermining China's sovereignty. Russia was also in the G-7's crosshairs. Foreign Minister Sergey Lavrov's response was predictably acerbic, observing that the West was no longer concerned with the norms of international law but simply required everyone to follow and observe Western norms and order.

Both China and Russia insist on the centrality of the United Nations for global governance and the primacy of national sovereignty, in contrast to the United States' promotion of a liberal international order. They argue that the West's "rules-based system" is a nebulous term, a loose accretion of norms built on the consensus of a post-World War II trans-Atlantic cabal. What are these rules, and to whom do they belong? China also argues that it was not at the table when the rule-making began.

The Biden administration recently amplified the clamor for Beijing to adhere to a "rules-based international system," encouraging allies to join ranks and to call out regimes for their coercive behaviors.

In a May 21 joint statement, Biden and his South Korean counterpart, Moon Jae-in, proclaimed opposition to all activities that undermine, destabilize or threaten the rules-based international order, and committed to maintaining an inclusive, free and open Indo-Pacific region. Both leaders pledged to maintain peace and stability, lawful unimpeded commerce and respect for international law, including freedom of navigation and overflight in the South China Sea and beyond. 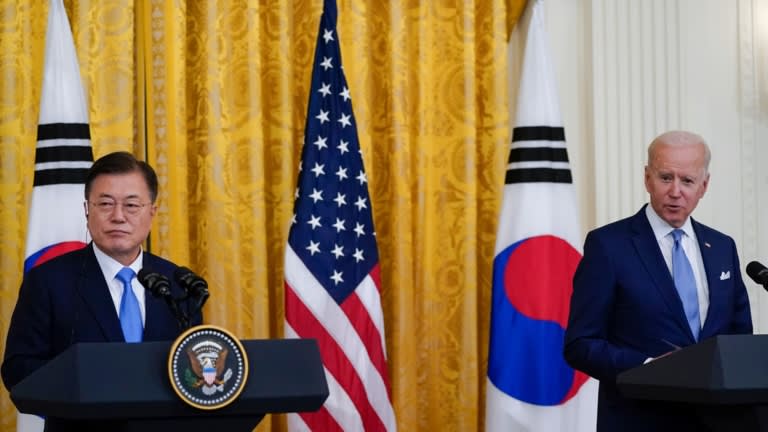 Joe Biden and Moon Jae-in hold a joint news conference in the East Room of the White House on May 21: both leaders pledged to maintain peace and stability.   © AP

One day later, on the eve of the departure of the HMS Queen Elizabeth carrier strike group on its first operational deployment to the Indo-Pacific, British Prime Minister Boris Johnson stressed to Beijing the U.K.'s belief in the international law of the sea and that, along with friends and allies, Britain played a very important role in upholding the "international rules-based system."

The construction of China's first-ever military base on foreign soil in Djibouti, and several more in the contested waters of the South China Sea, all bear witness to China's challenge to the existing international order. Beijing now equates insistence on a rules-based system with criticism of its claims in the South China Sea, generating ire from the Chinese leadership over one of its "core interests."

Western demands for China to embrace a rules-based system are not new. The Obama administration talked about a "principled approach," and Donald Trump called on China to obey the "rules of the road." However, with President Xi Jinping's distillation of power at the top of the Communist Party, making him China's most powerful leader, there is an opportunity to attempt to shape the international strategic environment on his terms and to his party's advantage.

This notion is embodied in the spirit of the "China Plan" -- a populist term used by the CCP that has attracted the attention of Western China watchers. Meanwhile, China has consistently, and more vocally, argued that the U.S. alliance system in the Indo-Pacific is a moribund relic of the Cold War. The CCP is in a position to offer a refreshed, more pluralistic approach to regional security.

Xi's plan celebrates China's strategic arrival and the inextricable links China has built with the outside world since Deng Xiaoping's era -- and sets a timeline for completion encompassed by the two centenary goals. The first goal later this year in July, marking the centenary of the establishment of the CCP, aims to build a moderately prosperous society in all respects. The second centenary, 2049, marking the foundation of the People's Republic of China, aims to build a modern socialist country that is prosperous, strong, democratic, culturally advanced and harmonious.

In concert with the China Plan, Xi Jinping thought signals a new Chinese approach to the global order with another mantra: building a shared future for mankind. Despite such a vision of inclusivity, China is pushing back hard against the interests of the U.S. and its allies in the Indo-Pacific, undermining the existing international order and fueling a security dilemma. Washington sees China adrift from the rules-based system that facilitated its strategic arrival. Perhaps the most dangerous development in the Indo-Pacific is a shift toward a power-based order, where international norms, standards and principles of behavior fall by the wayside.

China's wolf warrior diplomats are now tasked with suppressing discussion of the rules-based international system -- an increasingly toxic phrase and a hindrance to Xi's model for global governance. Compounding the problem is a lack of definition of what rules are to be followed, leading to skepticism and anxiety among some countries in Asia.

When China demands definition and clarity from the West and its rules-based order, it should also be ready to explain what a shared future for mankind practically entails for the region.