China and the US dash toward another MAD arms race

Restore strategic stability in East Asia before it is too late Xi Jinping presents a People's Liberation Army flag to the political commissar of the Hainan in Sanya on Apr. 24: China is mostly to blame for the demolition of the foundations of strategic stability.   © Xinhua/AP
CopyCopied

The foundations of strategic stability in East Asia are crumbling. As the U.S. and China intensify their competition in trade, technology and security, the factors that have previously underpinned regional strategic stability -- and made possible the region's economic success -- have either been eroded significantly or become key drivers of instability.

Strategic stability, marked principally by cooperative relations among major powers, benign threat assessment and muted competition for military superiority, has prevailed in East Asia during most of the post-Cold War era.

The most important cause of the extraordinary luck East Asia has had since the fall of the Berlin Wall is engagement, not confrontation, between the U.S. and China. Despite occasional tensions, Washington and Beijing succeeded in promoting cooperation and managing their differences. Economically, regional economic integration encouraged by the U.S. created incentives for foreign policy restraint, keeping a lid on long-standing maritime and territorial disputes.

On the security front, the U.S. alliance system and the forward deployment of forces helped maintain the region's military balance of power. Although China viewed this American security posture as a relic of the Cold War and inimical to its security interests, it acquiesced to America's security presence because it both benefited from the stability it produced and lacked the capabilities to challenge it.

Today, few of these pillars of stability remain standing. The U.S. and China are now in an open-ended geopolitical conflict. Both see each other as an existential geopolitical threat.

U.S.-led economic integration stalled after Donald Trump withdrew from the Trans-Pacific Partnership. The raging trade and tech wars between the U.S. and China threaten to fragment East Asia's trade, investment and technology flows because Washington has embraced decoupling as an instrument to weaken Chinese power. China's own version of decoupling -- reducing its reliance on the U.S. market and its technology -- will further accelerate fragmentation.

To be sure, Beijing is trying to stitch together a separate trading bloc through the Regional Comprehensive Economic Partnership (RCEP) trade agreement that excludes the U.S. But that strategy appears less likely to succeed following the rapidly deteriorating ties between RCEP's two largest members, China and Japan, with Tokyo appearing to side with the U.S. in its duel with China.

In retrospect, China is mostly to blame for the demolition of the foundations of East Asia's strategic stability. China's rise, accompanied by its rapid military buildup, its turn toward hard authoritarianism at home and its aggressive foreign policy, have fundamentally altered the threat assessments of the region's key players.

Change in threat perception unavoidably forces the two dominant actors in East Asia -- the U.S. and China -- to reevaluate the adequacy of their military capabilities. Of all the factors driving strategic instability in the region, it is this reevaluation that has unleashed the most dangerous dynamic.

From Beijing's perspective, the American alliance system and forward deployment now poses an intolerable and acute threat to its security. Although China has been modernizing its military since the mid-1990s to deter the U.S. from intervening in a future conflict in the Taiwan Straits, the rapid descent of U.S.-China relations from engagement to open-ended conflict over the last two years has greatly increased Beijing's urgency and determination to further narrow the gap in military capabilities with the U.S.

For the U.S., already alarmed that Chinese advances are eroding America's military edge, the only logical response is to take actions to maintain its advantage. The Pentagon's Pacific Deterrence Initiative, a six-year plan costing $27 billion, explicitly focuses on meeting China's military threat. It is almost certainly the first of many similar measures to come.

Because of China's secretive political system, we do not know if President Xi Jinping and his colleagues have formulated their response to the Pacific Deterrence Initiative, but the odds are high that Beijing will see this as an escalation of the threat level and will counter it accordingly.

Here we have a classic vicious cycle. Tragically, all signs suggest that this arms race will escalate and make East Asia less secure and worse-off. 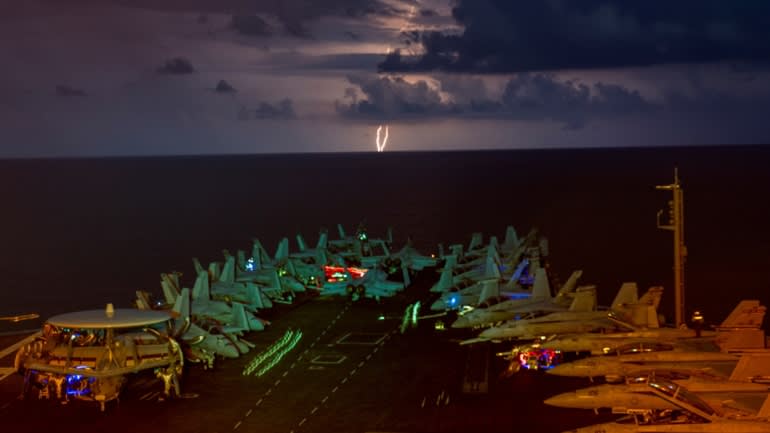 The logic of deterrence dictates that the U.S. will maintain a significant qualitative edge over China and would prevail decisively in a potential conflict. But the strategic logic driving Chinese security policy demands that the People's Liberation Army does not lose such a conflict should it ever arise.

At the moment, since the U.S. and China are both prioritizing military power in their competition, we should expect an extended arms race and growing strategic instability in East Asia.

One of the lessons of the Cold War is that arms races are both dangerous and ultimately futile. Advantages obtained through developing more lethal weapons tend to be temporary, while the confidence generated by military superiority usually raises an appetite for risk and leads to more aggressive behavior. Sadly, the Soviet Union and the U.S. began to understand this only after they narrowly averted a nuclear exchange during the Cuban missile crisis and then wasted trillions of dollars on the doctrine of mutually assured destruction, or MAD.

The question now is whether leaders in Washington and Beijing are wise enough to start engaging in arms control, confidence-building and diplomacy before it is too late. If they persist in prioritizing military competition, catastrophe, not a victory for either side, is the more likely outcome.