China and the US risk accidental war over Taiwan 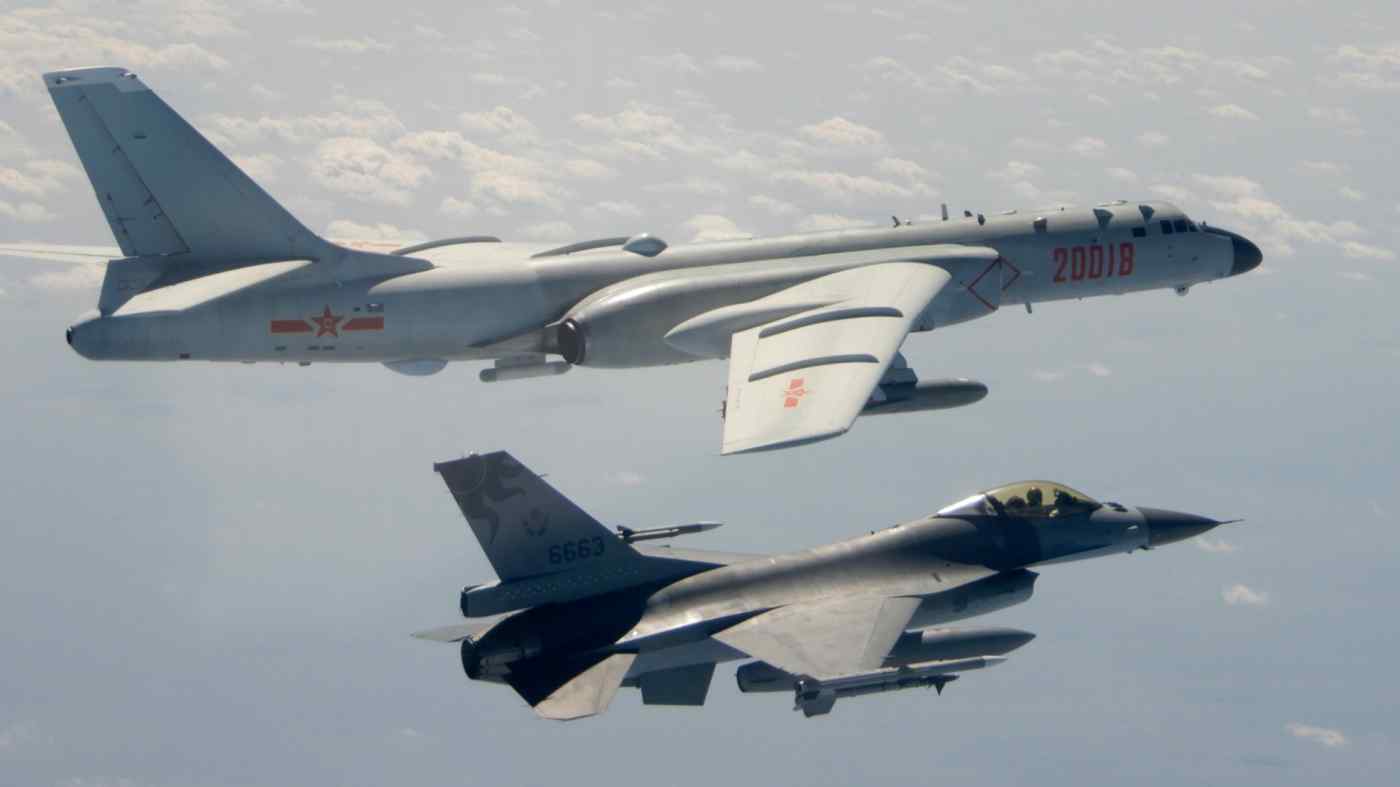 Taiwanese F-16 fighter jet in foreground flies on the flank of a Chinese H-6 bomber on Feb. 10: Chinese acts of military intimidation will have to seem bigger and more dangerous.   © Taiwan Ministry of National Defense/AP
CopyCopied

When 18 Chinese warplanes breached Taiwan's air defense identification zone last month, it was a further sign of rising tensions across the Taiwan Strait.

The latest in a series of large-scale military exercises aimed at intimidating Taiwan, official Chinese media warned the self-governing island's leaders -- and the U.S., which has stepped up its military and diplomatic support for Taipei -- of dire consequences if unspecified Chinese red lines are crossed.

All of which has raised fears that China is preparing to launch a military assault on Taiwan.

While no one should dismiss Chinese military threats and activities as mere posturing, a careful examination of Beijing's strategic calculations brings a clearer understanding of the real dynamics driving its intentions toward Taiwan.

According to the narrative that has gained the most traction recently, China is losing patience as the prospect of a peaceful reunification with the island slips further away. Yet despite all the bellicose rhetoric and unprecedented acts of intimidation, Beijing is highly unlikely to pursue a military option because of the high risk and astronomical costs involved.

An amphibious landing across more than 100 miles of water would be extremely hazardous, especially since Taiwan has built up strong capabilities to counter any invasion. If the U.S. intervened -- a more likely scenario today given the intense Sino-American hostility -- the odds of a successful invasion would be even lower. A humiliating defeat of the People's Liberation Army could spell the end of the Chinese Communist Party.

Other military options -- such as a naval blockade of the island -- are equally unattractive, and could also trigger an American intervention. Taipei could also seize any act of war as a justifiable cause for declaring independence.

Although China's military has gained enormous strength since the last Taiwan Strait crisis in 1995-1996, when Beijing launched a series of military exercises to warn Taiwan against moving toward de jure independence, the qualitative gap between the PLA and the U.S. military remains wide enough for China's leaders to think twice before taking any fateful gamble.

To be sure, China will continue to close the defense spending gap as it invests more resources toward increasing the odds of a successful military operation targeting Taiwan. But any medium term military activities will be limited by the logic of strategic deterrence.

Beijing apparently believes that its attempts to entice Taiwan back to the negotiating table and deter Taiwanese independence are failing. The electoral success of the pro-independence Democratic Progressive Party, or DPP, is likely to endure, leaving the pro-mainland Kuomintang, or KMT, in the political wilderness.

Worse still, as U.S.-China relations deteriorate, Washington has taken more aggressive steps to shore up Taiwan than any other administration since the U.S. normalized relations with China in 1979. In terms of arms sales, a critical gauge of American support for Taiwan, the Trump administration has approved $22 billion in arms sales to Taiwan, another first.

Beijing's worst fear is that China hawks in Washington would be tempted to take further steps toward cutting the U.S. clear of its commitment to the so-called One China policy, thus emboldening Taiwan to take actions to solidify its independent status. For example, Taiwan's legislature has recently formed a committee to amend its constitution, a move Beijing is watching closely to see if Taipei tries to use constitutional amendments to legalize its separation from China.

In China's strategic calculation, signaling its resolve to fight -- even against unfavorable odds -- is now the only option to prevent the far less desirable scenario of fighting a war they want to avoid at all costs. Unfortunately, acts of deterrence will likely set off a different set of dynamics that could be equally destabilizing and dangerous.

As China expands its gray-zone of coercion -- military acts short of war -- the U.S. will feel compelled to launch its own acts of counter-deterrence, which each side will need to escalate in order to prove its resolve. In practical terms, Chinese acts of military intimidation will have to seem bigger and more dangerous, while America will have to be seen to respond with more vigorous counter measures. A good example is the increased frequency of American warships transiting through the Taiwan Strait. USS Barry passes through the Taiwan Strait during routine operations on Oct. 14: America will have to be seen to respond with more vigorous counter measures. (Handout photo from U.S. Navy)

This dangerous dynamic raises the risk of a military confrontation between China and the U.S. over Taiwan. In the best-case scenario, effective communication and restrained rules of engagement may prevent accidental clashes. In the worst-case scenario, hostility, distrust, and aggressiveness will combine to set off a chain of events culminating in a firefight that neither side wants. The only way to stabilize the cross-strait relations is to de-escalate U.S.-China tensions over Taiwan by restoring political dialogue between Beijing and Taipei.

If Joe Biden wins next week's U.S. presidential election, there is a real possibility of a pause in the battle between China and the U.S. President Xi Jinping should seize this opportunity by reassuring the U.S. that he has no plans to attack Taiwan while extending an olive branch to President Tsai Ing-wen with a new framework fundamentally different to the now-discredited "one country, two systems" formula.