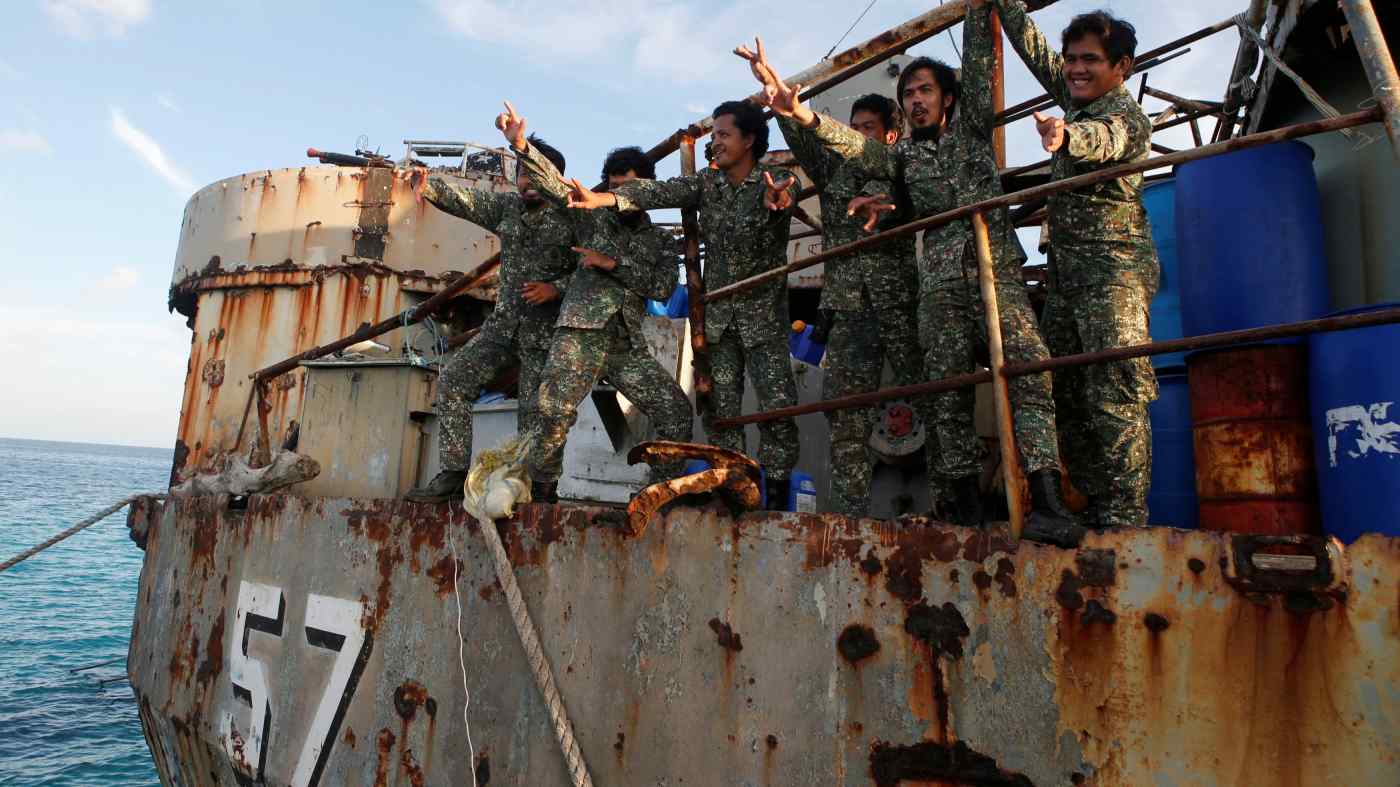 Philippine Marines wave during a resupply at their military outpost, the BRP Sierra Madre, a marooned transport ship in the South China Sea in March 2014: Asian countries' militaries are chronically underfunded.   © Reuters
CopyCopied

There has been much chatter over recent years about an Asian arms race triggered by China's surging military expenditure. This, it is argued, is reflected in increased defense budgets and new equipment programs announced by a number of Asian countries.

But one of the oddities of Asian geopolitics is that, if China's neighbors are fearful of its growing hard power capabilities, there is little evidence of urgency in their responses. As China's People's Liberation Army has become more advanced and capable, many neighboring militaries have stagnated. If there is a regional arms race, it has few participants and China has won it before the starting gun has even been fired.

China's regional military leadership is the result of its dramatic advances over the last three decades. The country's surging defense budget has allowed every aspect of the PLA to be transformed and modernized, with an impressive commitment to new technologies and equipment. These investments have allowed new doctrines based on regional force projection rather than China's territorial defense. This is particularly visible with the PLA Navy and its new aircraft carriers, destroyers, assault ships and submarines. But there have also been substantial increases in spending across all the PLA's branches, including the Air Force and Rocket Force.

In contrast to the PLA's advances, numerous militaries across Asia have been starved of funds and are facing relative obsolescence. True, regional defense budgets are expanding, but they frequently remain small by comparison with Gross Domestic Products and are often growing slower than underlying economies. Military spending has, in fact, shrunk over the last 10 years as a percentage of overall GDP across many of China's neighbors.

This trend is most pronounced in Southeast Asia, where the majority of countries have a seemingly entrenched reluctance to build credible defensive capabilities. Only Singapore, which by itself accounts for more than a quarter of the region's defense expenditure, appears committed to maintaining an advanced and comprehensively equipped military. By comparison, Indonesia, Malaysia and the Philippines all spend approximately 1% of their GDPs on defense. Their militaries are chronically underfunded with aging and often inoperable equipment. And when Southeast Asian countries do buy new weapons, it is often on such a small scale as to be almost irrelevant.

Southeast Asia, however, is not alone. Taiwan consistently reduced its defense spending as a percentage of its GDP between 1999 and 2019, from more than 3% to less than 2%, despite the growing threat from across the Taiwan Strait. And although it has increased its defense budget in 2020 and 2021, in part to acquire new equipment from the U.S., it remains unclear whether this will be sufficient relative to the threats faced or to offset the earlier underinvestment.

Japan has also refrained from significantly increasing its defense spending as a share of the total GDP. It may have Asia's third-largest defense budget, after China and India, but despite increased allocations since 2013, the country still spends just 1% of its GDP on its military. This proportion is far less than in Singapore, South Korea or Australia. As a result, Japan's military is less capable than appropriate given its size, regional status and risks the country faces. 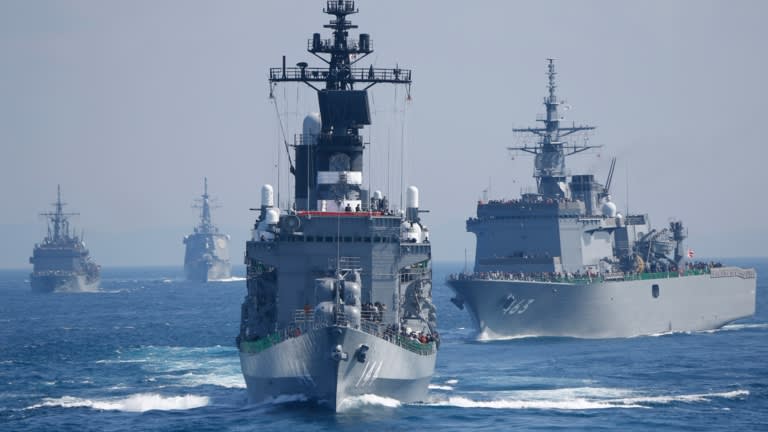 There are three possible explanations for this military neglect.

The first is that many Asian governments simply do not view defense spending as important when compared with other domestic priorities. Japan, South Korea and Taiwan, for example, all face rapidly increasing health care costs as their populations age. Similarly, many Southeast Asian nations frequently identify more pressing considerations when government budgets are under pressure.

The second is that Asian countries may have already decided that any response would be futile given the shift of the region's balance of power toward China. The superpower's military spending is already larger than the rest of Asia combined. It spends four and five times as much as India and Japan, respectively, and more than six times the total military expenditures of the Southeast Asian countries. Differences in this order of magnitude may be impossible to address, even with greater spending commitments.

The third possible explanation is that much of the region remains reliant on the U.S. for military cover. But this is a strategy with risks. Not only is there a degree of uncertainty about the U.S.'s long-term commitment to its regional partners, but the days of American military superiority over China are nearing their end. Asian countries seeking external support to offset their military deficiencies may find themselves vulnerable if the U.S., or any other non-Asian power, decides that the costs and risks of such partnerships are simply too high.

If China's neighbors view its military advances as a long-term problem, then they need to take action now. They have to spend far more on defense and should establish collective regional security structures to bolster their individual efforts. Failure to do so will send a clear signal that they see little urgency in addressing the region's changing geopolitical dynamics. And if they cannot find a sense of urgency in responding to China's growing might, then why should the rest of the world? If Asian countries willingly accept China's military supremacy, then so may the world's more distant powers.