The flags for the China Development Bank are flown near the Chinese national flag: China has a variety of lending instruments at its disposal.   © AP
CopyCopied

Paola Subacchi is professor of international economics at the University of London's Queen Mary Global Policy Institute and the author, most recently, of "The Cost of Free Money."

Of the many changes that COVID-19 has hastened, the way the U.S.-based International Monetary Fund and the World Bank execute policy has been among the most remarkable.

Gone are the harsh conditions that both institutions have attached to project finance since the 1980s, a policy approach known as the Washington Consensus. These often included fiscal austerity, welfare cuts, the removal of price subsidies and privatization, all in countries that were already in dire economic and financial conditions.

Often, governments had no choice but to agree, creating resentment all over the world -- especially in Asia -- as the Washington Consensus came to symbolize how nonelected institutions can impose draconian conditions on sovereign nations.

But things are changing. In response to COVID, the IMF has made $250 billion available to various lending facilities and to help with debt service relief, with a further $107 million in financial assistance going to 85 countries.

These measures have been made available through a variety of programs with light or no conditionality, and have instead focused on protecting lives and providing support to people who have lost their livelihood.

Like the nonconditional flexible credit line that the IMF established after the global financial crisis to help countries trapped in a liquidity crisis, the current measures are designed to relieve countries in debt distress as a consequence of the pandemic.

This policy shift is welcome, even if it comes after some significant policy failures in helping countries out of debt crises -- one of the latest and most prominent cases being Greece. But would such a turn have come about without China's transformation into a very significant lender to countries in need?

China is now the largest official source of development finance in the world, surpassing lending by any single multilateral institution or other bilateral lenders, including the U.S. Around 70% of these loans are granted by state-owned policy banks, notably China Development Bank and China Export-Import Bank.

The former now has total assets, domestic and international, that exceed the combined total assets of the World Bank, the European Investment Bank and all four major regional development banks combined. In the 10 years to 2019, China Development Bank and China Export-Import Bank granted loans to developing Asia-Pacific countries totaling almost $120 billion, compared to total loans worth $220 billion that the World Bank granted between 2012 and the first quarter of 2021.

China has a variety of lending instruments at its disposal, each with distinct features and functions. Since the mid-2010s two initiatives have come to epitomize China's growing role in cross-border lending: the Belt and Road Initiative, and the Beijing-based and China-led Asian Infrastructure Investment Bank.

Both initiatives have gained large visibility due to a combination of financial resources, a significant network of signatory countries and the hostility of the U.S. Still, the amount of money actually deployed so far has been relatively small. BRI loans are only about 10% of China's total lending.

While loan terms are often not disclosed -- China is not a member of the Paris Club -- available evidence suggests that BRI loans, unlike those offered by the World Bank, offer terms and conditions similar to those associated with normal commercial loans. Beijing does not impose economic or social reforms as loan conditions, which appeals to countries with existing debt or governance issues. 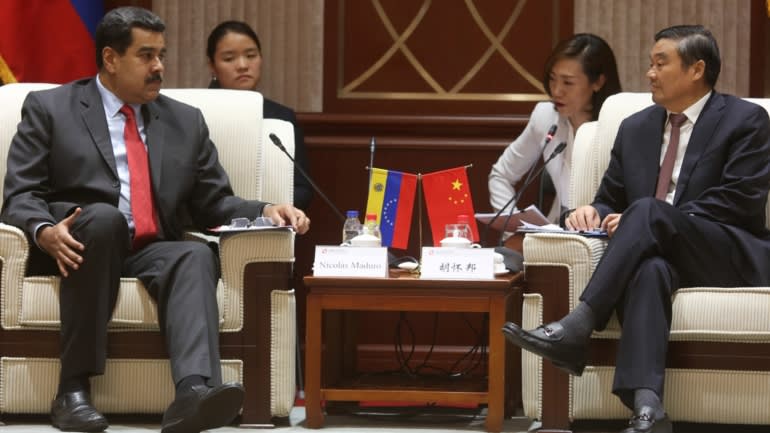 Chinese financial assistance has also been deployed in the less known but hugely effective form of bilateral currency swap agreements. Following the U.S. Federal Reserve's playbook, the People's Bank of China, China's central bank, has so far signed currency swap agreements -- bilateral liquidity lines -- with at least 32 countries, the latest being Myanmar. For countries with limited foreign exchange reserves, these agreements have been a godsend.

Pakistan has activated its swap line with China on a couple of occasions, once in 2013 and then again in 2017, which allowed it to fend off financial instability.

Bilateral lending and liquidity provisions have allowed China to quietly and unthreateningly advance its goal of playing a greater role in international finance within the constraints posed by its own currency, the yuan, which has limited international circulation.

China will continue to provide short-term liquidity to emerging markets and developing countries, thereby addressing the existing gap in the current system. In Asia, for instance, no country to date has ever accessed the IMF flexible credit line. There have only been a few IMF programs for smaller developing countries in the Asia-Pacific region in the past two decades, and in East Asia there have been none.

By gaining friends in countries that feel that they are being ignored or mistreated by other international financial institutions, and implicitly by the United States, China is taking control of key streams of regional cooperation in Asia. After watching the U.S. use loans and swap lines to selectively provide funding and liquidity in dollars, China is now doing the same.

It is still too early to call this the beginning of the Beijing consensus, as limitations of the yuan as an international currency constrain China's bilateral lending capacity and increase creditor risk.

However, while these limitations mean China cannot yet establish an alternative system to the current U.S.-led one, its much-expanded position in bilateral lending is now driving international action to focus on the need to improve the way the IMF and other multilateral development banks provide funding, and how to make the conditions attached to those loans more flexible.