China must act now to prevent Yangtze floods getting worse 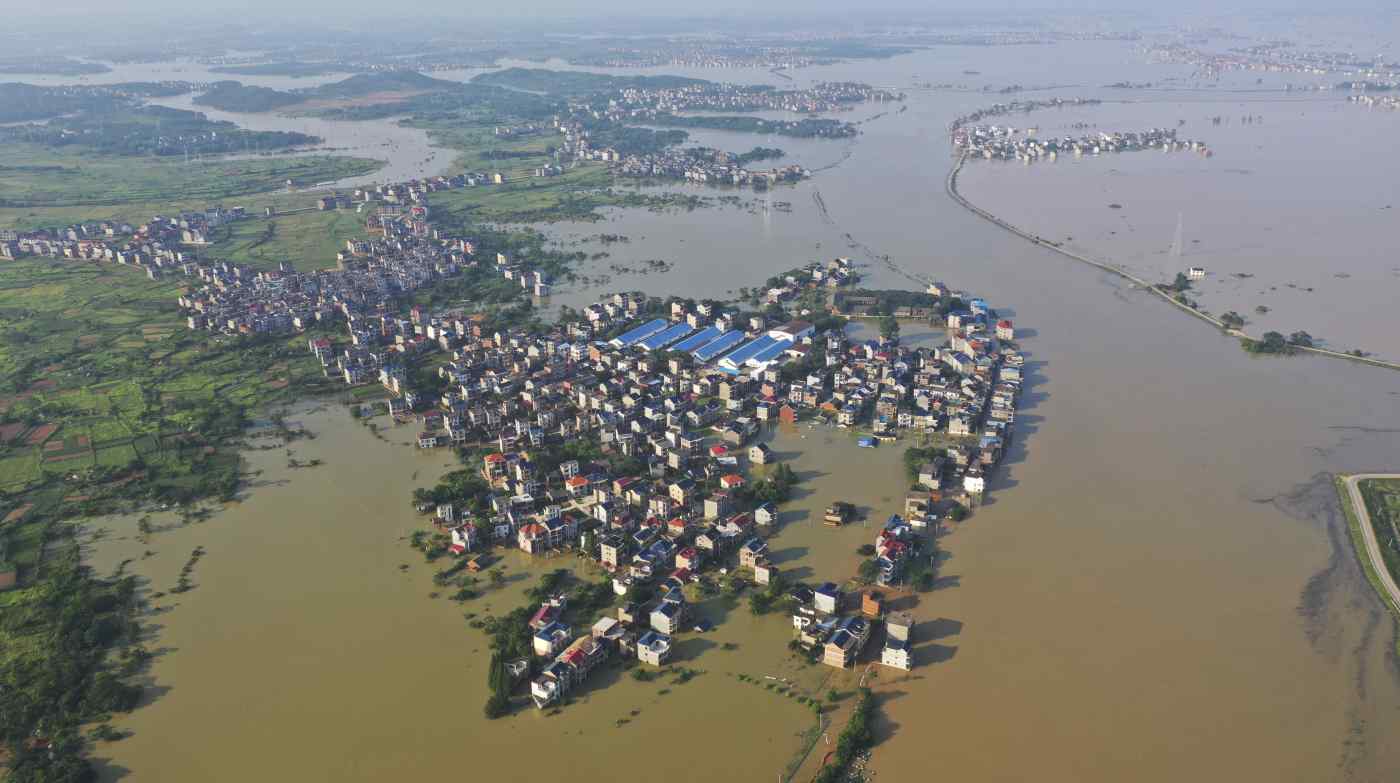 Houses around the Poyang Lake, the largest freshwater lake in China, are submerged by flood, pictured on July 14.   © Imaginechina/AP
CopyCopied

Qingfeng Zhang is Director of the Environment, Natural Resources and Agriculture Division of the Asian Development Bank's East Asia Department.

This year, the monsoon season has started earlier than normal in the People's Republic of China, resulting in severe floods that have already affected 38 million people and caused $11.8 billion of direct economic losses.

The Yangtze River basin in the southern part of China has been hard hit by heavy flooding since early June this year. Hundreds of the basin's small to medium-size rivers, as well as major lakes including the Dongting, Poyang and Tai, have risen to their highest levels in history.

This flooding is certainly not the first of its kind: the Yangtze River basin experiences large floods about every 10 years, each causing suffering and extreme damage to the economy and environment. Human and ecological factors like accelerating urbanization make them worse.

So the most immediate question is: what can be done to reduce the likelihood of flood-related losses while maximizing the benefits of economic development? The solution is a complex tangle of financial, institutional, social, procedural and technical threads.

First, rehabilitating aging flood-control measures such as dikes and reservoirs is paramount. More than 80,000 reservoirs in China, of which about 50,000 are in the Yangtze River basin, do not store water up to the intended level as they are subject to leakage, instability of dams and inadequate drainage capacity for emergency flood discharge. Rehabilitation of such reservoirs is a lower-cost way to strengthen flood mitigation and with less adverse impact on the environment and people than building new reservoirs. 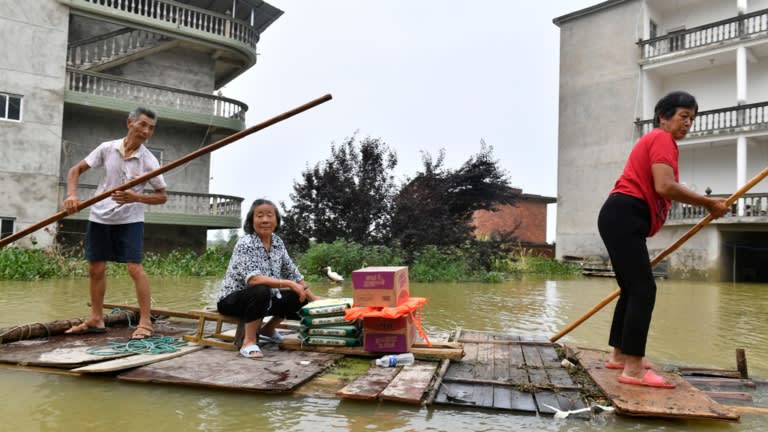 Water level at the Poyang Lake remains high above alert level, amid ongoing torrential rains that have caused widespread flooding along the Yangtze River basin, pictured on July 15.   © Imaginechina/AP

Second, ecological conservation will play a crucial role in mitigating floods. A large number of wetlands in China that formerly served as natural flood barriers have been destroyed at the annual rate of about 9% since the 1950s.

About 1.3 million hectares of water surface areas and buffer zones mainly in the Dongting, Poyang and Tai lakes have been reclaimed for agriculture or urban development, and the remaining volume of lakes is reduced significantly due to sedimentation. The government has started restoring these lost wetlands, but it requires time and significant amount of finance and commitment.

Third, responsibilities for flood risk management are still divided among several agencies despite recent institutional reform in China. The role of river-basin authorities needs to be enhanced to fully enable their coordination.

Fourth, social and gender inequalities need to be addressed. Poverty is both a cause and a consequence of vulnerability, especially in rural areas, where households rely primarily on agriculture for their livelihoods. Many emerging farmers, who built up assets on newly consolidated land for agriculture, are dragged into severe poverty by the floods.

In areas with inadequate access to sanitation, floods can lead to toilet overflow, groundwater contamination, soil pollution and general environmental degradation. Increasing access to safely managed sanitation and improving public health conditions is therefore paramount to protect both human and environmental health. This is particularly relevant to prevent the spread of COVID-19 in highly exposed communities.

A participatory and community-based approach to flood risk management should be in place to reduce the vulnerability and increase the resilience of local communities. The flood early-warning system should be well embedded into the community-based system.

Fifth, financial mechanisms are instrumental in mitigating the impacts of monetary losses. The potential of financial products, including insurance and resilience bonds, contingent liability facilities, risk pooling and other emerging mechanisms for adapting planning and ecosystem resilience, is still largely untapped. The Chinese government, international financial institutions, the private sector, commercial banks, research institutes and civil society organizations have to work closely together.

Taking all these elements into account, the Asian Development Bank has invested about $2 billion to support the Yangtze River Economic Belt program to address environmental, social and economic issues. This moves beyond traditional watershed management toward a comprehensive approach that embraces all aspects of the basin, including protection of public goods, such as water resources, ecosystems, pollution control, biodiversity conservation and climate change.

To build back better, protect and restore the ecosystem services on which China's economic growth and jobs depend, a nature-centered approach will be pivotal. As a positive step, a national green development fund with total registered capital of $12.7 billion, focusing on key areas of green development along the Yangtze River Economic Belt, was established in Shanghai on July 15.

The funds raised will be directed to investment fields such as pollution control, ecological restoration, afforestation of national land, conservation of energy and resources, green transportation and clean energy along the Yangtze river.

Together with the promulgation of a Yangtze river protection law and the establishment of a green development fund, all these actions to manage and value natural ecosystems can address societal challenges and extreme events effectively and adaptively, while providing economic dividends, human well-being and biodiversity benefits.