Xi should release all Uighur Muslims, and pay compensation of up to $14,000 each Artux City Vocational Skills Education Training Service Center, pictured in December 2018: China's first priority should be the immediate release of all Muslims being held in those facilities.   © AP
CopyCopied

One of the most influential ideas of behavioral economics is that losses loom much larger in the human psyche than gains. So much so that we are often unable to recognize a lost cause.

Recent history is replete with examples. America's unsuccessful wars in Vietnam, Iraq, and Afghanistan dragged on endlessly because U.S. leaders were unwilling to admit their mistakes. When the stakes are high, as they always when it comes to war, aversion to losing can have calamitous consequences.

All of which makes China's incarceration of more than a million mostly Muslim Uighurs in the restive multiethnic province of Xinjiang all the more puzzling. Not only is there scant evidence to support the view that mass incarceration, ideological indoctrination, and draconian security measures will help main stability in Xinjiang. Locking up hundreds of thousands of able-bodied men will add to labor shortages, exacerbating discontent among the rest of the population.

Stringent security measures fuel people's anger in other ways. While locking up radicalized Muslims will likely harden their extremist views, putting innocent people in prison will no doubt make them more susceptible to extremism. If China had a manageable security problem in Xinjiang before it started its mass incarceration program, it could now face a full-blown insurgency if and when it begins releasing Muslims held in its camps. Unless it intends to keep them there indefinitely.

By not reversing course in Xinjiang, China is helping the U.S. -- its principal geopolitical rival -- forge a broad anti-China coalition. What Beijing actually needs, sooner rather than later, is an exit strategy from its untenable policies in Xinjiang. China's first order of priority should be the immediate release of all Muslims being held in so-called "vocational training centers."

While Xinjiang's Uighur governor Shohrat Zakir claimed last December that "students" in these centers had "graduated," there is no evidence that any have been released. One face-saving way for Beijing to end the program would be to release all Muslims presently incarcerated and, as compensation, provide each with an "entrepreneur fund" of 100,000 yuan ($14,300) to start a business.

On paper, the amount of money needed for such a compensation plan -- 100 billion yuan ($14 billion) for one million Muslims -- may sound enormous, but the reality is that China will not be spending much more than it currently does. And even such a modest amount of compensation cannot make up for the emotional toll of the victims of Beijing's incarceration program, it will be a step in the right direction.

China should follow up with a long-term development financing program for Xinjiang ethnic minorities, with banks facilitating expanded micro-financing in the region to assist people wanting to start and sustain private businesses outside the traditional agricultural sector. An even more important step would be committing to sharing the wealth generated by Xinjiang's abundant natural resources. Imagine how much goodwill would be generated internationally by a system that allocated a fixed share of the proceeds province's oil, gas, coal and mineral wealth to Xinjiang's residents on a progressive scale.

Even more important steps could be taken on the political front. For a start, China should grant medical parole to prominent Uighur scholars including Ilham Tohti, a 50-year old economist sentenced to life imprisonment in 2014. China's Communist Party should also replace top leaders in Xinjiang with more pragmatic officials. Over the long-term, Beijing should increase the representation of Muslims in Xinjiang's government. 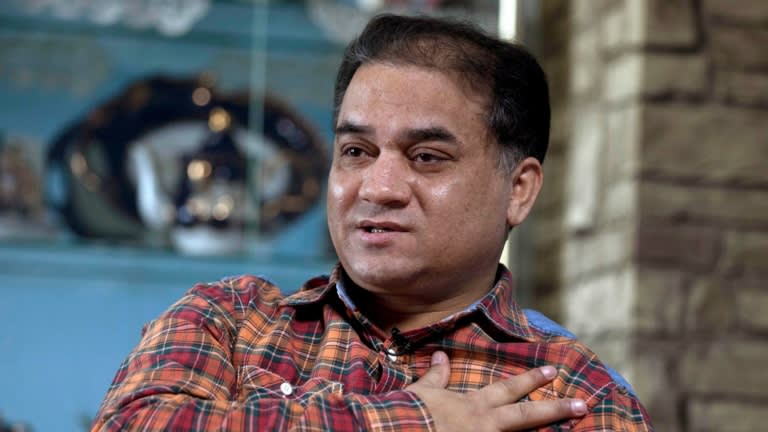 Ilham Tohti, a 50-year old economist sentenced to life imprisonment in 2014, pictured at his home in Beijing in February 2013: China should grant medical parole to prominent Uighur scholars.   © AP

The last prong of a long-term strategy to win the hearts and minds of Xinjiang's Muslims would be to show due respect for their cultural heritage. Specifically, Chinese authorities should end the crackdown on Muslim religious and cultural practices, and curtail the migration of China's Han majority into the region.

Skeptics of this forward-looking proposal may counter that such "concessions" will reveal China's weakness and further stoke violence and separatism. To be sure, relaxation of excessive security measures, including the end of mass incarceration, could result in a temporary spike in violence. But it would be a stretch to argue that such a flare-up will result in mass insurgency or even the secession in Xinjiang -- a decidedly improbable scenario given China's formidable security apparatus. On the contrary, justice, fairness, and protected political and cultural rights will most likely bring long-term peace and stability.

By following such an exit strategy, Beijing would cut its losses and replace a self-defeating policy with a long-term strategy to secure Xinjiang. Yes, recognizing the loss will be as difficult for China's loss-averse leaders as for stubborn politicians the world over.

We can only hope that by overcoming his own fear of losses, Xi Jinping can muster the courage needed to steer China's Xinjiang policy in a more gainful direction.