China's GDP plunge is 20 years in the making

Xi has missed chance to reform, open up and strengthen economy A statue of Mao Zedong is seen in front of smoking chimneys at state-owned Wuhan Iron And Steel Corp.: China lost much of its tolerance for disruption.   © Reuters
CopyCopied

The most important thing to keep in mind about China's 6.8% contraction in first-quarter gross domestic product is that the bad news is only beginning.

Sure, there will be takes arguing against worrying, saying that President Xi Jinping is now reopening China Inc. after coronavirus shutdowns. When China gets back to business, Xi's spin doctors argue, the first drop in GDP for more than 40 years will be a distant memory.

But even China's strongest leader since Mao Zedong cannot simply command 1.4 billion mainlanders to come out and spend. It helps if the people have cash to deploy. It is even better when export markets, currently shut down, exist to jump-start growth.

The world has much riding on Xi's success in getting his $14 trillion economy back on track. It would provide a desperately needed demand boost just as the U.S., Japan and Europe are veering into negative territory. The lessons from China's success, or failure, in returning to normal, post-COVID-19, will garner the most headlines. But the more important ones relate to how China got here.

This contraction is 20-plus years in the making. This comeuppance was inevitable, even if it had arrived in another form, a synchronized global slump, for example. While the coronavirus shock has been rapid, harsh and more spectacular, it highlights why China's unbalanced economy is not ready to join the ranks of trusted and stable industrialized nations.

For more than two decades, a succession of governments has pledged to wean China off exports and smokestack industries. They promised to shrink the state sector, create a vibrant universe of private companies and strengthen governance. They promised to increase transparency and stop Chinese Communist Party bigwigs from meddling in the economy. They promised to level the playing field for foreign companies creating well-paying jobs.

The Jiang Zemin era from 1993 to 2003 managed some key reforms, particularly during Zhu Rongji's five years as premier from 1998. Though Xi talked a good game of market forces playing a "decisive" role, Jiang's team actually did it. They eliminated more than 40 million state-sector jobs and 60,000 companies. Zhu shepherded China into the World Trade Organization.

Then China lost much of its tolerance for disruption. The Hu Jintao era, from 2003 to 2013, was relatively reform-free. Hu's China mostly rested on Jiang's laurels. China exported its way to 10% growth, providing political cover to shelve large-scale structural upgrades. When financial calamity hit in 2008 with the failure of Lehman Brothers, Beijing turbocharged stimulus. Tens of trillions of dollars of debt and credit kept growth north of 9%. 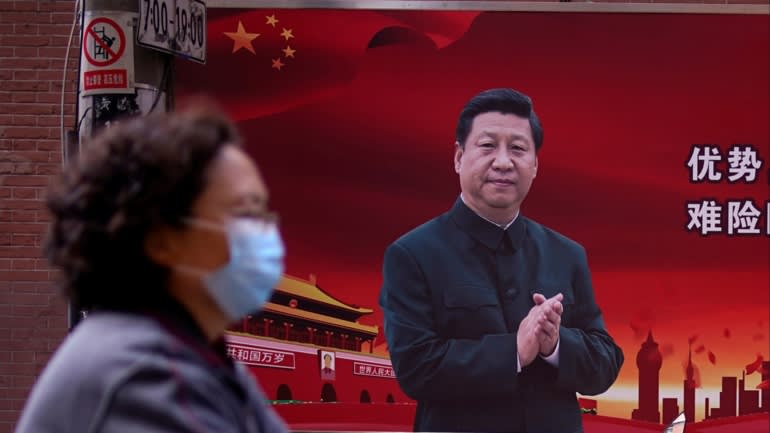 Enter Xi, who formally grabbed the reins in March 2013. Just like Japanese Prime Minister Shinzo Abe, Xi promised a deregulatory big bang. Instead, like Abe, he has tended to favor stimulus and export-driven growth over steps to boost competitiveness and productivity. Xi also turned back the clock on the media's ability to police inefficiency and malfeasance.

Nor has corporate China done its part in positively reforming the economy. The Luckin Coffee scandal, when it revealed that up to 40% of its recent sales had been faked, dispels the notion that China Inc. is embracing international standards of accounting or transparency.

This is China's economy in 2020, one fueled more by stimulus fumes than organic domestic demand, which must now confront a multifaceted catastrophe: a public health emergency that triggered the human equivalent of a credit crunch, all happening atop an unbalanced financial system.

There is a high risk of a second wave of COVID-19 infections that necessitates another lockdown. This would rain on Xi's victory parade. It also would make the 6.8% drop in GDP between January and March look tame by comparison.

The economics community is preoccupied with why Beijing's fiscal maneuvers are not putting a floor under growth. Perhaps the problem is something bigger: a model that worked so well for two decades is in no better shape than Xi's overburdened health care system. Even China lacks the switch to turn things back on when global demand is not there to support it.

It seems inevitable that Beijing will have to loosen fiscal policy further. That means tax incentives, more generous loan programs for small-to-midsize companies and additional assistance for municipal governments. The People's Bank of China, meantime, has been more conservative than peers in adding liquidity to credit markets. Some monetary loosening might help.

More importantly, though, Xi should read from the playbooks of the late 1990s and early 2000s. He must stop giant, change-averse, politically connected state enterprises receiving favorable treatment.

If China is going to generate more jobs from the ground up, and more tech unicorns, Xi needs to take his vast powers out for a ride, and ensure that once the coronavirus era passes, China's private sector is healthy and diversified enough to power Asia's largest economy back to life.