TikTok's troubles shows ByteDance and others will face U.S. pushback as they expand 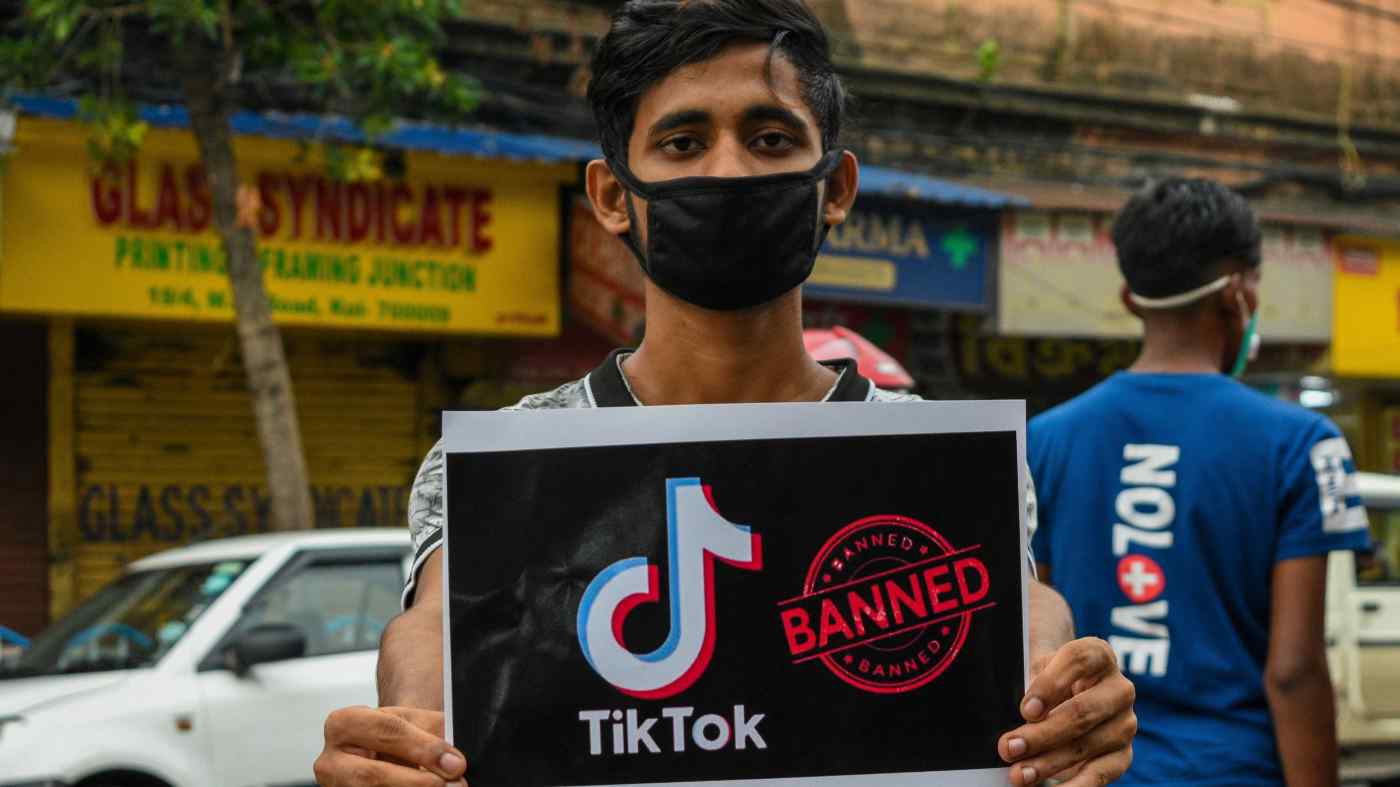 Major Chinese internet groups are facing extreme scrutiny but it does not mean that they must stop expanding internationally.   © Sipa/AP
CopyCopied

TikTok makes a curious bellwether for a new age of techno-nationalism, with its apolitical teenage audience and frivolous lip-sync videos. But the Chinese-owned app's decision to quit Hong Kong, alongside its ban in India, illustrates a deeper shift in the fortunes of China's biggest tech businesses.

The likes of e-commerce giant Alibaba Group Holding and ByteDance, TikTok's Beijing-based parent, have long sought to transform themselves into global operations. Geopolitical tensions between China and the West are now making this aim much harder to achieve. Just as TikTok may soon be banned not just in India but also in the U.S., so the odds are growing that other Chinese tech groups will find their dreams of global growth frustrated too.

TikTok pulling out of Hong Kong was, at base, a sign of desperation. The app has grown wildly popular since its 2017 launch, amassing 800 million users and contributing a fair chunk of its parent's estimated $100 billion valuation.

But China's draconian new national security law raised concerns over data privacy in Hong Kong, while TikTok hoped its departure would help it avoid awkward questions about it and its parent's ties with the Chinese state -- for instance how it stores users' data and whether it would have to provide such data to China's authorities.

Those hopes now look forlorn. ByteDance has tried to keep TikTok separate from domestic apps like Douyin, which offers similar quirky short videos to Chinese users. TikTok now has an American CEO and says its operations are independent from Beijing. "We have never provided user data to the Chinese government, nor would we do so if asked," it said recently.

The icon of Douyin's video messaging app Duoshan on a smartphone; ByteDance has tried to keep TikTok separate from domestic apps.   © Imaginechina/AP

Such claims did little to convince India, which banned the service in June on national security grounds in the aftermath of Himalayan border clashes with China. Nor is it likely to win over U.S. President Donald Trump, whose Secretary of State Mike Pompeo said on July 6 that the U.S. was examining the service.

On the face of it, the notion of TikTok as a national security threat is laughable, with its jocular content and youthful clientele. But such accusations underline how easily Chinese tech companies now come under suspicion, especially those that keep data on millions of users. Put another way: if TikTok can be considered a national security threat, then so can almost any other major Chinese digital business.

India was a particular blow to TikTok's plans, given the app's popularity in its potentially vast market. But in pushing a ban Prime Minister Narendra Modi showed TikTok's peculiar vulnerability, in large part because its audience was too young and powerless to offer much in the way of a complaint when the service was blocked.

Facing a tough election, Trump may well feel that banning the app makes political sense for him too. Governments in Europe are likely to increase their scrutiny of TikTok and other Chinese tech services, from gaming apps to cloud storage providers like Alibaba.

At one level, the main beneficiary of TikTok's troubles will be other U.S. tech groups, and Facebook in particular. TikTok's rapid popularity made it a plausible rival to parts of Mark Zuckerberg's business empire. Facebook paid TikTok the compliment of aping it by launching Lasso, a notably unsuccessful clone that the company soon plans to close. Now TikTok has been turfed out of India, however, and with the U.S. perhaps to follow, Facebook is left with one fewer competitor to worry about in its most important markets.

But it also signals how hard it is for any company to become a genuine global tech platform. U.S. companies like Facebook are already barred from China. Indian tech policy is becoming more nationalistic as Modi stacks the deck in favor of local tech champion Reliance Jio. And now major Chinese internet groups are facing extreme scrutiny in the U.S. and elsewhere.

This does not mean that the era of Big Tech itself is in decline. Companies like Facebook and ByteDance are growing more powerful, not least in the aftermath of COVID-19, as investors have sent their share prices soaring in anticipation of recession-defying growth. Many will continue to grow abroad too, as Google showed on July 14 with plans to invest an eye-catching $10 billion into India by 2027.

Nor does it mean that China's tech giants must stop expanding internationally; there are plenty of markets with more welcoming governments, including in Latin America and Southeast Asia, which has been a first port for companies like Alibaba and Tencent Holdings as they move abroad.

But it does leave China's tech giants facing a choice. Either they scale back their global ambitions in many advanced economies. Or if they wish to operate in places that are suspicious of China, like the U.S., they must develop a radically localized business structure to convince their critics that services like TikTok are indeed distanced from Beijing.

Such an approach would mirror the way some U.S. companies develop "in China, for China" subsidiaries to allow them to sell to Chinese consumers. And it is roughly this approach that ByteDance is trying to follow, in suggesting that TikTok is able to act independently in individual countries.

Even so, the odds that this will win over sceptical policymakers in the U.S. are slim, just as it did not do so in India. It also suggests that China's continued geopolitical assertiveness is now undermining the global reach of its tech sector -- torpedoing in the process its own government's aim of turning national internet champions into true global tech standard-bearers.