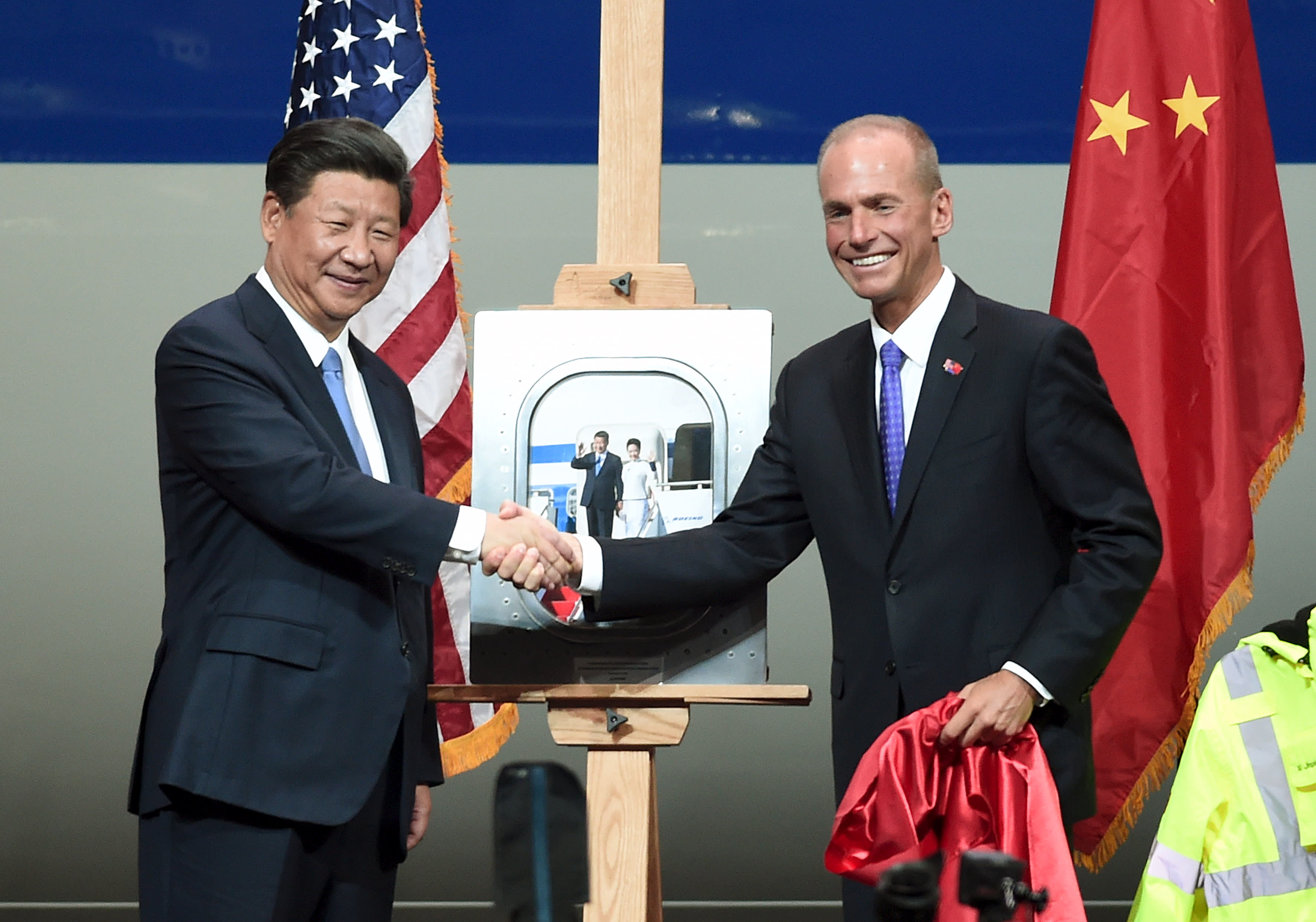 Beijing's recent Communist Party Congress was a fascinating study in mixed signals. At the same moment as President Xi Jinping outlined a vision of total party control over all walks of life, he pledged to give markets a decisive role.

Xi seemed to deliver on the latter with a major step toward the long-awaited opening of the financial sector. Soon, he proclaimed, limits on foreign ownership of securities firms and lenders will be scrapped. That fueled optimism that China's policy would soon abandon its policy of forced joint ventures, aimed at retaining control and gaining access to superior skills, technologies and research.Not just foreign financial companies, but engineering groups and carmakers would benefit.

But recent mergers-and-acquisitions tactics suggest that things are not quite what they seem.

At first glance, the antitrust drama that had been holding up a merger between Taiwanese rivals Advanced Semiconductor Engineering, or ASE, and Siliconware Precision Industries smacked of cross-strait friction. In November 2016, Taiwanese authorities greenlighted a deal between its two biggest chip testers and assemblers, one already approved in the U.S. and South Korea. China, where the two companies have a big presence, held out for reasons that were never made entirely clear.

That was until Nov. 24 of this year, when China's Ministry of Commerce finally approved the union. Strangely, the long-awaited okay come just after Siliconware Precision disclosed that it had sold a 30% stake in its factory in Suzhou, a southern Chinese city, to Beijing-backed chip giant Tsinghua Unigroup. The price was just 4.67 billion New Taiwan dollars ($156 million).

Let us call this what it is: extortion more in keeping with old-fashioned top-down Communist practice than the open economy Xi claims to be crafting.

As analyst Mark Li of Sanford C. Bernstein told the Nikkei Asian Review, and ominously so: "If there had been no stake sale, there would not have been approval from the Chinese regulator. We might see more of such arrangements of investment deals."

Market forces have nothing to do with shaking down Siliconware Precision for a big piece of a factory with advanced semiconductor capabilities or NXP's amplifier-chip technologies. ASE is big in world markets, doing business with a who's who of global tech names from Apple to Qualcomm, the San Diego-based chipmaker. An interesting list for government officials anywhere.

This aggressive regulatory approach has echoes of the way that Beijing treated Qualcomm itself in 2015, a pivotal year in Xi's reign. That is when Shanghai's stock market crashed, forcing Xi to go communist to restore calm. Beijing pumped public money into shares, halted trading, upped leverage ratios, and appealed to households to buy the market out of patriotism, you name it.

That was also the year of Qualcomm's then-record $975 million fine.Beijing claimed the company was hurting mainland consumers and engaging in monopolistic behavior. In reality, Qualcomm was at the center of a regulatory assault against foreign tech groups. The penalty came just months after Microsoft saw its Beijing and Shanghai offices raided.

That crackdown came as Xi's administration sought to jumpstart China's fledgling semiconductor sector. It irked the strongest leader arguably since Mao Zedong that while China produced the lion's share of the world's devices, it relied on foreign-designed chips. The ferocity of investigations had some tech titans mulling alternatives to China. Others, like Qualcomm rival Intel, moved to immunize themselves from getting hit. Around the time investigators were riffling through Microsoft's offices, Intel was investing $1.5 billion in Tsinghua Unigroup.

And all this was happening while Beijing put other foreign companies under pressure, launching investigations on various grounds against other household names including Chrysler, Daimler, GlaxoSmithKline, Johnson & Johnson, Samsung and Volkswagen. Some of these probes were not necessarily unjustified. For example, GSK paid a $20m civil penalty in the U.S. to settle a Securities and Exchange Commission case, after a Chinese court found the company guilty of bribery for allegedly offering doctors inducements. GSK paid the U.S. penalty without admitting or denying any wrongdoing. But it did say it had changed its commercial practices.

However, the overall effect of these investigations was to frighten foreign groups.

The same could happen now. The real cost of today's antitrust intrigue is trust in Xi's China. Xi's team, after all, appears to have learned the wrong lessons from 2015.

One is thinking that opening the economy is a reform in and of itself. It is vital that Beijing also modernizes the underlying financial and legal systems. It must also move away from the idea that foreign companies are by their nature up to no good, or at the very least determined to use their dominant positions to strong-arm customers to pay more than they should. While there doubtless foreign companies that take unfair advantage in China, are foreign companies as a whole really less respectful of the law than their Chinese counterparts?

If China really were embracing market forces, it would phase out joint-venture matrix compelling foreigners to partner with local interests controlling 51%. It would encourage greater homegrown innovation and inventiveness rather than borrowing know-how from abroad. It would champion scrappy startups over state-owned enterprise dinosaurs, who are given privileged access to foreign partners. It would allow Chinese and foreign entrepreneurs to compete on more equal terms.

Aside from anything else, Xi should avoid giving Donald Trump new reasons to accuse China of "unfair" practices. Perhaps one of the few things on which the U.S. president and European officials agree is that Beijing's model of building technological muscle on the backs of western companies via acquisitions is a serious concern.

No multinational company can ignore China's scale and market potential. But Beijing's meddling ways risk making China a less appealing -- and reliable -- investment destination. That would starve China of the foreign energy, technology, talent and investment needed to make the quantum leap Xi's 19th Party Congress telegraphed. Xi would do well to take his own advice and trust those market forces a bit.