China's bullying of Australia is bound to backfire 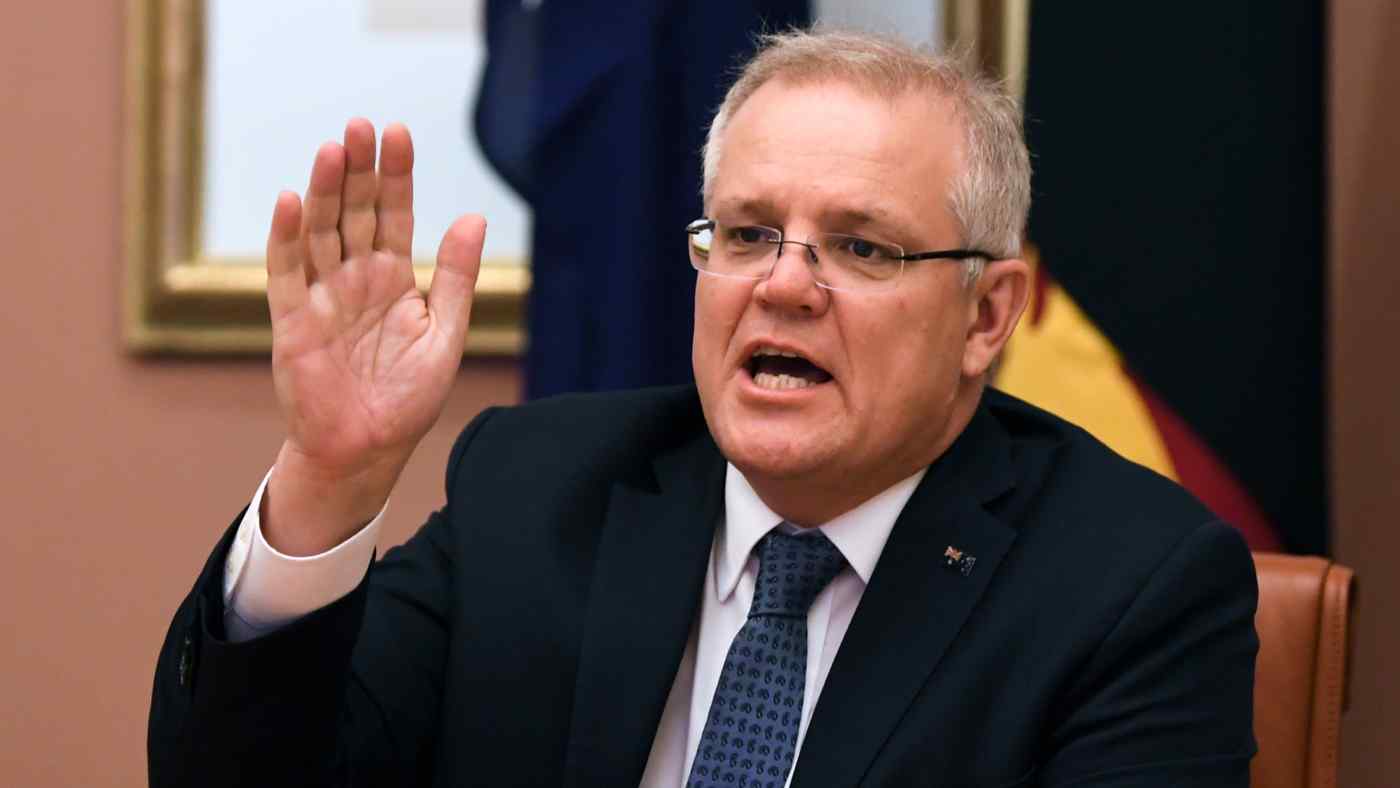 Donald Trump's brawl with China hogs the headlines, but Canberra's may be far more tantalizing -- and potentially more impactful.

Few leaders have gotten under Xi Jinping's skin like Australia's Scott Morrison. One reason: a warm relationship with Trump, the Chinese president's nemesis. Since grabbing the premiership in August 2018, Morrison has courted the mercurial U.S. president. A risky gambit considering China is by far Australia's biggest export market.

Morrison also irked Xi by calling for an international probe into the origins of COVID-19. That eminently reasonable response to Beijing's opaque handling of a pandemic has Xi's government lashing out in ever-intensifying ways.

Australian industries from iron ore to barley to wine to lobsters to sugar to cotton are all bracing for Chinese tariffs, dumping investigations, port delays -- or all of the above. Tourism spots and hospitality-related industries already reeling amid coronavirus fallout are preparing for a long Chinese-traveler drought. Beijing is encouraging mainland students to enroll elsewhere rather than fill classrooms Down Under. 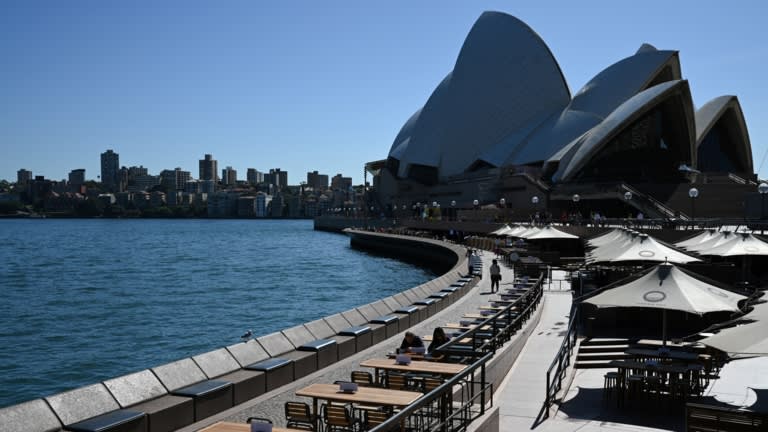 Tables are seen mostly deserted at the waterfront of the Sydney Opera House on Mar. 18: tourism spots already reeling amid coronavirus fallout are preparing for a long Chinese-traveler drought.   © Reuters

All this is coming at a dreadful time for Australia's economy, as Canberra confronts its first recession in nearly 30 years. The urgency can be seen in this week's actions by the Reserve Bank of Australia. Along with cutting the benchmark interest rate to a record low 0.10%, the RBA unleashed a quantitative easing program. It will buy 100 billion Australian dollars ($74 billion) of government debt in the five to 10-year maturity range.

In other words, Australia's battle for economic growth is slamming into Morrison's stand against China's bullying, or "discriminatory actions," as Trade Minister Simon Birmingham terms it. A hint at the level of animosity: Birmingham admits to difficulty even getting a callback from his Beijing counterpart.

Australia's former finance minister, Joe Hockey, is even blunter, labeling Xi's actions "economic coercion." As Hockey told Bloomberg in a Nov. 3 interview: "That's not the China that I knew when I was treasurer" for two years until September 2015. This "immature action," Hockey says, is "not the behavior of a great power."

It is hard to disagree. Pundits have long mused about a pre-Trump Xi leadership style and a post-Trump-entering-the-White-House vibe. And to be fair, there has been plenty of bullying, bluster and chaos emanating from the Trump administration.

Some of Xi's assertiveness predated Trump, as neighbors pushing back against Chinese expansionism in the South China Sea can attest. But China's bullying reminds us there are really two stories here. One is how Australia, the most China-dependent developed economy, finesses this standoff. The other is China proving itself unready for prime time.

Just ask South Korea. In 2017, Beijing clamped down hard on Seoul for hosting a U.S. antimissile system. China got as petty as possible, canceling tour groups, depriving K-pop stars of visas and ginning up boycotts of Hyundai car lots and Lotte department stores. Beijing even went after boyband BTS for a perceived slight against Chinese history.

In October 2019 it was the National Basketball Association's turn to face Beijing's ire. A perfunctory tweet supporting Hong Kong's protesters by some team manager in Texas generated an international incident. And now Australia finds itself in Xi's detention room for reasons that reflect poorly on China's readiness to lead.

Trump is decimating Washington's global standing. All Xi had to do was sit back and watch his archrival shoot America in both feet. Instead, he chose to clamp down on Hong Kong, threatening the city's status as a first-world financial center. He trolled Taiwan in gratuitous ways. Beijing's bizarre move this week to scuttle Ant Group's initial public offering is an own-goal posterity will not soon forget.

So will Beijing's handling of its tiff with Canberra. The Xi-versus-Trump brawl was always a given. Railing against Asia -- Japan was his target in the 1980s -- has long been Trump's go-to grievance. Australia presents something different: a smaller, but geopolitically vital developed economy within a reasonable distance of Beijing's sphere of influence.

The world is watching Xi versus Morrison intently. China pledged to become a stable stakeholder world power, not just a shareholder. Here is Xi's chance to prove it.

Morrison has an unappetizing choice. He can either make nice with Xi to preserve trade links, as South Korean President Moon Jae-in's has tried to do. China alone bought more than $11 billion of Australia's agricultural goods between 2018 and 2019. The stakes are even higher for resource sectors like mining.

Or Morrison can do what predecessors including Malcolm Turnbull also pledged to do: diversify growth engines away from the China-only model of recent decades. Topping the to-do list: tax changes to catalyze a more vibrant startup scene; incentivizing innovation; raising productivity; improving infrastructure.

The good news is that the RBA expects growth to rebound to around 6% by June 2021. The bad news is that this assumes two highly uncertain outcomes: that COVID-19 tapers off globally and Morrison-versus-Xi will work itself out.

The first is a bit beyond Canberra's control. The second is a vital weathervane for how Beijing plans to operate. Whether China is fit to lead in Asia or prone to petty squabbles may just run through Canberra.