China's domination of global finance about to take a quantum leap There are good political as well sensible economic reasons for China to proceed slowly.   © Sipa/AP
CopyCopied

Is China quietly preparing to transform the market for global investment funds, just as it has remade global trade and manufacturing?

As reported in the Financial Times, "What happens if Chinese household wealth is unleashed on the world?" published on July 5, a Chinese official in the government agency that administers foreign exchange had said in February that officials were considering whether the $50,000 allowance each individual is entitled to could be used to invest in securities and insurance products overseas.

At present, it can only be used for expenses such as foreign travel or education costs. Meanwhile, the Chinese government has approved increasing outflows of foreign investment through an official quota. And, also as reported, China is due to launch an investment program in tandem with Hong Kong, to be called Wealth Connect, which will allow individual investors in southern China to invest overseas.

China's savings rate is very high, at about 40% of gross domestic product. This compares to an average of less than 35% in other emerging economies and below 25% in most advanced economies. The amounts involved are huge. According to estimates by HSBC, again as reported in the Financial Times, Chinese aggregate household savings will total a staggering $46 trillion of potentially investable assets by 2025. This is equal to the value of the entire U.S. bond market.

By comparison, India, for example, has domestic household savings on the order of $500 billion. If India suddenly allowed its households to invest abroad, the amount would be a trickle in global financial markets. If China fully opened up foreign investments to its households, the result would be more like a tidal wave.

China is already a huge player in U.S. and global financial markets through official purchases of foreign securities as the country continues to run large trade surpluses with many trading partners, most notably Washington. 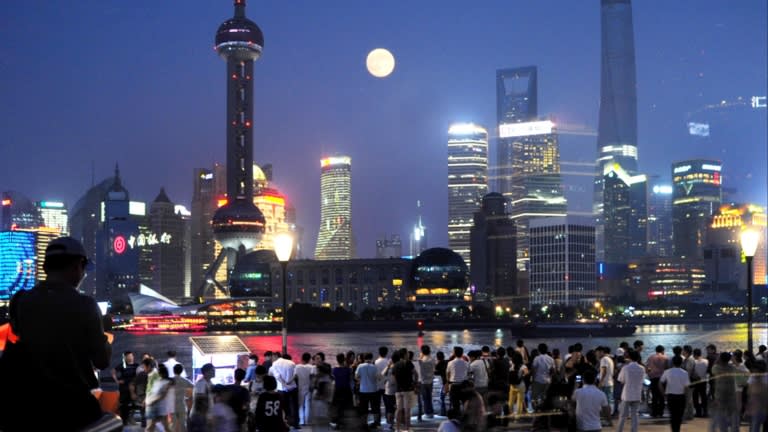 At present, China owns about $1 trillion in U.S. Treasury securities. It is no exaggeration to say that spending by notoriously profligate households and a U.S. government that continues to run massive budget and trade deficits are being financed by Chinese savers. The sums involved are so large that they have fundamentally changed the nature of global financial markets.

In a sense, China's increasing domination of global finance, which could take a quantum leap if household savings are fully unleashed, is the flip side of its increasing domination of global merchandise trade. Ever since China joined the World Trade Organization in 2001, Chinese exports of manufactured goods have become increasingly important, weathering the global financial crisis and even the COVID pandemic. China remains the world's workshop, and this is likely to continue for years to come.

Just as China pursued a gradualist track to opening up international trade, it is likely to be equally cautious in opening up foreign markets to its domestic savers. A precipitous opening-up could wreak havoc not only with Chinese markets but in global markets as well, given the magnitudes involved.

A key reason why Chinese officials are slowly opening up investment possibilities is to tamp down an overinflated domestic market that in many sectors, such as property, is entering bubble territory. Too rapid an opening could cause a crash in the domestic market and a sharp drop in the value of the yuan, which has been appreciating recently as foreign money pours into China.

But there is also surely a political motive for Beijing's caution. Just as Chinese goods slowly came to dominate the global market, and did so without major disruption, a slow, rather than rapid, acceleration of an outflow of Chinese savings would be much more easily absorbed both by foreign financial markets and the governments that regulate them.

The Chinese are fully aware of the sharp backlash against Japan in the 1980s, often tipping into xenophobia, when Japanese companies bought up American icons such as Rockefeller Center and Columbia Pictures. Anti-Chinese sentiment is already high around the world, given COVID's Chinese origins, and as evidenced by an increase in anti-Asian violence in some Western countries. Thus, there are good political as well sensible economic reasons for China to proceed slowly.

As a matter of economics, much like freeing up international trade, the freeing up of international finance confers potentially large economic benefits. Just as Western consumers now benefit from low prices for everything from household appliances to automobiles thanks to international trade, with many of the manufacturing supply chains centered around China, Western businesses would benefit from access to billions and possibly trillions of new dollars of investment funds entering global markets from China.

By matching lenders and borrowers, much like matching sellers and buyers across countries, economic efficiency increases everywhere, global GDP rises and consumers, as well as businesses, benefit the world over.

But in the world of realpolitik, mutual economic gain sometimes runs up against issues of national sovereignty and security. Thus, in December 2020, Germany blocked the acquisition of a satellite and radar technology company by a Chinese state-owned company on national security grounds. Around the same time, Canada too invoked national security to block a takeover of a gold mining company by another Chinese state-owned company.

Perhaps for this reason, the Chinese are starting small, and it is unlikely a trickle of household savings into foreign financial markets will ring alarm bells. But in the long run, if the story of Chinese finance follows the pattern set by manufacturing and trade, the world economy will look very different a generation from now.