Beijing has wasted no time in reintroducing restrictions on borrowing 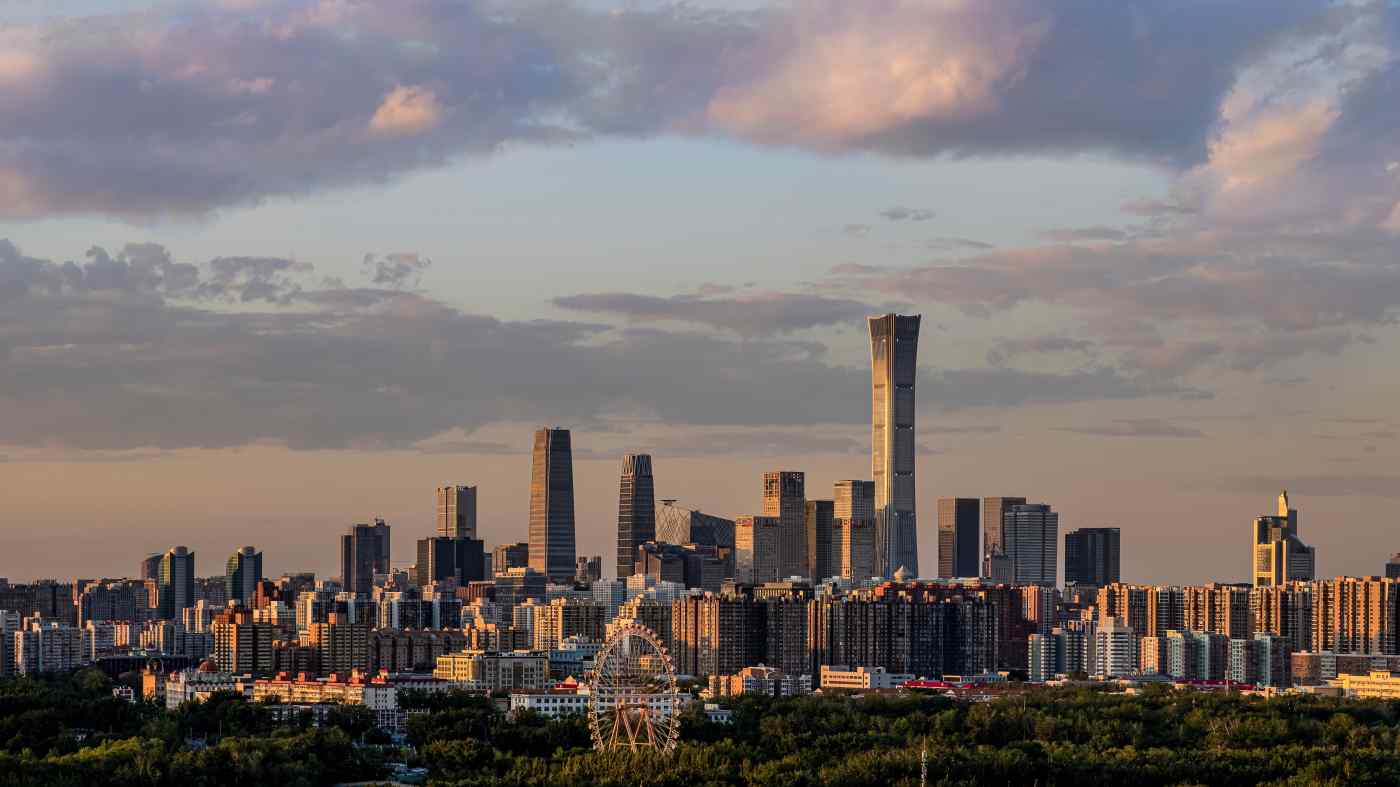 The skyline of the central business district in Beijing: China emerged from the COVID pandemic relatively unscathed.   © VCG/Getty Images
CopyCopied

Dr. Henny Sender is a managing director at BlackRock in Hong Kong, and a senior advisor to the BlackRock Investment Institute.

By mid-January last year, just as many Chinese were completing travel plans in preparation for the Lunar New Year's holidays, rumors about a mysterious new disease in the central Chinese city of Wuhan began circulating online.

Yet when news broke on Jan. 25 that the entire city of 11 million people would be in lockdown, there was a widespread shock. Suddenly, celebrations which usually involve half the country crowding trains and buses as they head home for family reunions, feasts and fireworks, were suspended.

It was not just in Wuhan that activity came to a halt. All over the mainland, people were reluctant to venture outside; they exchanged red packets of money and shopped virtually instead. Online sales of everything from mahjong tiles to treadmills soared. By the end of the first quarter of 2020, the economy shrunk 6.8% from the level in the first quarter of 2019 in real terms.

Yet, a year later, in mid-February, as the year of the rat finally drew to a welcome end, China emerged from the COVID pandemic relatively unscathed. This past December, for example, fast-food restaurant McDonald's had a better month than it did in the last month of 2019, just before the virus struck.

The economy, in other words, is healing. It is the only major economy in the world to have positive growth for 2020, at 2.3%. Indeed, with gross domestic product up 6.5% in the final quarter, the mainland has returned to its pre-COVID trajectory. Only Taiwan and Vietnam can make a similar boast. 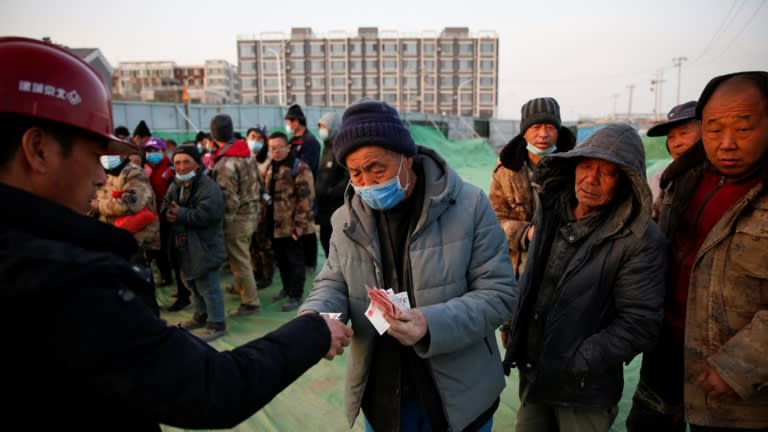 A head worker pays laborers their salary in cash at a construction site in Beijing on Feb. 5: the economy is healing.   © Reuters

A second wave, making a reappearance in northern areas of China in January, was curbed by the measures which proved effective last year, including mass testing and curbs on travel.

That means Beijing can now shift its attention from the immediate challenge of COVID. In the past, the focus has generally been on maximizing growth. But today, the policy is more about improving the quality of growth. Going forward, that means growth will be less credit-driven and the potential financial risks coming from over-borrowing by both corporates and households reduced.

The emphasis on deleveraging contrasts greatly with the official policy in the rest of the developed world. Today, most developed countries rely on a mix of fiscal and monetary policies marked by financial asset purchases and zero interest rates, thereby encouraging both risk-taking in financial markets and asset bubbles.

This focus on the quality of growth has been building up for some years. For example, in the years between 2012 and 2016, the growth in debt as a proportion of GDP increased by over 8 percentage points. But in 2017, Beijing sharply reduced that number to just over 1 percentage point, particularly by clamping down on the hunger for borrowing from local governments, according to data from Helen Qiao, who heads Asian economic research for Bank of America. That control, however, was relaxed to deal with the pandemic last year, leading to a surge in debt to GDP of over 300% of GDP.

But today, Beijing has wasted no time in reintroducing restrictions on borrowing. The tightening is especially targeted at real estate developers, with their voracious appetite for debt, to reduce leverage and slow the rise in housing prices, especially in first-tier cities, in line with President Xi Jinping's edict that houses are for living in, not speculation.

The government is also bent on dealing with the legacy of its past emphasis on a growth model that stressed manufacturing for export, a model that has left its skies yellow and its rivers polluted.

The commitment to cleaning up the environment does not have to mean slower growth, though. For example, other countries that have made similar commitments to carbon neutrality in the coming decades will have to turn to China for vital inputs such as solar panels as they shift away from coal to solar power. Moreover, in the future, China's commitment to technology, including everything from renewables to robotics, and e-commerce to electric vehicles, will increase its competitiveness, especially because there are fewer legacy infrastructures.

To be sure, the celebration of the year of the ox will be far more sober than in 2019, before anyone had ever heard of COVID. Holiday travel domestically is expected to be down 70% from last year's depressed level, according to data from TS Lombard. The urban middle classes are likely to see slower wage growth than migrant workers on assembly lines in the city, reducing what had been a widening income gap.

Snow is a nice problem to have these days. And Lunar New Year, after all, is all about looking forward to spring despite the temporary disruptions of winter.