China's friends are few and unreliable

Beijing maintains zero alliances, and its partnerships are mostly with pariah states 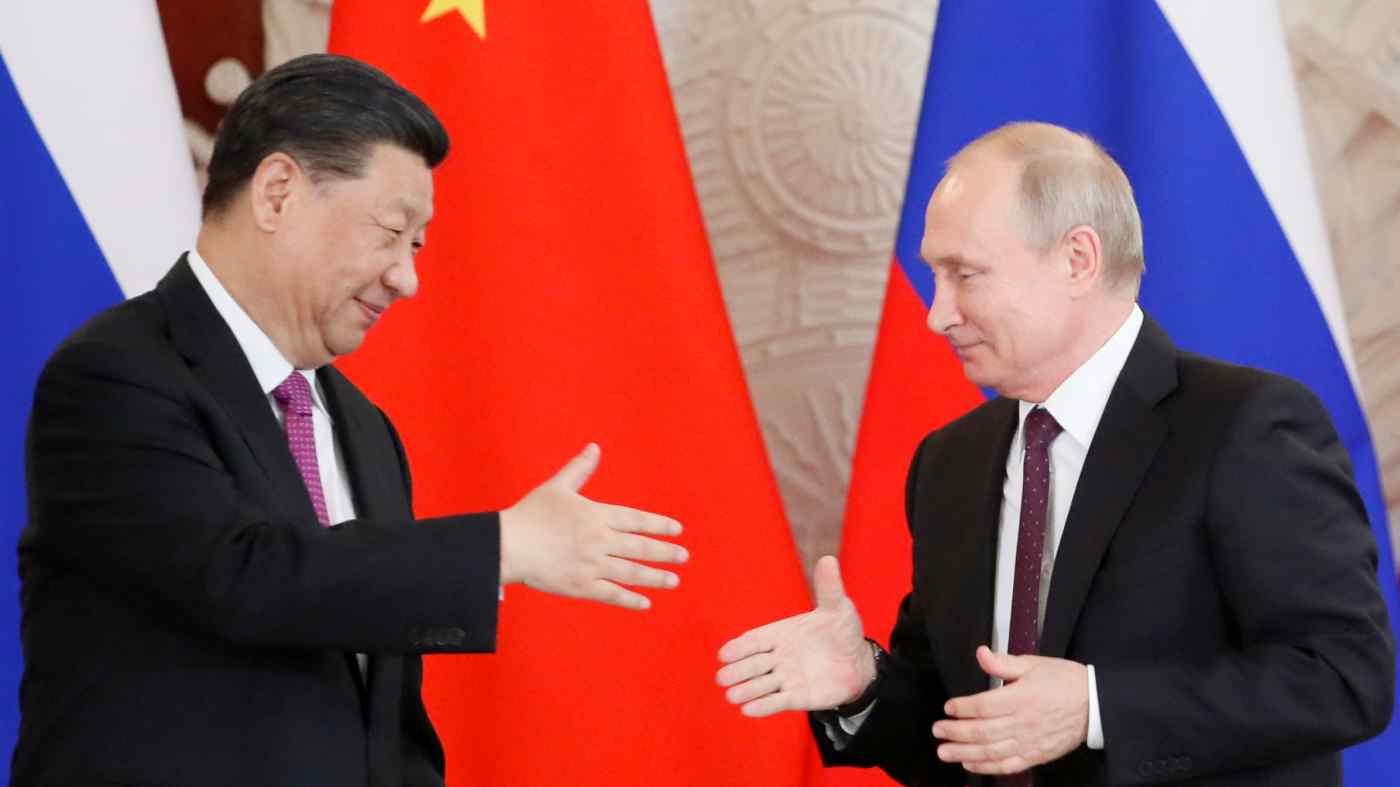 Xi attempts to shake hands with Putin during a meeting in Moscow in June 2019: they remain deeply suspicious of each other.   © Reuters
CopyCopied

Derek Grossman is a senior defense analyst at the nonprofit, nonpartisan Rand Corporation. He formerly served as an adviser at the Pentagon.

Amid escalating competition, China and the United States are actively shoring up their diplomatic relationships in the Indo-Pacific and beyond. Such partnerships confer significant advantages, from military base access to favorable political outcomes, as well as potential trade opportunities.

Despite the Trump Administration's threats of trade-war and questioning of U.S. alliances, the U.S. has fared quite well diplomatically. The U.S. has deepened ties with its Indo-Pacific treaty allies -- Australia, Japan, the Philippines, South Korea, and Thailand -- even if Manila and Bangkok have flirted with Beijing.

Washington has made headway with India, upgraded its unofficial partnership with Taiwan, stepped up engagement of Pacific Island countries, and is competitive throughout most of Southeast Asia. America's Indo-Pacific vision of keeping the region free and open has also resonated with friendly Western European countries, like France, Germany, and the U.K. The U.S. has further multilateralized coordination with partners as well. Just this past week, in Tokyo, Secretary of State Mike Pompeo met his counterparts from Australia, India, and Japan for the latest Quad discussions, and though left unstated, it is clear that pushing back against China topped their agenda.

China, by contrast, has undermined trust with its neighbors in recent years. Its belligerent tone, muscular foreign policy, and near-constant saber-rattling have won it no new friends. China maintains zero alliances, and its partnerships are mostly with pariah states that are unreliable, unimportant, or both.

Take Russia for example, China's most powerful friend. Since Chinese President Xi Jinping came to power in 2012, he and Russian President Vladimir Putin have met dozens of times. Xi even referred to Putin at one point as "my best, most intimate friend." The two countries share many interests, most notably the promotion of authoritarianism over the West's democratic rules-based order. Russia is also reflexively opposed to U.S. interests, which fits China's needs nicely.

But even as China and Russia have steadily enhanced their security cooperation through military exchanges, secret agreements, joint exercises, as well as technical and defense industrial coordination, they remain deeply suspicious of each other.

Moscow is uncomfortable with Beijing's growing influence in the former Soviet republics in Central Asia and with Chinese sovereignty claims in the South China Sea. It would prefer China stay out of the Arctic. Further, Russia gives military arms and support to Vietnam and India -- both wary of China.

Shortly after China fought with India in June along their disputed border in the Himalayas, Moscow postponed -- or canceled -- an S-400 surface-to-air missile deal with Beijing. In other words, Moscow at times appears to be working against Beijing's interests. And with no security alliance in place, Beijing should not expect Moscow's assistance if ever attacked.

North Korea is the only country that has something akin to a security alliance with China. In 1961, the two nations signed the Treaty of Friendship, Cooperation, and Mutual Assistance that obligates China to intervene on North Korea's behalf if attacked. And yet, Xi only met Kim Jong Un for the first time in March 2018 -- an encounter clearly prompted by Kim's planned summit with President Donald Trump a few months later. The two leaders hardly see eye-to-eye. Xi likely finds Kim too reckless with nuclear and ballistic missile tests and ungrateful of Chinese support.

Kim probably engages the U.S. in part hoping to one day lessen his country's economic dependence on China. Unable to control Kim, China gets minimal geostrategic value for the liability that is North Korea. The 1961 treaty is up for renegotiation next year, and the outcome should shed light on the current health of their relationship.

China often promotes its "all-weather" partnership with Pakistan, which Beijing has supported since the Cold War to keep India distracted. In recent years, Islamabad has helped Beijing prevent perceived terrorists in Pakistan and Afghanistan from crossing into China. In return, Pakistan has sought Chinese recognition of its claims in Kashmir.

But Pakistan offers no tangible benefits in China's great power competition against the U.S. The China-Pakistan Economic Corridor -- the multibillion-dollar flagship infrastructure project of Beijing's Belt and Road Initiative -- is likely unaffordable for Islamabad. And while Pakistan's location along the Indian Ocean would normally be a huge asset, its main port of Gwadar has never materialized into a naval base. Heavy-duty cranes towering above the quay of the port of Gwadar, pictured in October 2017: the China-Pakistan Economic Corridor is likely unaffordable for Islamabad.   © dpa/AP

China's best friend in Southeast Asia is Cambodia. Prime Minister Hun Sen was the first foreign leader to visit China after the pandemic began, and Cambodia has staunchly stood by China's sovereignty claims in the South China Sea. Cambodia benefits from Xi's Belt and Road Initiative, and Beijing is reportedly constructing military bases at Ream and Dara Sakor.

If Beijing gets access to them, then that would significantly extend the ranges and multidirectional threat of Chinese military operations, probably making Cambodia China's most useful geostrategic partner. Commercial imagery shows that Cambodia recently razed a U.S. naval facility at Ream, suggesting Beijing is set to benefit. But for now, at least, Hun Sen refuses to even acknowledge that China is building bases because it violates the Cambodian constitution. Phnom Penh might not be too keen on granting access to something that should not exist in the first place. Thus, the story is unfinished and should be watched closely.

Either way, compared to the U.S., China's friends are certainly not as numerous, nor are they as reliable. That is a major challenge for Beijing as great power competition continues to ramp up.