China's growth does not guarantee yuan’s outsize influence in markets 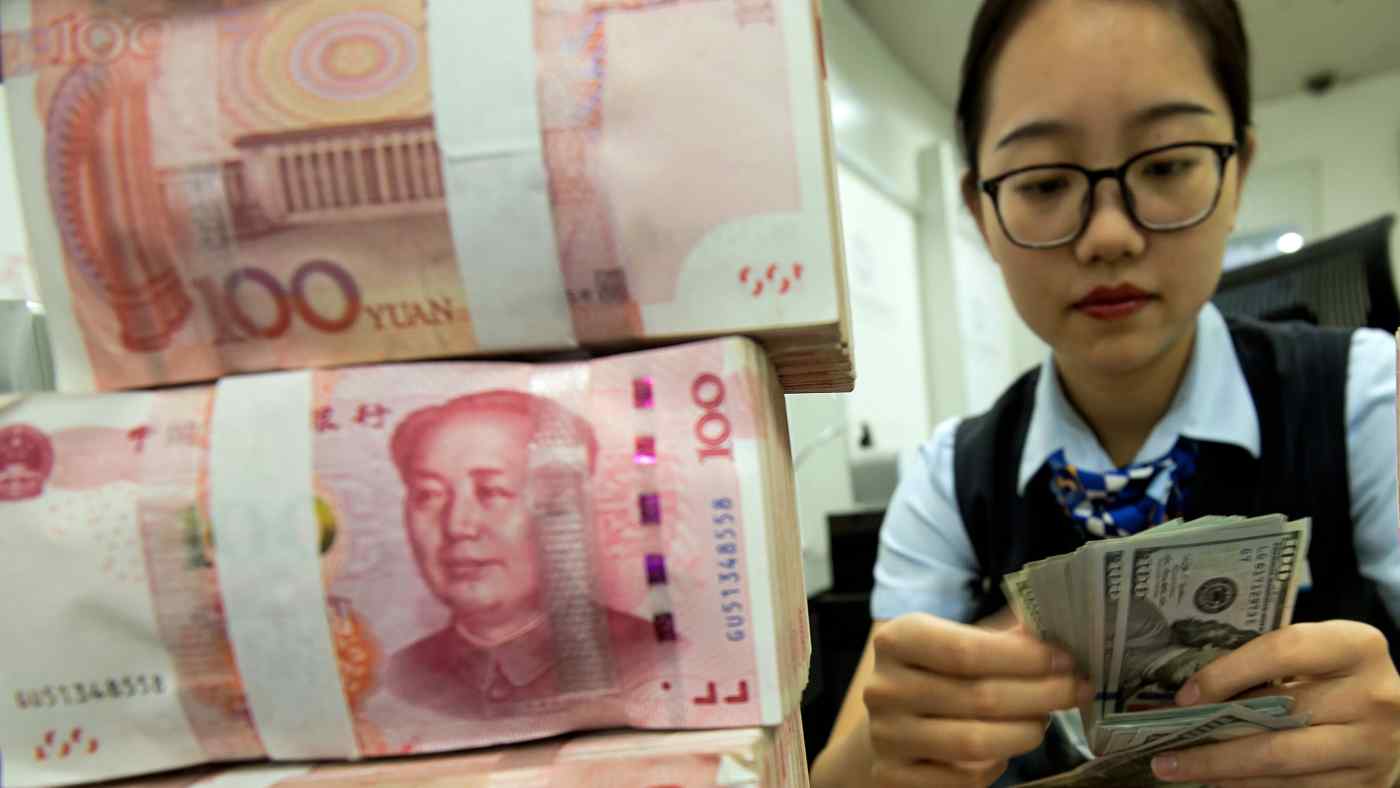 The influence of China on the global economy is becoming larger and larger, but its presence in global financial market is still very limited.

A recent survey from the Bank for International Settlements found that, in terms of foreign exchange market turnover, the yuan is the eighth most traded currency, with a share of 4.3%, ranking just after the Swiss franc. The dollar is still the dominant currency, being on one side of 88% of all trades.

According to the Bank of England, about a third of countries peg their currencies to the dollar; half of global trade is denominated in the dollar; and about two-thirds of external debt of emerging market economies are denominated in dollars.

Yet China's economy is the world's second largest, at $13.6 trillion in 2018, and it continues to grow. The question confronting Beijing is whether it can enjoy the currency status comparable to its economic power in future.

The apparent gap between currency share and GDP share is not a new phenomenon. In fact, it took many decades for the dollar to replace the pound sterling as a key international currency.

In the 1980s, when the rise of the Japanese economy was regarded as a threat to the U.S., the internationalization of yen was frequently discussed, but the Japanese government was never enthusiastic about this idea, probably because it feared attendant costs.

After the euro was launched in 1999, it initially seemed to have gained importance as an international currency, but its rise was quickly reversed after the European debt crisis.

The benefit of your domestic currency becoming a key international currency -- the "exorbitant privilege," in the phrase of a French finance minister, which results -- is clear.

First, there is massive seigniorage revenue from the difference between the low cost of issuing money and the higher yield of assets financed by money. Secondly, your monetary policy has additional room for maneuver even when interest rates are at or near zero because you can affect financial conditions elsewhere.

Thirdly, the banks headquartered in your country are better positioned to do global banking business. Non-U.S. banks are handicapped, being exposed to dollar liquidity risk, while U.S. banks can reasonably expect to rely on the Federal Reserve as a lender of last resort.

Finally, the U.S. government can leverage the dominant status of the dollar in international settlement by effectively imposing economic sanctions and exerting influence on unfriendly countries.

These potential benefits are huge. However, they are not a direct result of economic size. The essence of a currency's importance is in network externality, i.e. how many people use it -- more so for an international currency.

This debate is not new, but recently, triggered by technological changes, a new dimension has emerged: international digital currencies. One is a proposed global stablecoin -- a cryptocurrency linked to a pool of assets -- such as Libra from Facebook. The other is the possibility of a central bank digital currency, officially issued.

If the former becomes a reality, it might mean a gradual shift to a multipolar system, given that the global stablecoin is backed by short-term government bonds and bank deposits in major countries. If the latter happens, it might mean that the yuan -- albeit digitally -- is used by some countries, for example those dependent on China's trillion-dollar Belt and Road infrastructure initiative or Alipay or WeChat in their retail payments.

In thinking of these, we have to go back to the basics of three functions of money and consider whether they suit these new formats and thus make them potentially key international currencies. Those functions are money as a unit of account, a medium of exchange and a store of value.

All three are important and interrelated, but the most important is the role of medium of exchange. If a currency is convenient as a medium of exchange, it can be used as an invoicing currency in international trade. This encourages the growth of its financial market to facilitate hedging and funding of that currency, which in turn provides a good store of value. But in a crisis, who provides liquidity for a global stablecoin?

The same argument also applies to the question of whether a central bank digital currency issued by the People's Bank of China could become an international key currency -- who would cope with a liquidity crisis on a global scale?

I am neither saying the current system dominated by the dollar is best, nor that it will not change. My point is the current technology-driven argument misses the fundamental issue of liquidity provision, without which the future of international currency will not be properly assessed.

Fundamentally, the difficulty of liquidity lies with the fact that the world is not truly global because it is still fragmented. Technology itself cannot solve the complicated problems of liquidity provision that are currently managed by a combination of various imperfect mechanisms. I suspect Chinese authorities are realistic and sensible enough to recognize this crucial point.