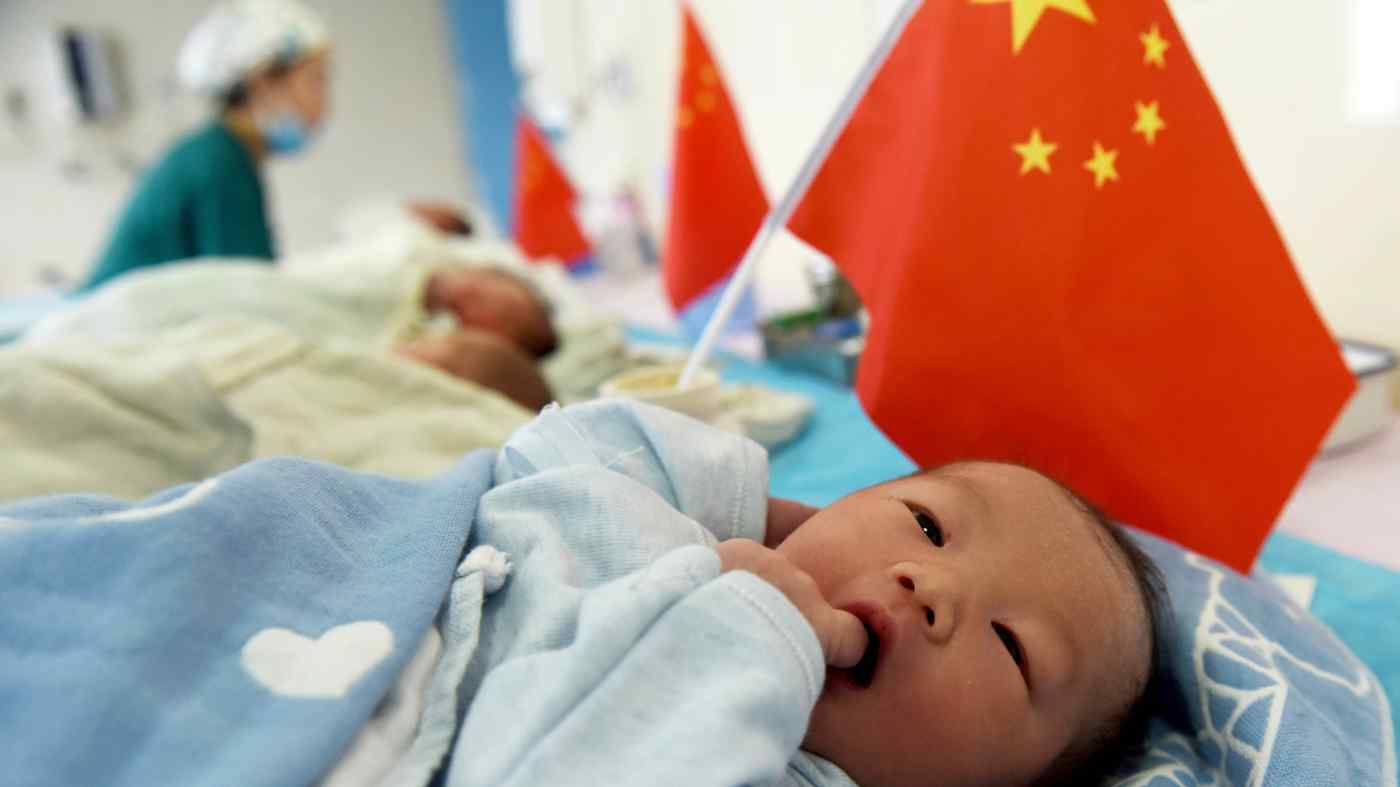 Babies at a hospital in Huainan: a three-child policy means that restrictions remain.   © Imaginechina/AP
CopyCopied

In March, delegates to China's National People's Congress passed its 14th five-year plan to cover the country's socioeconomic road map up to 2025.

This marked the first time in decades that the economic plan omitted reference to family planning. In its place, the Chinese Communist Party noted a plan to "improve birth policy" as well as make it more "inclusive."

While Monday's announcement that married couples will be allowed to have three children is a major policy shift, expect its impact to be marginal -- both in effect and symbolism -- against potential demographic changes to come.

The release of China's 2020 census details last month highlighted what has been known for decades -- that the 2020s will mark a period of accelerated aging and the mass retirement of workers. This comes after China's population growth rate peaked in the late 1960s at more than five births per woman, and the sharp decline that followed, coupled with China's low retirement age of between 50 and 60 for most people.

The latest policy shift also confirmed that ending the one-child policy in 2016 had not led to a baby boom -- just 12 million babies were born in China in 2019, down from 18 million in 2016.

More than government policy, the shift to fewer births reflects both what demographers call demographic momentum -- in China's case, declining total fertility since the early 1970s means there is a diminishing overall womb pipeline -- as well as the pressures and costs of modern life that are putting couples off having bigger families. People walk along near the Bund waterfront district in Shanghai on May 10: the pressures and costs of modern life are putting couples off having bigger families.   © Reuters

Because China's education system is so ruthlessly competitive, many parents believe that having to spread their resources across more than one child will simply mean that all their children will fall behind. What a three-child policy is implicitly aimed at is presumably China's economic extremes: the poorest families, whose children have limited prospects or receive subsidizes, but especially the richest families, who can afford several children and have the financial resources to ensure that each gets the education they need.

For example, China's family formation requirements for becoming eligible for state subsidies for education and health -- in other words, able to function in contemporary China -- include the provision that only married heterosexual couples can have those up-to-three children.

Single women cannot start a family on their own, and neither can same-sex couples. Given reports of the high number of Chinese women not wanting to marry, and China's vibrant same-sex communities -- especially in high-income urban frontiers -- such limitations will deny China additional children and families at the very time when Beijing is worried about how to overcome an intractably challenging population structure.

Monday's announcement may prompt a limited number of couples to have more children -- at least some families with two children will go on to have three. And, at some point in the future, maybe more again. In the meantime, it remains to be seen what other changes the latest five-year plan might deliver -- not only in terms of three-child families, but also in terms of the policy support mechanisms to support them and other families in general.

New announcements of an enhanced network of government-supported child care facilities are expected to be advanced over the next five years, alongside more subsidies for education and other allowances for parents in general. Whether such policies actually deliver more babies, or simply serve to provide new levels of sandwich support for working couples with four aging parents to take care of exclusively, plus at least one -- if not two -- children, only time will tell.

To that end, despite the ostensible focus of the new family planning on the number of children that couples can choose to have, China's population policy remains a mirror of its economic policy -- which is now focused on quality, for both families as a whole, and for each child as well. Instead of interpreting the policy as a desperate measure seeking to prop up population growth, the three-child policy is arguably about empowering the very few who want a large family to be able to have one.

Looking beyond the immediate implications of the new three-child policy, the economic support measures that China rolls out over the next five years for couples and singles who are otherwise less likely to have any children at all, as well as for couples who are likely to stop at one child, can be expected to be more radical again.

By the time Beijing unveils its 15th five-year plan, the changing structure of new families may even be as newsworthy as the number of China's precious children.

That China's population is now aging rapidly, that this year the Chinese Communist Party is celebrating its centenary and that, according to the Chinese zodiac, 2022 is a tiger year and 2024 is a dragon year -- two signs highly favored by parents -- indeed make the next five years highly advantageous for policymakers to experiment with family policy inclusively.