Jason Tu is co-founder and chief executive of MioTech, an AI-powered risk platform for financial institutions based in Hong Kong.

Ten years ago, when my generation began looking for opportunities inside China, the economy was transitioning from labor-intensive manufacturing to a technology hub. The key priorities for what was then China's twelfth five-year plan were "inclusive growth" and developing "next-generation IT."

Under those two banners, companies such as Tencent Holdings saw their share prices skyrocket more than twentyfold over the last decade, and Alibaba Group Holding snatched the largest U.S. initial public offering of all-time in 2014.

Thousands of top-notch young talents joined the ATM trio --- Alibaba, Tencent, Meituan -- or their fellow competitors such as Bytedance, Xiaomi and Pinduoduo. The mobile internet surge of the past decade has been a golden era for China, fueling the economy and creating millions of jobs for the young and talented.

Now COVID-19 has reversed the trend. Antitrust probes into China's Big Tech and a shift in public sentiment toward social responsibility have left today's younger generation wondering where the next waves of opportunities will come from, especially given the fact that mobile internet has already fully exploited China's large population premium.

Overshadowed by the pandemic, last year's job market was excessively harsh for young people. But, it did not stop them from pursuing their dreams -- a green future that builds on the current generation's strength in tech.

Grounded through the pandemic, China's youth have turned their eyes to their country's undiscovered nature. With airline promotions and Instagram-like social networks such as Xiaohongshu, also known as Red, they created the best year for domestic travel in western China in decades. 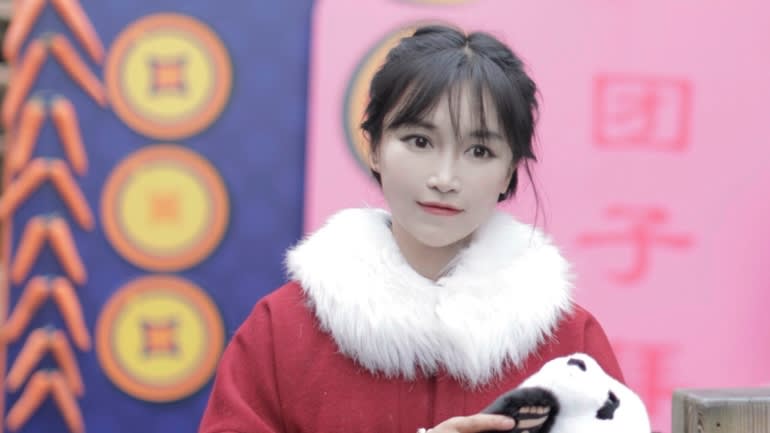 Li Ziqi, known for promoting a utopian rural lifestyle, attracted millions of fans both on the domestic video-sharing website operator Bilibili as well as on YouTube, becoming a sensation among people aged under 20. Just this past weekend in Beijing, while the city's elders celebrated the Lunar New Year with fireworks, rebellious youngsters vented their anger over the smog and pollution on WeChat and Weibo. In this festive season in China, the same people packed the country's gyms and took to its hiking trails as they stepped up the quest for a healthier, greener lifestyle.

China's social values are changing. Never have young people shown themselves to be so passionate about a sustainable future, and it is starting to shape national policymaking, as well as the professional world.

This past January, Chinese media reported that the provincial government in Gansu had gone on a deforestation spree by leasing more than a thousand hectares of forest to a vineyard -- in the worst desert-threatened area of China. After local authorities denied the report, their not-so-clever attempts at sophistry came under fierce attack from young netizens who pulled remote satellite sensing images of the internet -- as well as text-mining obsolete government website posts -- to support the media reports.

The young generation's passion is echoed by support from the top. In October 2020, Xi Jinping pledged to decrease carbon emissions to net-zero by 2060. Together with the President's remarks, China's fourteenth five-year plan for the first time brought green tech, and decarbonization onto the agenda, and carbon neutrality has quickly become a buzzword word across different industries.

From the state-owned enterprises to the private sector tech giants, Chinese corporates have responded by setting their own energy efficiency and carbon reduction goals. Those actions are being welcomed by global asset managers.

Since China opened up its financial sector last year to allow wholly foreign-owned subsidiaries, there has been a surge of foreign financial institutions wanting to tap into China's domestic financial market. Green finance, climate risks, and environmental, social and governance reporting have become common languages among financial institutions, markets and different financial systems in spite of a politically divided world.

Among the most vocal ones, BlackRock just announced that it would flag companies not acting on climate change, swiftly became one of the most trending posts on WeChat Moments.

After the mobile internet, China is pushing a new wave of industrial revolution, and is using technology to make its economy more sustainable. Just as China achieved its inclusive growth goal over the last 10 years using mobile internet, technology will again be key to this sustainability upgrade.

Tech giant Alibaba launched Ant Forest, an app that rewards users for taking low carbon actions, as early as 2016 and has attracted over 500 million users and led to the planting of 100 million trees. Tencent announced its carbon neutrality plan this past January, focusing on the energy efficiencies of its data centers. Artificial intelligence companies like mine are using natural language processing, knowledge graph and satellite imagery to track and monitor companies' sustainability efforts as well as any violations.

Despite the harsh job market, today's young people have both the passion and the technical talent needed to achieve these goals, and they are rushing into a flourishing sustainability-tech industry. Renewable energy, long-life batteries, electric vehicles, even traditional industries such as software, finance and agriculture are embracing the country's net-zero carbon emissions goals, and aggressively hiring talent in the process.

The sustainability push entails massive opportunities for China's young workforce over the next five years. While China may be a relatively late starter, its youth are ready to make a big leap.