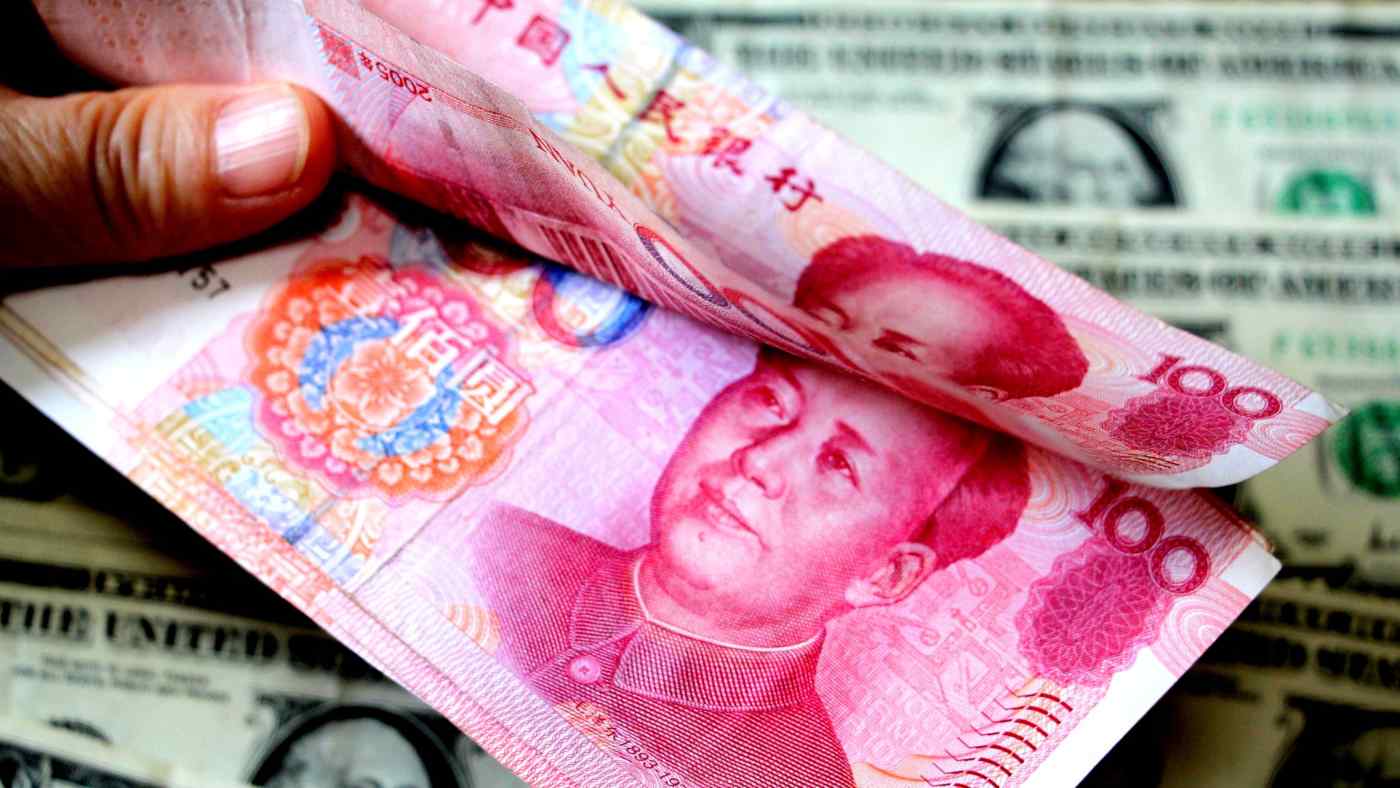 The yuan still has a long way to go.   © Imaginechina/AP
CopyCopied

The yuan is higher than it has been in more than two years, and foreigners are suddenly showing interest again in holding the Chinese currency.

Earlier in the decade, Beijing brought the yuan into the spotlight through an aggressive effort to take the currency overseas through swap agreements with foreign central banks and offshore bond issuances denominated in the currency.

This time, foreigners are coming to China to get yuan. Chinese assets stand out at a time interest rates in much of the world are at zero or below and many currencies are sagging. Beijing has meanwhile been making access easier for foreign buyers.

Yet for all Beijing's ambitions of cracking the hegemony of the U.S. dollar in the face of Trump administration sanctions, the yuan still has a long way to go. While this week's meeting of the Communist Party Central Committee looks likely to take up the cause of yuan internationalization, the currency will not be taking the greenback's place on the world scene any time soon.

Available data suggests that after plunging abruptly in 2015, international use of the yuan started to recover just last year. This year, foreigners have been snapping up yuan to put into domestic Chinese bonds and stocks, with holdings of such bonds alone rising by more than a quarter to 2.8 trillion yuan ($419.3 billion).

It goes without saying that the general weakness of the dollar since the COVID-19 pandemic began pounding the U.S. economy in March has been a blessing for the Chinese authorities' attempts to attract inflows, boosted by the juicy interest rate differential between the two nations' benchmark government bonds.

Looking deeper into current international use of the yuan, trade settlements in the Chinese currency have slightly picked up since last year, especially in services transactions.

Central bank reserves held in yuan have not been rising much though. Yuan loans and deposits held by overseas institutions also remain minimal.

Significantly, notwithstanding China's growing exertion of economic, political and even cultural influence, the yuan has not yet become an official reference point for other Asian currencies or for private markets in general, with the exception of oil futures and a few other commodities.

What has been rising substantially is the value of international payments intermediated through the China International Payment System, a yuan-based alternative to the dollar-denominated SWIFT system based in Brussels. The volume of such payments processed through CIPS has been rising more slowly, indicating the network is mostly being used for high-value transactions.

What all of this seems to imply is that China is indeed fully aware of the risk of conducting most of its international trade and investment transactions in dollars and of holding most of its foreign assets in dollars. The way to reduce this dependence, beyond diversifying into use of other foreign currencies as has also been happening, is to boost the yuan.

Previously, international use of the yuan was outsourced to offshore financial centers, especially Hong Kong. This created a kind of dual market in yuan, one offshore and one onshore.

As the onshore market remained within China's capital controls and allowed limited daily movements, traders could find arbitrage opportunities between the yuan's varying valuation in the two markets.

This time around, the onshore yuan market is king, with Beijing keen to attract as much capital inflow as possible. Rather than keeping their yuan parked offshore, foreign investors are expected to enter the mainland even without full assurance taking out funds will be quicker or easier than in the past.

The notion is that Chinese capital markets are too big to be missed and that the growth differential between China and the rest of the world will ensure that the relative rate of return from yuan-based investing will remain positive.

Looking at the increase in portfolio inflows into the mainland, it is evident investors are buying into this story but maybe with a bit different reasoning.

For some international investors, the time is ripe for a carry trade of borrowing cheaply in dollars in the U.S. and then investing in yuan assets in China.

But any closing of the interest rate gap or renewed weakness in the yuan could change that picture dramatically. If the Chinese economy suddenly decelerates and the People's Bank of China steps in by cutting rates or nudging the yuan lower, such foreign investors could take flight once again.

It would not be the first time. A sudden move by the PBOC in March 2014 to double the daily trading band of the Chinese currency spooked investors then, causing losses to those who had been counting on an ever-rising yuan. 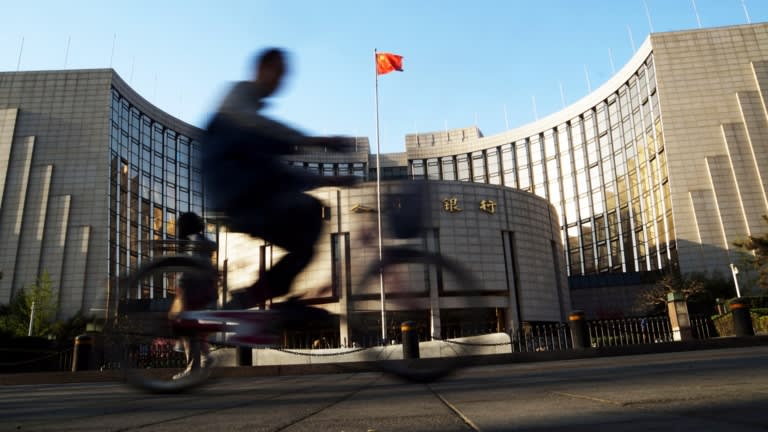 A sudden move by the PBOC in March 2014 to double the daily trading band spooked investors.   © Imaginechina/AP

Far more must be done for the yuan to really displace the dollar.

A fully open capital account remains a key prerequisite. These days, 2030 seems to be China's new target for achieving that, with the previous goal of 2020 fading from memory.

But the growing reach of U.S. sanctions and policy moves to drive financial decoupling from China could further set back Beijing's efforts. Rather than taking the dollar's place globally, the yuan might then emerge at best as a reserve currency within an ecosystem of linked nations, with the dollar remaining the reserve currency for the rest of the world.

That would be a win for yuan internationalization, but not a knock out.