Demand for soy, palm oil and beef leads to forest fires in Brazil and Indonesia

An environmental and social catastrophe is happening in the tropics. Forest fires are burning through tens of thousands of square kilometers of rainforests -- the lungs of the planet -- in Indonesia and Brazil.

While the situation has been worsened by El Nino -- a climatic pattern which dries tropical areas -- the fact that fires do not occur naturally in most tropical regions mean that humans are to blame. Evidence shows that these fires are being set to clear land for plantation and grazeland development.

Most of the blame is falling on global agribusiness, particularly American and European investors, banks, traders and consumer-goods companies. Yet somehow, the country home to many of the biggest culprits has mostly escaped attention: China.

In fact, data show that Asia's largest economy has, since the turn of the millennium, been responsible for the majority of growth in demand for forest-clearing products including soy, palm oil and beef. It also is the largest trading partner, by revenue, with Indonesia, Malaysia and Brazil, the three main tropical exporters of these commodities.

Protecting tropical landscapes must be a global priority for the sake of the climate, human health and endangered species.

Tropical forests have far more biodiversity and suck up more greenhouse gases than those anywhere else on the planet. There is already worrying evidence that the Amazon's role as a carbon sink is in decline, and the haze from Indonesia's fires sickens and kills thousands across Southeast Asia.

Since 2000, the palm oil industry has grown immensely to meet growing Chinese demand. Indonesia exported 4.17 million tonnes of palm oil to China in 2018, equivalent to 40,000 square kilometers of deforested land. Fires have long been a tool to clear land, and right now there are numerous fires burning through palm oil plantations.

In Brazil, the fires have been directly connected to farmers seeking to convert tropical forests into cattle grazing land. Cattle production has boomed due to rapidly growing mainland Chinese demand for beef, up from $5 million in 2010 to $939 million in 2017. 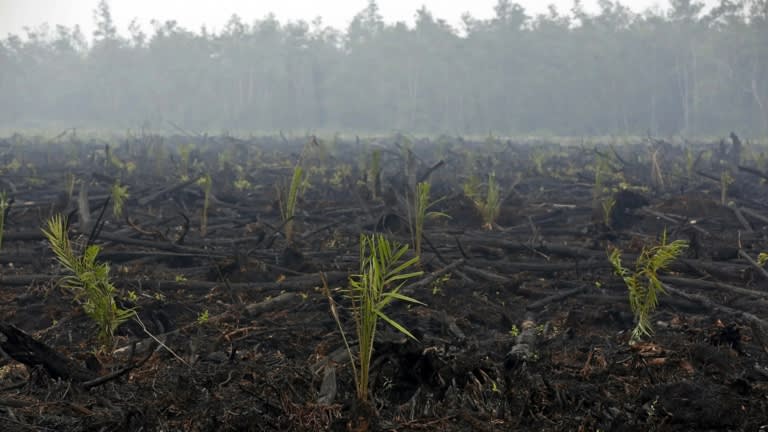 One of the big problems is that Chinese importers are, for the most part, not members of sustainable sourcing initiatives or have not made zero-deforestation commitments. This means that major China importers of beef, soy and palm oil are at a higher risk of importing commodities sourced from rainforest destruction than their U.S. or European counterparts.

Why are they getting a free pass? Part of this is likely due to Chinese brands having lower profiles globally compared to their U.S. and European counterparts. There is an information gap too, as most reports and investigations by media organizations or nonprofits on fires and deforestation focus on western brands.

Global environmentalists and climate advocates should do more to highlight Chinese brands for their role in the Brazil and Indonesia fires alongside lagging U.S. and European ones, especially when their outsized role is taken into consideration.

It was pressure from nonprofits and consumers that led to companies adopting sustainable sourcing initiatives in Europe and the U.S. In Europe, it has even led to a ban on unsustainable palm oil imports from Southeast Asia. Indonesia and Malaysia's response has been to look to China, where no such restriction exists, as an alternative customer.

This shows the harsh reality. The rise of China has meant that any impact from these efforts has been negated by overall growth in demand. That is why we must ramp up efforts to pressure Chinese companies to source commodities sustainably and limit the negative impact of its growing demand for raw materials on biodiversity and global climate.

There are some hopeful signs. Last year saw the launch of the China Sustainable Palm Oil Alliance, which included a few Chinese companies, such as Sinograin, HSBC and Yihai Kerry. CSPOA aims to get more local brands to commit to sourcing 100% sustainable palm oil -- palm oil that does not lead to tropical deforestation and is not planted on land cleared by fire.

There is also movement on soy. In 2017, China and South American countries opened a dialogue on the soy trade, with the goal of expanding sustainable sourcing. These efforts show that some actors in China do take their environmental responsibility seriously, and that local brands do respond to pressure. They need to be amplified.

More than anything, global campaigners need to acknowledge the new economic reality. While the role of U.S. and European businesses and financial institutions is important, it is not 1995 anymore. The global economy, and commodity flows, have changed. This also means that China can no longer escape its responsibility.

Until China changes how it sources commodities, fires and deforestation will continue in the tropics, harming us all. 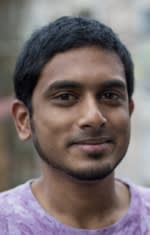 Nithin Coca is an Asia-focused freelance journalist who covers climate, environment, and supply chains across the region.