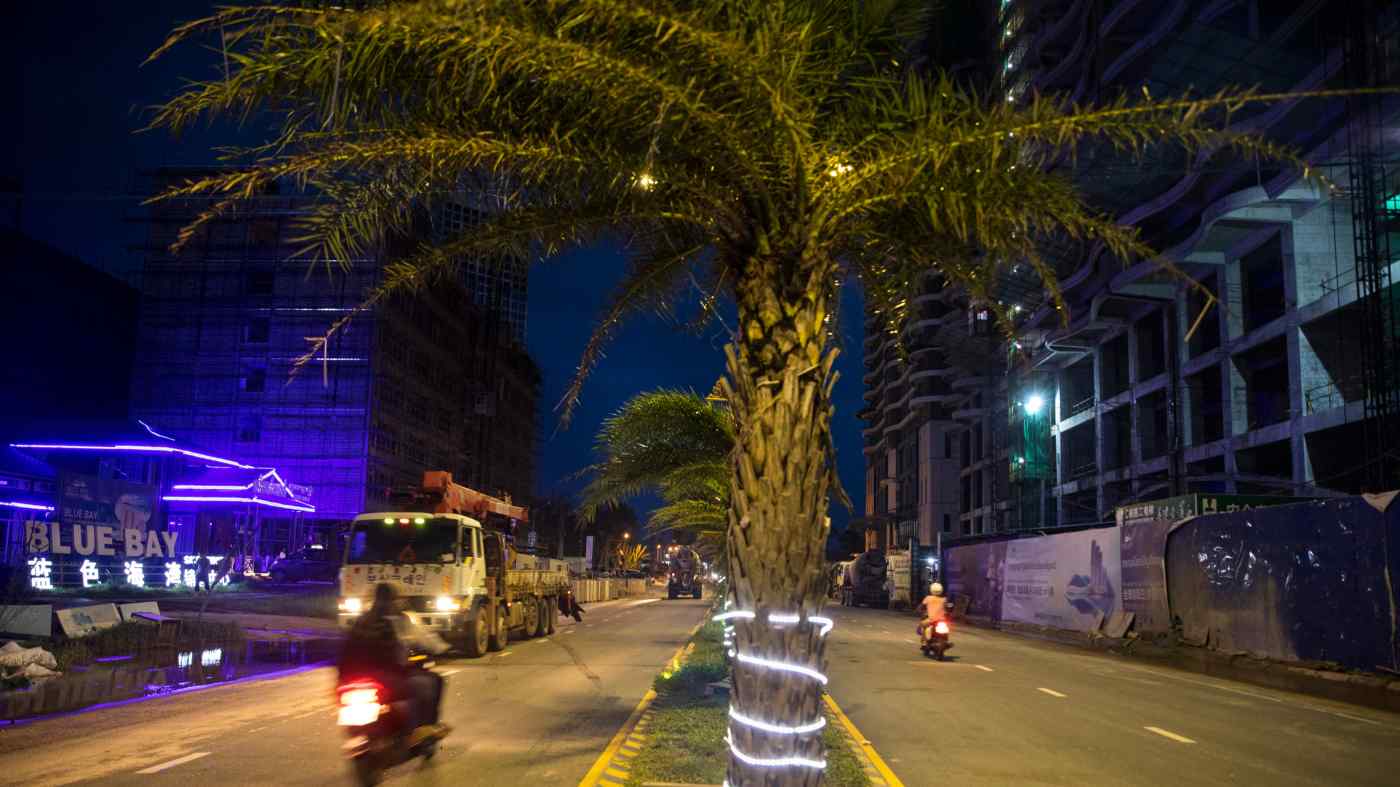 Guanie Lim is a research fellow at the Nanyang Centre for Public Administration, Nanyang Technological University, Singapore. Alvin Camba is a senior fellow of the Paramadina Public Policy Institute, Indonesia.

Is China "buying up" Southeast Asia? Since Beijing boasts the world's second-biggest economy and is the largest trade partner of many of the region's economies, this question unsettles onlookers across the world, from Washington's Capitol Hill to Metro Manila's jeepney drivers.

Implicit is the understanding that China's growing economic role in Southeast Asia is an extension of its unquenchable political ambition. Hawkish U.S. policymakers, for instance, are warning Southeast Asian states that Chinese money is spreading values antithetical to democracy.

Instead of fearing China's economic rise, however, the countries of the Association of Southeast Asian Nations should stop worrying about Beijing and focus on managing and redirecting Chinese money toward growth-enhancing initiatives.

For a start, Chinese involvement in Southeast Asia's economies is much lower than is generally thought. Statistics provided by ASEANstats shows that Chinese foreign direct investment not only trails other major investors but is narrowly focused on sectors that have lower multiplier effects on host economies.

Attempts to assess Chinese aid and investments are constrained by an inability to separate commitments from actualization. Beijing has inadvertently contributed to the confusion by overstating foreign capital outflows -- in part by engaging in thousands of commitments that do not always reach completion.

This narrative unwittingly encourages Southeast Asian policymakers to feel that they need to appease Beijing to acquire Chinese money. U.S. policymakers, in turn, focus on warnings about Chinese money rather than providing viable alternatives such as increasing the U.S. economic presence in the region.

Differences in classifications and measurements of Chinese outflows have also contributed to the misunderstanding about the scale of China's economic engagement. For example, the American Enterprise Institute's China Global Investment Tracker database estimates the value of Chinese construction contracts, aid and FDI in the region at $2 trillion. But the U.S. College of William & Mary's AidData service puts Chinese official development assistance at just $600 billion.

In addition to being smaller than suggested, Chinese FDI has largely financed less growth-enhancing activities and projects. Unlike ASEAN and Japanese investment into Southeast Asia, a significant portion of Chinese FDI has gone into tertiary industries, defined as activities falling outside manufacturing, agriculture and mining.

According to ASEANstats, between 40% and 68% of Chinese FDI from 2012 to 2018 went into just three main activities: real estate, finance and insurance, and wholesale and retail trade-cum-repair of motor vehicles and motorcycles. Of these sectors, real estate development is the most heavily-represented, accounting for up to 34% of Chinese FDI. Manufacturing-related FDI is marginal, accounting for an average of just 11% of annual Chinese capital flows into Southeast Asia.

Real estate-heavy FDI can be harmful to host economies because there is often a significant element of speculation, lopsided distribution of economic gains, and a lack of sustained local employment. This potentially creates more losers than winners in recipient states, especially those with high levels of inequality and social tensions. For example, high-end housing projects tend to become wealthy enclaves, pricing locals out of the market. This FDI is necessary for economic growth, but it needs to be managed by policies that limit foreign land ownership and speculative practices.

By contrast, an average of 43% of Japanese FDI from 2012 to 2018 financed manufacturing activities. This underlines the resilience of Japanese-orchestrated production networks in Southeast Asia's critical industries such as automobiles, tools, and machinery which cannot be easily displaced as they have roots dating back to the 1985 Plaza Accord. An assembly line at Nissan's Indonesia factory in Purwakarta, pictured in May 2014: an average of 43% of Japanese FDI from 2012 to 2018 financed manufacturing activities.   © Reuters

The COVID-19 outbreak and associated lockdown measures have complicated this situation, shuttering workplaces and causing massive loss of life. The pandemic has also dampened China's economy, which is forecast to grow by just 1.2% in 2020. This will likely have a knock-on impact on Beijing's ambitious Belt and Road Initiative. But the disruption in global supply chains, while painful in the short-run, will likely foster new opportunities for savvy Southeast Asian companies.

A quick survey reveals that entrepreneurial Malaysian and Thai rubber glove manufacturers have already expanded their exports to exploit increased demand for health care products. As the region recovers, energy- and labor-efficient machinery, in which Japanese manufacturers are key players, will also likely be in demand as companies adopt long-term social distancing measures.

Far from being "bought out" by Chinese companies, the future prospects of Southeast Asian economies are considerably more optimistic than the fuss about Chinese investment would suggest. With complimentary skill sets, ASEAN and Japanese investors are perfectly capable of reasserting their dominance in the region.