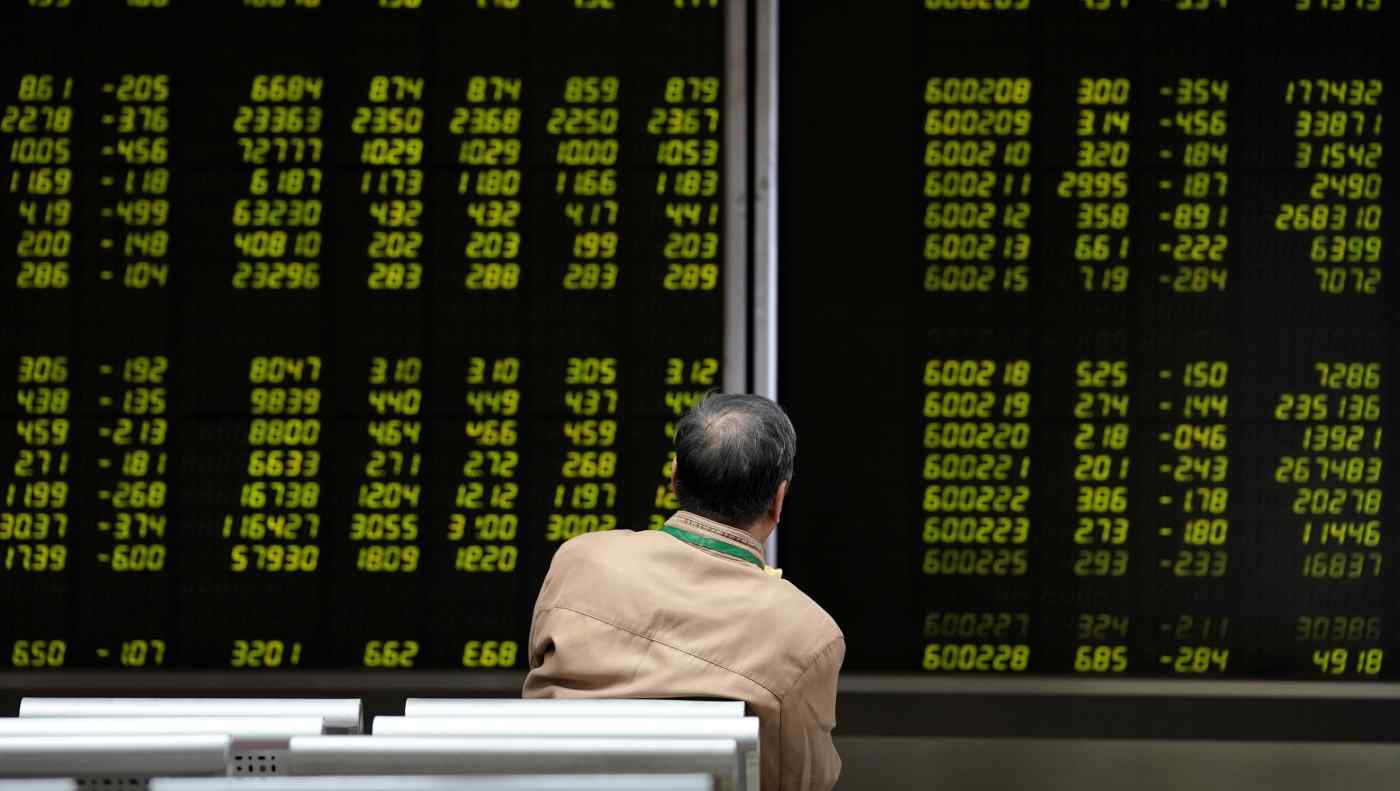 The recent sell-off in the Chinese stock market has largely coincided with a global share tumble driven in good measure by worries about the impact of rising U.S. interest rates, growing concerns about China's economic momentum and fears over the trade war between the two countries.

The truth, however, is that the troubles of Chinese equities run much deeper than those driving the market turmoil in many other countries. While soothing talk of official intervention may have reversed the market's slide during Friday's trading session, stabilizing the market for the longer term will depend on the authorities addressing more fundamental issues.

So far this month, even with China's markets closed for the first week for the country's National Day break, the benchmark Shanghai Composite Index of mainland stocks is down 9.6% and more than 1,000 stocks have fallen by the maximum 10% daily limit at least once. Mainland investors have also sold more than 18 billion yuan ($2.6 billion) worth of Hong Kong-listed stocks through the markets' cross-border links since the start of the month.

The declines in Shanghai compare with drops of about 7.5% for both the MSCI Emerging Markets Index and the Nasdaq Composite. The drop since the start of the year has also been worse for Chinese stocks, with Shanghai down 22.9% versus 16.2% for the MSCI and a gain of 12% for Nasdaq.

Not only is the Shanghai index now at a four-year low, it is also now back at a level it first reached in 2006. By way of comparison, the Dow Jones Industrial Average was then at less than half the value it is today. 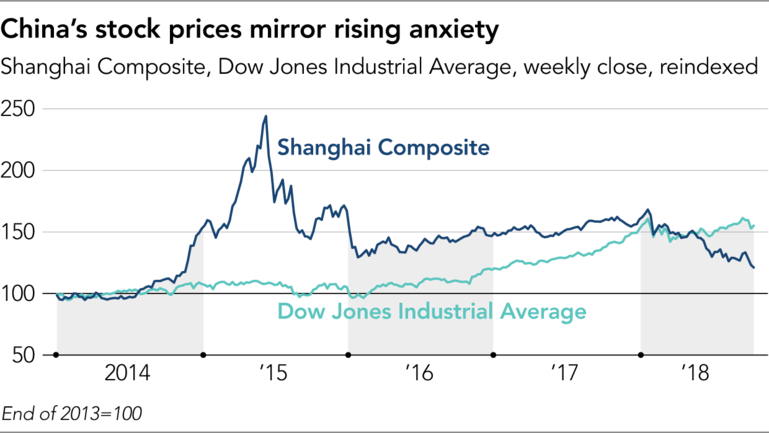 The sense that China's market stumbles are rippling out from the U.S. has given the authorities in Beijing some leeway to sit back and let the sell-off play out but that was bound not to hold for long. Some voices in the state media have begun calling for the People's Bank of China to inject funds to boost the market. Domestic press reports say local government units in Beijing, Shenzhen and other areas have allotted billions of yuan to support the stocks of area companies.

Liu Shiyu, chairman of the China Securities Regulatory Commission, promised a gathering of institutional and retail investor representatives last weekend that regulators would work to protect their interests with "an open, fair and transparent" market environment. Market action on Monday showed investors taking little comfort from his words as so many had already lost money and he was hardly promising to make good their losses.

New comments from Liu, People's Bank of China Governor Yi Gang and China Banking and Insurance Regulatory Commission Chairman Guo Shuqing published by their agencies on Friday appeared to have a more direct impact. After initially sliding close to 1%, a drop accelerated by the government's announcement of slower-than-expected quarterly gross domestic product growth, the Shanghai index ended up 2.6% for the day.

Indeed, the current market slide is not as bad as the one seen in 2015 but at times it feels like a slow-motion replay and a number of concerns remain the same. Investor borrowings to support share purchases are not as large as three years ago.

However, the issue of large shareholders pledging their stakes as loan collateral is just as much a problem as it was then, especially for smaller listed companies. As the companies' share prices fall, the value of the collateral drops, forcing the brokers holding the shares to sell to make good the loans. Since June, holdings in at least 35 companies have been liquidated in this way and worries about such borrowings are fueling the market interventions by local governments.

These borrowings are of course just a drop in the ocean of Chinese debt. This week, rating agency S&P Global caused a stir with its estimate that borrowings obscured within so-called local government financing vehicles have now reached 40 trillion yuan.

No one knows the true level of overall debt in China. The broad picture though is clear from the varying approximations: the past decade, and especially the Xi Jinping years, have inflated credit-driven bubbles in the stock market and in the wider economy. Some have already burst, or are in the midst of deflating, like the stock market, but for all the recent talk of deleveraging, the scale of the debt problem is still massive.

Within this bleak reality, small glimmers of light can be seen. The CSRC and the Shanghai Stock Exchange have announced details of a link up with the London Stock Exchange. This will allow the exchanges to list each other's companies via depository receipts but sadly represents a solution to a problem that was bothering no one.

Another bright spot has been the announcement by the FTSE Russell index group that it will include domestic Chinese shares in its indexes from next June. This came right after rival MSCI, which took domestic shares into its emerging market indexes this past June, proposed increasing the weight it gives them as well as the range of stocks it includes.

These moves won't bring any new money into China for months yet. Even then, the amounts may not be large enough to impact the market. Neither development will fundamentally change the nature of the Chinese market nor do anything to boost onshore investor confidence in the authorities.

Public trust in the government to sort out the market's problems is dissipating and small investors are angry. The massive holdings of shares bought to support the market in 2015 are now underwater. Bailouts are starting again, but they are helping companies and their founders, not retail investors.

The underlying problem in China is that too much money has gone into projects which are not productive enough to fund the debt which built them. In the dizzyingly complicated world of Chinese debt, the links between listed and unlisted and between private and state can be pretty opaque and legal obligations between parties possibly unenforceable. This means that weakness and defaults in one area can have unexpected consequences in other areas of the economy.

There are no short-term magical solutions here. Verbal support from the regulators will do little to truly calm the market or address the underlying issues. Firmer action to rein in easy money should have been done years ago. An obsession with economic growth rates has compounded the debt problem yet even now growth targets are still a core part of the country's economic strategy.

For the poor retail investor, who is feeling ever poorer, it will be into the 2020s before he or she can expect a sustained market rally and that will only come after massive write-downs. Xi may be China's strongest leader in decades but he could well not be strong enough to swallow the losses required to clean up the nation's balance sheet.