Choppy waters ahead for Asian economies

Asian economies faced a storm in 2018. After years of easy money, the U.S. Federal Reserve tightened policy. U.S. dollar funding costs soared and Asian currencies wobbled. Meanwhile, trade tension between the U.S. and China escalated, with tariffs imposed on billions worth of goods, hurting producers across the region's supply chains. Demand in China, though not quite stalling, also provided a drag, cooling rapidly over the second half of the year. Oil prices, too, surged for much of the year, squeezing incomes in importing countries from India to South Korea.

Will the storm clouds part in 2019, and give way to brighter skies? After all, the Fed appears close to the end of its hiking cycle, with only marginal tightening left over the coming year. Oil prices, meanwhile, have plunged, providing relief for major importers in Asia. And a tariff truce between the U.S. and China at least holds out the prospect that some agreement can be reached.

Whether Asian economies stabilize, however, still depends on policy developments in China. Regulatory tightening, much more so than trade tensions with the U.S., has taken its toll on local demand. Reduced access to shadow bank funding has weighed on everything from infrastructure spending to real estate development. Even household consumption, long a steady pillar of demand, has pulled back amid growing uncertainty and reduced access to financing for everything from car to home purchases.

Flagging tail winds in China also poses problems for growth in the rest of Asia. Remember that exports to China contributed more to growth in neighboring economies than shipments to the U.S. and EU over the past year. Moreover, by some measures, over a quarter of global GDP growth is currently driven by China. That means demand elsewhere is also vulnerable to any lull in Mainland purchases: Europe's economies already appear to be slowing.

Much, then, turns on whether Chinese officials will deliver sufficient policy support to keep the whole convoy moving. Fortunately, there are already signs that China is providing a stimulus: households recently received tax relief and greater lending to private sector companies has been prioritized.

That, however, may not be enough. Further tax cuts, especially for the corporate sector, would help to shore up private investment and, equally important, confidence. With the credit impulse still negative, amid ongoing efforts to winch back broader debt risks, some loosening of monetary policy may also be needed, including a cut to the required ratio of bank reserves. This, of course, will have to be done with a deft touch, since too blunt an approach would risk rapidly hoisting up leverage again.

Policy measures in China, therefore, should deliver a stabilization in growth. But this may not be sufficient to pull along all the stragglers. Amid tightening liquidity globally, and increasingly soggy growth in the West, economies across Asia will need to revive demand closer to home as well. Extra fiscal spending helps, especially on infrastructure, but is still falling short across much of ASEAN and South Asia.

Here, pressing ahead with regional trade and investment liberalization will be key. Its traditional dependence on exports notwithstanding, Asia still has some of the highest barriers to inward investment and trade anywhere in the world. Consequently, even marginal liberalization would yield huge gains and simultaneously add ballast to economies.

For example, the Comprehensive and Progressive Agreement for Trans-Pacific Partnership has made a promising start by dismantling trade barriers as it comes into force at the turn of the year. However, only a few participants in Asia -- Vietnam, Singapore, Japan, Australia, and New Zealand -- will immediately benefit, with Malaysia and Brunei yet to ratify the agreement. Still, membership could be expanded in the future.

Meanwhile, a determined push to complete the Regional Comprehensive Economic Partnership, encompassing every major economy in the region including China, Japan and India, would also help. This should not simply be seen as an opportunity to strengthen regional trade, but as an accelerant to local reforms: by opening economies to greater foreign competition, efficiency inevitably improves. Negotiations, it is true, have dragged on for quite some time already, but darkening trade clouds on the horizon may just be what's needed to bring results.

Choppy waters in 2019, for sure, but with the right navigation the region can avoid hitting the shoals. 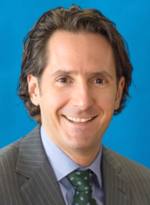 Frederic Neumann is co-head of Asia Economics Research at HSBC.