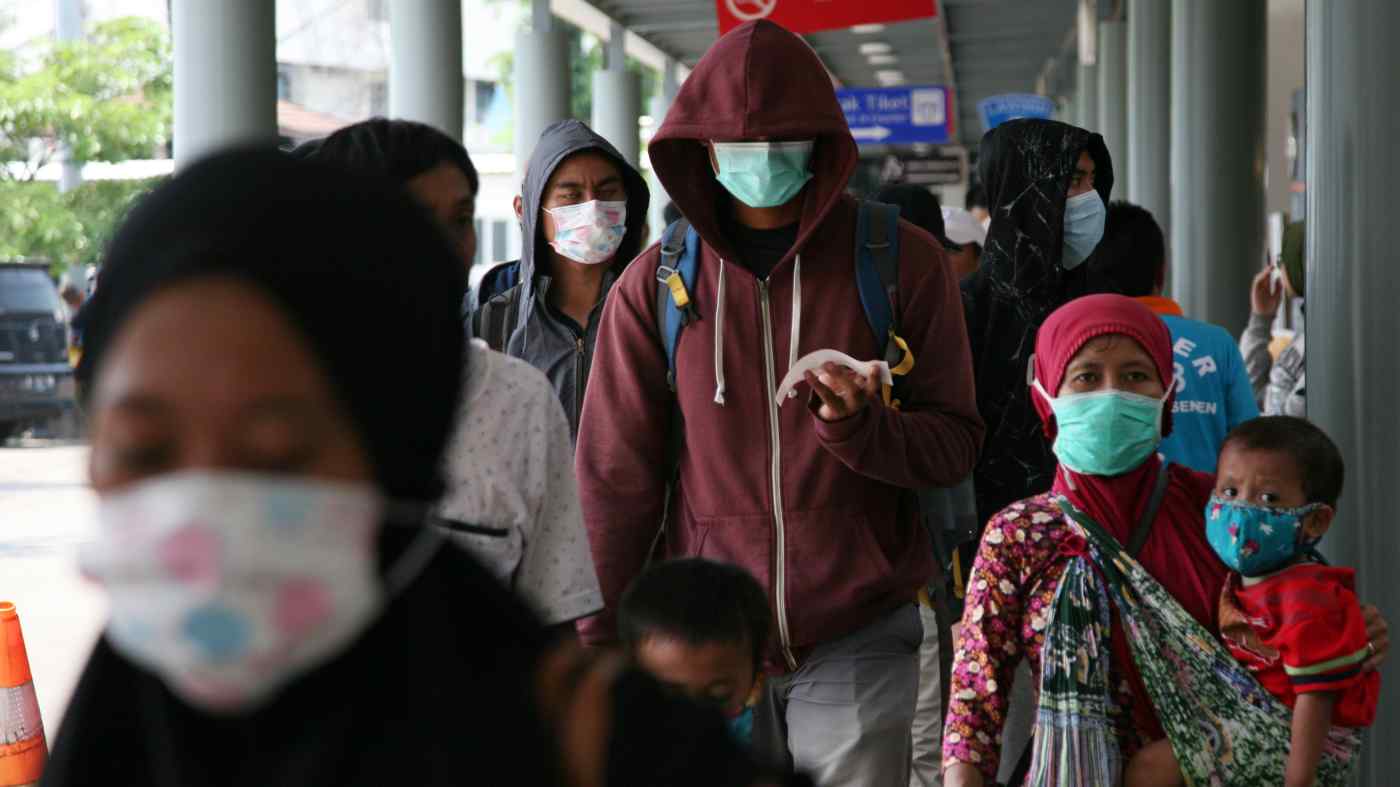 Train passengers wear masks at Senen Train Station in Jakarta on Mar. 20: governments must think about how to maintain order as well as save lives.   © LightRocket/Getty Images
CopyCopied

The pictures on social media showed three men armed with assault rifles guarding the entrance to a convenience store in the Thai beach resort of Pattaya after thieves were reported to have stolen cash from a similar store. This is a scene that could become more common around Southeast Asia as strict measures aimed at combating the COVID-19 virus start to impact on employment and livelihoods.

Understandably, the focus of governments in the region is on stemming the spread of the virus, which has infected more than 7,000 people in the 10 ASEAN states, with many more cases likely to be confirmed.