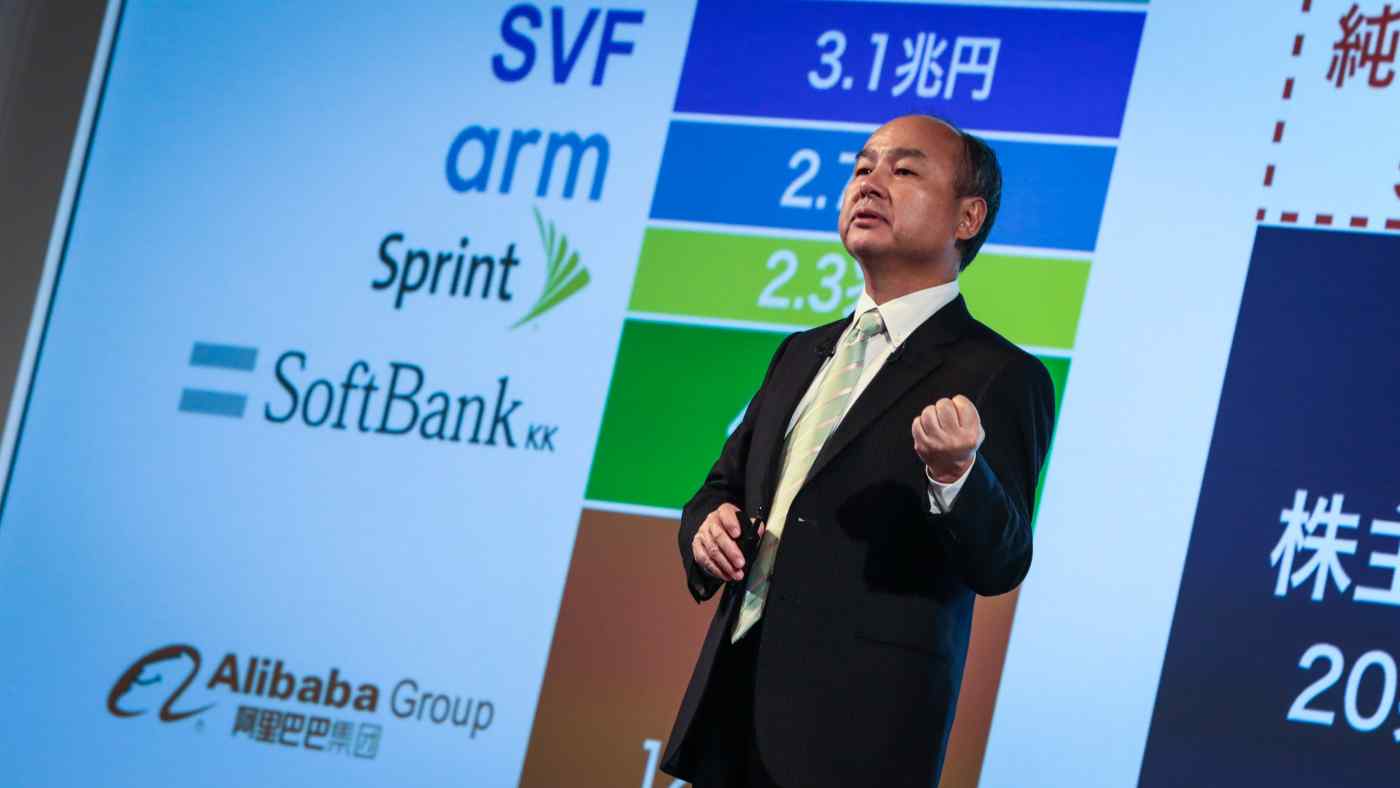 COVID-19 has made it that much harder for investors to figure out SoftBank Group. Pre-coronavirus, it was already plenty complex.

At a high level, the basic math remains the same. If you add the market value of its major components, such as Chinese online retail giant Alibaba Group Holding, mobile telecom operator SoftBank Corp., freshly merged telcos Sprint/T-Mobile US, chipmaker Arm and tech megafund Vision Fund, you get 27 trillion yen ($248 billion). Subtract net debt of 6 trillion yen and you get a net equity value for SoftBank Group components of 21 trillion yen.

Against this, at Monday lunchtime's stock price of 3,935 yen per share, SoftBank Group's market capitalization is 8.2 trillion yen, a massive 60% discount to net equity value. For an investor, these numbers should be a no-brainer, a once in a lifetime opportunity to load up on deeply discounted assets.

But COVID-19 has increased the variables needed to calculate SoftBank Group's discounted investment value. How COVID-resistant are its underlying assets? Telecom utilities like SoftBank Corp. and Sprint/T-Mobile would seem relatively resilient. On the other hand, Alibaba looks vulnerable to economic free fall in China. How much should the value of the assets be further discounted by the possibility they will be sold in a fire sale?

Even before the COVID-related variables, whether the discount represented an investment opportunity or a warning to stay away was a tantalizing analysis.

The spectacular success of his early investment in Alibaba, which now fully accounts for one-half of SoftBank Group's total equity value, has paradoxically been at the root of the discount. Alibaba persuaded Son that his true genius was not in running mundane telecom utilities like SoftBank Corp., but in raising children of Alibaba.

The result was a one-man show starring Son. Using money borrowed mainly from Mizuho Bank and other Japanese banks, he went on an acquisition spree that sought to transform SoftBank Group from a telecom operator into a mega-incubator fund for startups.

But this exacerbated the discount for a number of reasons.

First, it was funded by massive amounts of debt that could not easily be traced through SoftBank Group's complex corporate structures and accounting tactics. The "net debt" number quoted on SoftBank Group's website is followed by a long and opaque footnote not connected to actual line items in its balance sheet.

Second, the WeWork debacle destroyed Son's credibility as the father of future Alibabas. With the unraveling of office-rental startup WeWork, the world saw Son throwing money at ventures following nothing but highly fallible gut instinct. If Son could get WeWork this wrong, what other ugly surprises were lurking in his portfolio?

Third, and most fundamentally, WeWork raised the question who, if anyone, was running the ship. The resignation in December 2019 of Tadashi Yanai, founder and CEO of Fast Retailing, after 18 years as an independent director could only be read as a warning of broken corporate governance.

In early February, activist fund manager Elliott Management further complicated the puzzle by acquiring a $2.5 billion stake and demanding that SoftBank Group sell off its assets, starting with Alibaba, and use the proceeds to buy back undervalued shares.

The demand implied that SoftBank Group's empire would have to shrink considerably, a direct assault on Son's dynastic ambition to create the world's "largest" company. The market, however, resoundingly approved, sending the stock price from 4,500 yen to 5,500 yen.

Incapable of rebutting the financial logic, Son waved the white flag and in March, as COVID was taking a more serious turn, announced a 500 billion yen share buyback program. But this was met with a slump in the share price from 5,500 yen to under 3,000 yen because investors did not think it large enough.

It was only with a second buyback plan for 2 trillion yen, now including asset sales, that the shares slightly recovered. Exactly which assets, and when, were to be disclosed at a later time. The combined buybacks amount to over one-third of SoftBank Group's market cap. Even without the virus, the variables and unknowns surrounding SoftBank Group remain complex. What is the true scale and nature of its debt? What portion of proceeds from asset sales will be applied to reduce debt as opposed to share buybacks? The recent rating downgrades by S&P and Moody's portend a tug-of-war between debt and equity claims against the SoftBank Group empire.

More existentially, will Son use his 22% stake in SoftBank Group to hang on, or will he surrender to reality gracefully?

Against these larger imponderables, recent news that SoftBank Group has turned its back on WeWork, or that OneWeb, one of its portfolio companies in the satellite business, has declared bankruptcy, is mere background noise.

What we do not know about SoftBank Group echoes the unknowns of COVID-19 itself, what is the contact rate? what is the fatality rate? If we knew, we would be better able to assess the risk and plan accordingly. But we don't.