Domestic and international travel have been curtailed by outbreak 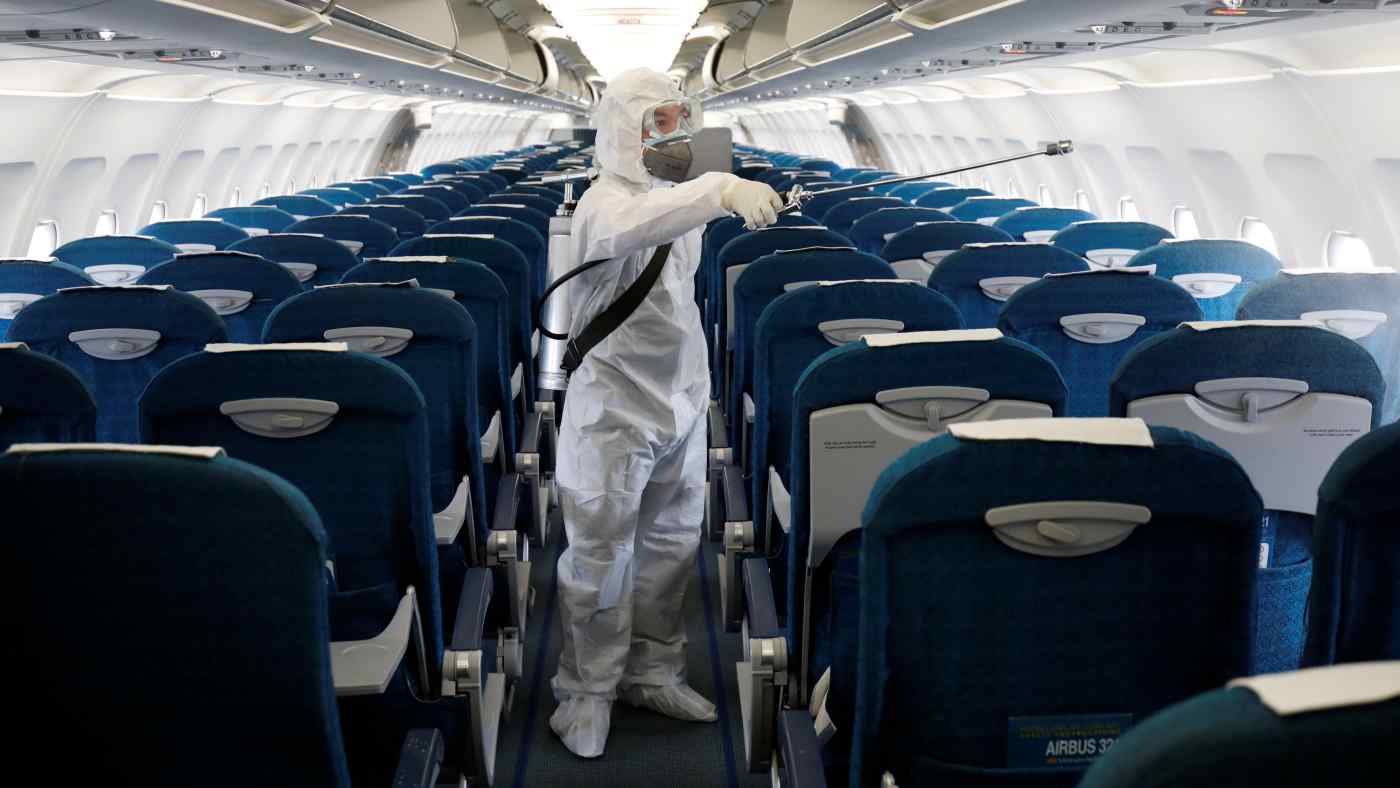 A health worker sprays disinfectant at Noi Bai airport in Hanoi on Feb. 21: 70 international airlines have canceled all their routes to and from China.    © Reuters
CopyCopied

Since the emergence of the coronavirus, government-imposed containment measures in Wuhan and practically all local municipalities throughout China have brought life to a standstill. The Chinese New Year holiday has been extended and most people, including me, are stuck indoors. Many residential complexes and jurisdictions in China and elsewhere are imposing restrictions on travel both in and out -- and are quarantining some entrants.

This lack of movement has naturally hit demand from air travelers of all types -- domestic and international business and tourist alike. Asian airlines could lose $27.8 billion in revenue, according to the International Air Transport Association, and Chinese airlines in domestic markets $12.8 billion. Now Asian airlines, which lean heavily on regional flights, must aggressively cut costs and diversify income streams to survive.

China had 671 million domestic and international air passengers in 2019, but current demand levels have plunged by 70%, according to the Civil Aviation Administration of China. Before the outbreak, it was the world's third biggest aviation market; currently it is 16th, by my calculations.

In addition, airline capacity has decreased with more than 60% of Chinese airlines' fleets being grounded, leaving many domestic China and international routes with just a few flights a day, or none at all.

Airlines at Asian transit hubs -- such as Singapore Changi, Hong Kong International Airport and Seoul Incheon -- have suffered as travelers forgo the uncertainty of a stopover in affected countries and as major events have been canceled, such as the Art Basel Hong Kong art fair. Last year the fair brought 88,000 attendees from 70 countries. 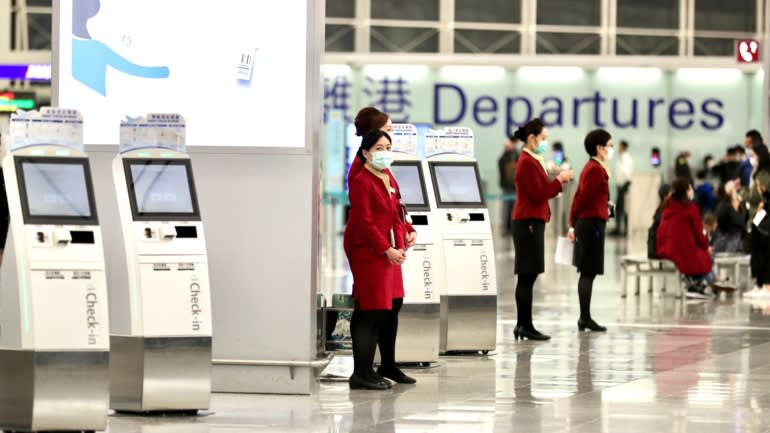 The departure hall at the Hong Kong international Airport, pictured on Feb. 20: airlines at Asian transit hubs have suffered as travelers forgo the uncertainty of a stopover in affected countries.   © LightRocket/Getty Images

Likewise, 70 international airlines have canceled all their routes to and from China as health and travel warnings and other immigration restrictions or quarantines imposed by over 60 countries have fed into weak demand.

During the height of the SARS outbreak in April 2003, passenger demand in Asia plunged 45%, according to the International Air Transport Association, and cost airlines more than $10 billion in revenue.

All this will ravage the balance sheets of many Asian carriers, who cannot reduce their fixed costs such as labor, aircraft and office space quickly enough. Fuel is the biggest cost for airlines, and while the fuel price has decreased in response to the situation, this is not much help if aircraft are not flying at all.

We are already in the low season for traffic, and airlines will have missed the lucrative traffic spike over the Lunar New Year. They will now have to wait until Easter for the usual pickup over the summer high season months.

Some carriers, with thin margins and weak balance sheets, may be driven out of business. Even the stronger ones will be hurt.

It is more than airlines which will suffer. Financial institutions, which lend to airlines, and aircraft leasing companies, which might need to reposition aircraft to another airline, will be affected as airlines attempt to restructure their balance sheets. Term extensions, lower interest rates or payment holidays are some items they will discuss.

To avoid this untoward possibility, airlines need to cut costs aggressively and find other forms of revenues, such as repositioning aircraft into stronger international markets. They could lease their aircraft to another operator to use, which is done regularly between airlines with excess capacity for an extended period of time and those quickly needing additional aircraft.

The last resort is to park aircraft to decrease operating costs.

Airlines can partner with their labor force to find innovative solutions for lower costs. Already some like Cathay Pacific Airways and China Southern Airlines have furloughed or asked to furlough staff and implemented both voluntary and involuntary leaves of absence. Airlines should use this quieter time to improve their organizational skills and other neglected aspects and retain and motivate the workforce in advance of the recovery.

The alternatives are bleak: failure means closure, unless there are government interventions or capital injections from investors.

During SARS, it took about nine months to return to precrisis levels of international passenger traffic, according to IATA. Even with a faster reaction plan this time from the authorities, there will likely be an increased lag in the recovery time because of how closely integrated global economies and supply chains are now.

The aim for airlines should be to minimize costs while retaining flexibility, so that they are in a position to ramp services back up when the Covid-19 crisis ends and people want to travel again. David Yu is a finance professor at New York University in Shanghai. He specializes in cross-border investing and financing and particular in aviation finance and leasing.