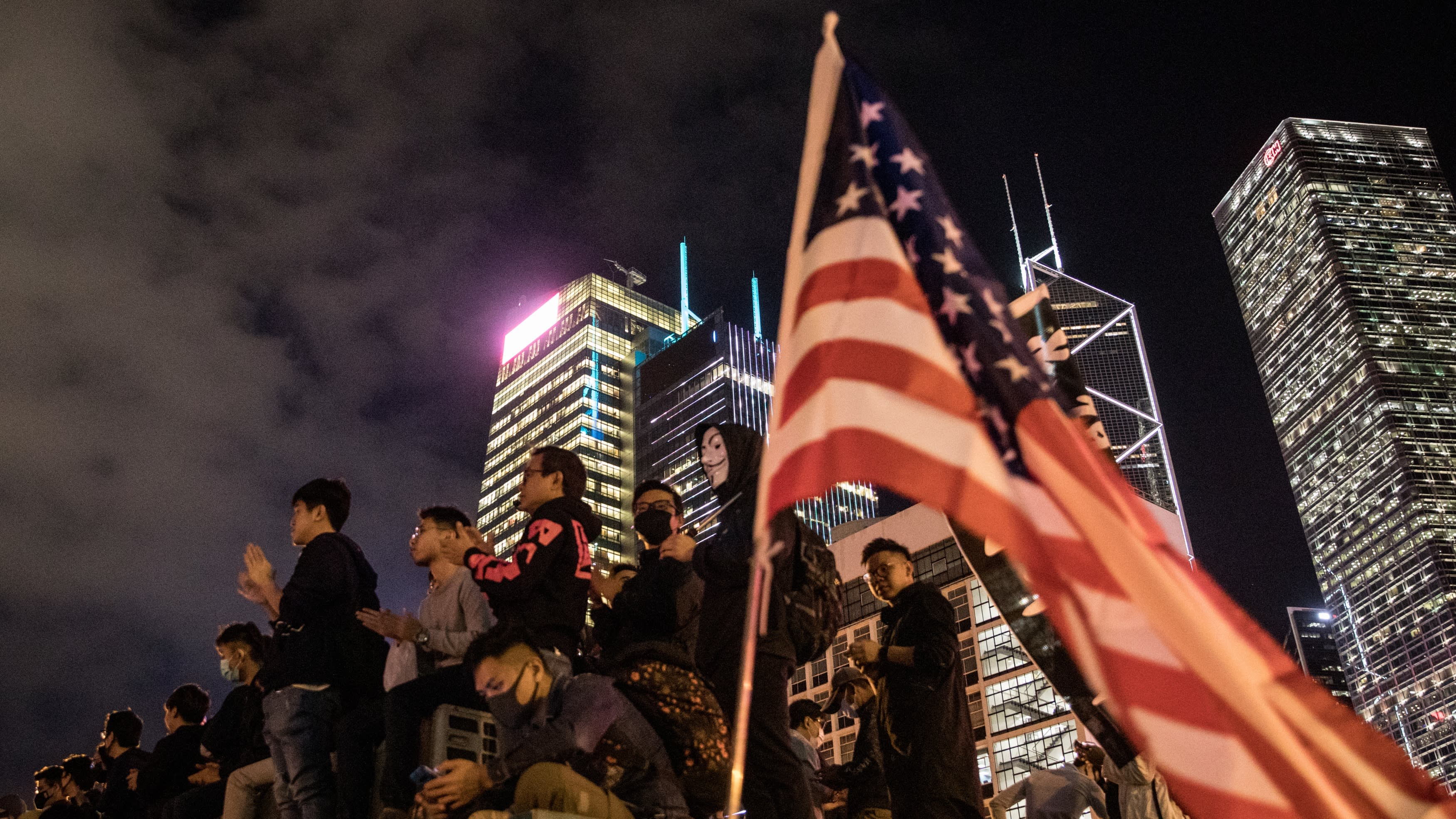 It took 25 years, but Fortune magazine has finally been proven right about Hong Kong.

China, the business elites insisted, would not kill the proverbial goose laying golden eggs. The plan, they said, was to remake the mainland in Hong Kong's laissez-faire image, not trample on its capitalist magic. Then along came President Xi Jinping to "Chinafy" the place. Now it is the CEOs who look naive as Xi's clampdown morphs Hong Kong into Shenzhen south.

Yet Fortune got one thing wrong. It figured the wrecking ball would swing only from Beijing, not from Washington, too.

U.S. President Donald Trump suffers from his own variation of the magazine-cover curse. By trying to appear strong on Hong Kong, he has given Xi political cover to protect Beijing's turf. Xi can spin his Hong Kong putsch as retaliation against U.S. interference.

We can only hope Trump is not granting Xi license to make a move on Taiwan. Sending Health Secretary Alex Azar to Taipei this week made for a great photo opportunity. Does it also give Xi a great excuse to project Chinese "internal affairs" across the Taiwan Strait?

What is crystal clear is that Hong Kong is gone, at least in the sense of how the place was perceived in 1997. The national security law imposed on Hong Kong by Xi's Communist Party, and the subsequent arrests of journalists and protest leaders have made that point unambiguous.

And yet, the city's demise seems a natural extension of what Xi has done on the mainland since 2012. Hong Kong's downgrade to just another mainland city reflects Xi's determination to roll back the clock on China's openness as a society and, it follows, as an economy. The global media often focuses on glittery objects like "Made in China 2025" that frame China as a country of the future. Less so on how Xi is dragging China back to the past.

I was in Beijing in October 1997 when one of Xi's predecessors, Jiang Zemin, had the confidence to hold a live press conference with U.S. President Bill Clinton. It was a truly remarkable moment. At the time, foreign journalists felt supremely confident that no successor would, or could, put the proverbial genie back in the bottle. Bill Clinton and Jiang Zemin attend a news conference during the October 1997 summit in Washington.   © Reuters

Xi's clampdown on the media does not smack of strength, but insecurity. This "great leap backward," as longtime Sinologist James Fallows puts it, belies the popular perception of China's Generation Z, armed with surging incomes and edgy apps, putting the sexagenarians running China on their hind legs. Thanks to Beijing's cyberspace controls, China under Xi is, according to a range of measures, a far more repressive place than a decade ago.

Trump's America, too. He forgot that when trying to beat China it is best not to turn your country Chinese. Trump's attacks on the media, shrouding U.S. institutions in Beijing-like secrecy, his disdain for democratic checks and balances and meddling with TikTok and WeChat is far more Mao Zedong than Ronald Reagan.

"The China hawks are at the wheel in the Trump administration and driving as fast as they can," says analyst Arthur Kroeber at Gavekal Research.

Trump's intensifying Hong Kong sanctions do zero to support the pro-democracy movement. Scrapping its special trade status -- forcing it to slap "Made in China" on U.S.-bound goods -- will hasten the hollowing out of the economy. It will cost Hong Kong jobs and exacerbate inequality. This makes Trump a willing accomplice in the dismantling of a key Asian economy.

The real story, though, is the China that Xi is creating in the background. The priority should be supersizing Hong Kong's model, implementing it boldly and confidently in the mainland, which could do with Hong Kong's first-world banking system, transparent rule of law, unfettered capital flows, government accountability, trusted markets and vibrant media.

These last two sectors shared common cause this week in the glare of the chilling arrest of media tycoon Jimmy Lai. His Apple Daily has long been a thorn in Beijing's side, and outraged Hongkongers stuck it to Beijing by piling into shares of Next Digital, which owns the fiercely independent newspaper. The 1,100% rally put the power of the city's capitalist principles on stark display.

Hong Kong, at Xi's behest, did not stop there. On Monday, the same day they put Lai in handcuffs, police arrested pro-democracy advocate Agnes Chow, 23. Think of it as a one-two punch at anyone considering taking a stand against Chief Executive Carrie Lam's government.

The knockout, though, goes to Singapore. Xi's clampdown means all the city-state needs to do is sit back and welcome the exodus of multinational companies seeking a less chaotic home. Perhaps Tokyo and Seoul, too.

Hong Kong's death is coming later than many thought, and with an unexpected assist from a U.S. president. Yet this moment speaks even louder about Xi's failure to learn from, and build on, an economy he is leaving for dead.