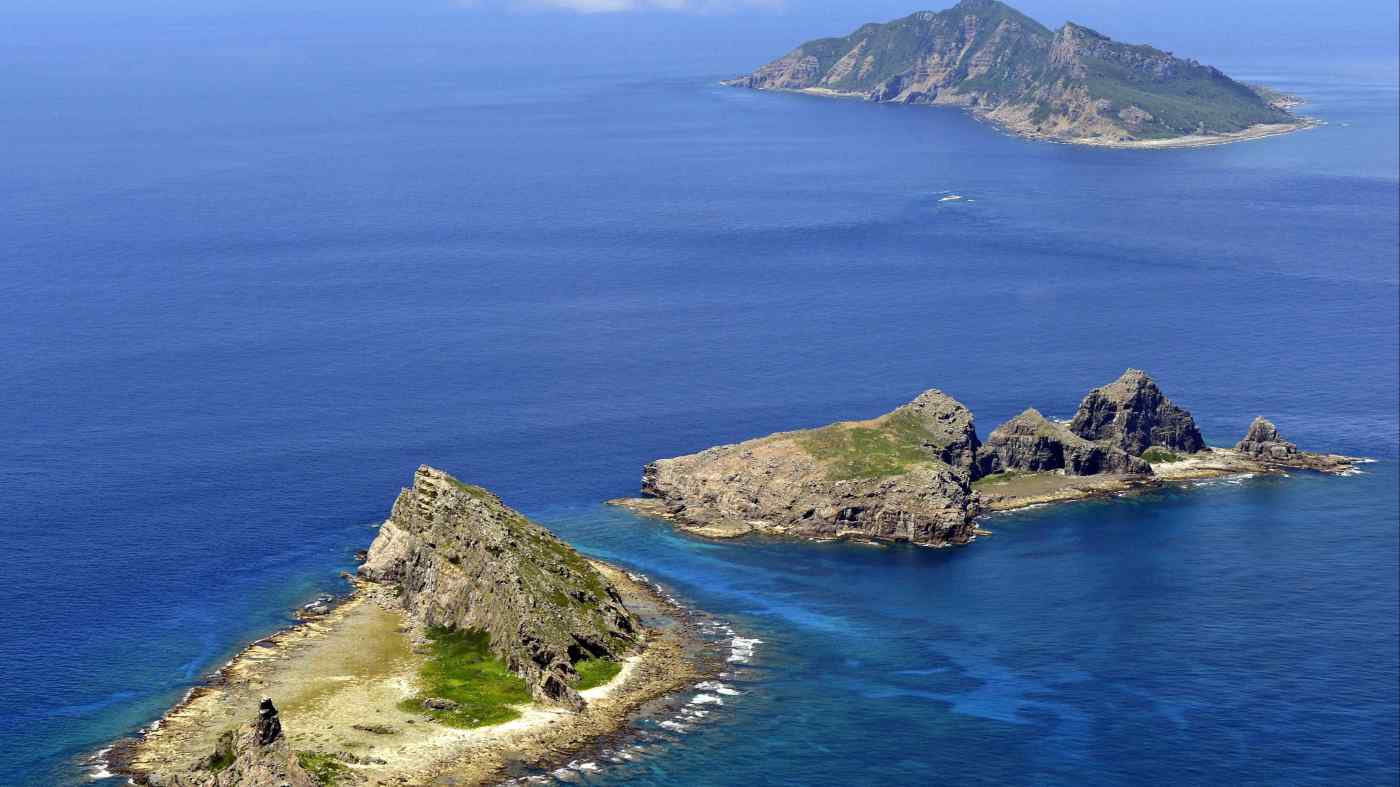 China will have to find a face-saving way to resolve the long-running dispute over the Senkaku Islands, which China claims and calls Diaoyu.   © Kyodo
CopyCopied

The postponement of the much-anticipated state visit to Japan by Chinese President Xi Jinping is an undeniable disappointment for both Tokyo and Beijing. But with Xi and Prime Minister Shinzo Abe both preoccupied with the coronavirus crisis, it was obviously a wise decision to wait until a more opportune moment, most likely in the fall, for Japan to host Xi and add momentum to warming Sino-Japanese ties.

Relations between Tokyo and Beijing began their upswing after Abe visited Beijing in October 2018. Since then Chinese censors have banished anti-Japanese vitriol from nearly all Chinese media outlets.

Ties warmed further when the coronavirus started to ravage Wuhan in late January. Japanese donations of medical supplies and funds received prominent official press coverage, and the Chinese Foreign Ministry publicly thanked Japan for its friendly acts, including its decision not to ban Chinese nationals from entering the country.

Such warming atmospherics would have helped make Xi's state visit in April, the first by a Chinese president in 12 years, one of his rare diplomatic triumphs in recent years.

Now that he will likely have to wait until the fall, Xi and his advisers should take advantage of the extra time to further raise the odds of a successful presidential visit.

The first thing Beijing needs to realize is that, despite the friendly rhetoric emanating from both capitals, the foundations for a sustainable cooperative relationship between China and Japan are still fragile.

China abruptly shifted its policy toward Japan in 2018 mostly as a result of the precipitous deterioration in U.S.-China relations. By repairing its frayed ties with Tokyo, Beijing hopes to make it harder for Japan to participate actively in a new strategic anti-China coalition the U.S. is now trying to build.

In light of the immense damage done by U.S. President Donald Trump to security alliances, China's strategic calculations may seem reasonable. Yet it also appears that Chinese leaders are unwilling to make substantive concessions to build a more solid foundation of Sino-Japanese relations.

For instance, China has not indicated any change in position on the most sensitive bilateral dispute, the sovereignty of the Senkaku Islands, which China claims and calls Diaoyu. Disturbingly, the intrusion of official Chinese vessels into the 12-mile territorial waters of the disputed islands not only continued after Abe's visit to Beijing, but hit a record in 2019. A China Coast Guard vessel sails in the East China Sea near the Senkaku/Diaoyu Islands in December 2015. The intrusion of official Chinese vessels into the 12-mile territorial waters of the disputed islands hit a record in 2019.   © Japan Coast Guard's 11th Regional Headquarters/Reuters

Beijing has also failed to allay Tokyo's concerns about China's growing military might with proposals for confidence-building or transparency measures.

It is possible, but unlikely, that such sensitive security issues were on the agenda for Xi's state visit. Beijing's favored diplomatic approach these days relies almost exclusively on commercial inducements to gain goodwill abroad.

As a result, delegations jetting with Xi around the world typically consist of a large number of top executives of giant Chinese state-owned enterprises and private-sector tycoons. It would not be a surprise if Xi packed a few hundred of them for his trip to Tokyo as well.

While nobody should pooh-pooh Beijing's efforts to strengthen its commercial ties with Tokyo, Xi should be under no illusion that the prospects of more Chinese tourists and exports to China, now Japan's largest trading partner, will be sufficient to sway Tokyo's long-term strategic calculus. At most, economic considerations may moderate some of the actions Japan will need to take as the U.S.'s most important ally in East Asia.

Consider how Japan skillfully dealt with the issue of Huawei, the Chinese telecom giant which Washington has been pressuring its allies to exclude from their telecom networks.

Less than two months after Abe's successful visit to Beijing, the Japanese government issued regulations that effectively excluded Huawei Technologies from Japan's fifth-generation, or 5G, mobile networks without explicitly mentioning the company's name. This move complied with the wishes of Washington, Tokyo's security provider, without openly making China, its most important trading partner, lose too much face.

A smarter approach for Beijing in wooing Japan is, to put it more crudely, both to appeal to its greed and to allay its fear. China must not just solidify the commercial foundations of bilateral relations with agreements on market access, investment and intellectual property rights, and with tourism.

But it will also have to honestly and directly address Japan's legitimate concerns about its rapidly growing military capabilities and find a face-saving way to resolve the long-running dispute over the Senkaku/Diaoyu Islands.

Without making the necessary unilateral concessions on security issues to demonstrate its goodwill and commitment, Beijing is unlikely to succeed in ensuring Japanese neutrality in the escalating Sino-U.S. strategic rivalry.

A few months' delay in Xi's planned state visit to Tokyo may not be a bad thing after all. If nothing else, he now has more time to put more substance into his agenda and make his summit with Abe a genuine diplomatic success, not just a feel-good photo op.