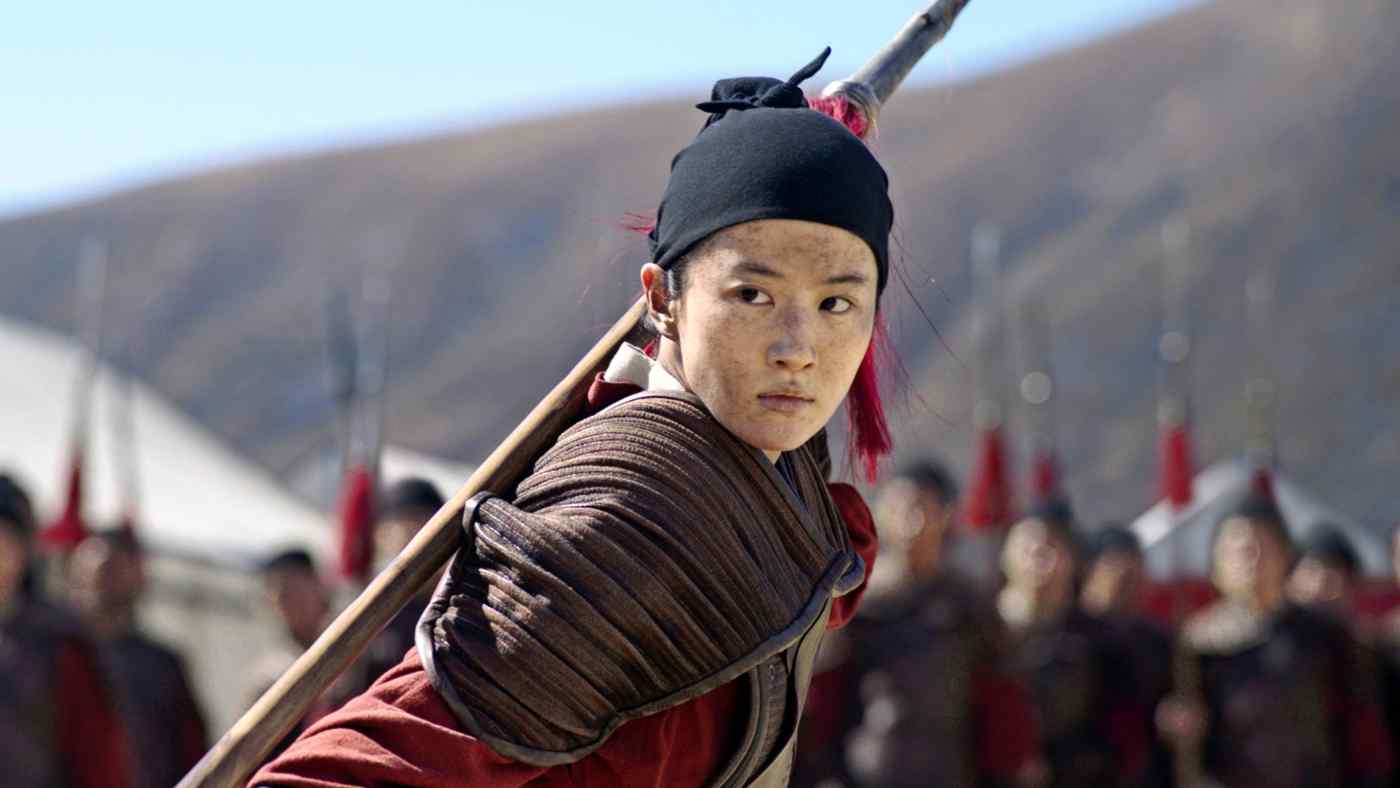 Liu Yifei in the title role of "Mulan:" the film makes clear the willingness of major U.S. production houses to serve as China's megaphone.   © Disney/AP
CopyCopied

Hollywood faces a fresh test in its bid to gain audiences in China without alienating film viewers elsewhere with the release on Friday of Disney's much-hyped live-action remake of "Mulan."

Based on the Chinese folk tale "The Ballad of Mulan" and starring lead actress Liu Yifei, also know as Crystal Liu, who was born in China and later naturalized in the U.S., the new "Mulan" already faced boycott calls months ahead of its original release date after Liu last year publicly praised Hong Kong law enforcement amid protests in the city against police brutality.

As Hong Kong activists formed an informal "Milk Tea Alliance" with peers in Taiwan and Thailand, others took up the #BoycottMulan call too, while Chinese state media responded with a #SupportMulan social media campaign.

Chow, who speaks Japanese and often expresses her love of anime, cultivated public support for the protesters' cause on trips in Japan and is popular there. A meme took hold on social media with her arrest that Chow is closer to the "real Mulan" than Liu, in the sense of being a bold young woman demonstrating bravery and a determination to protect the community.

With China's cinemas rebounding much faster than those of the U.S., the world's biggest movie market, financial incentives have weighed on Disney to stay quiet about the controversy.

Back when Disney released the original animated "Mulan" in 1998, it was a fairly straightforward matter for Hollywood studios to avoid offending Chinese consumers. But with China at least temporarily offering the world's biggest box office, appealing to Chinese audiences has become complicated as working closely with partners in the mainland now makes the Hollywood studios key players in a geopolitical drama stretching across the Indo-Pacific region.

Indeed, U.S.-China film collaborations have become part of a narrative battle over Hollywood's place in the world.

"Top Gun: Maverick," backed by Chinese internet company Tencent Holdings, removed a Taiwan flag patch included on protagonist Maverick's iconic bomber jacket in the original movie in a nod to Chinese sovereignty claims. In response, U.S. Senator Ted Cruz introduced legislation that would cut off assistance from the U.S. military for films with demonstrable Chinese censorship. The producers have pushed back release of the film until next July due to the coronavirus pandemic. 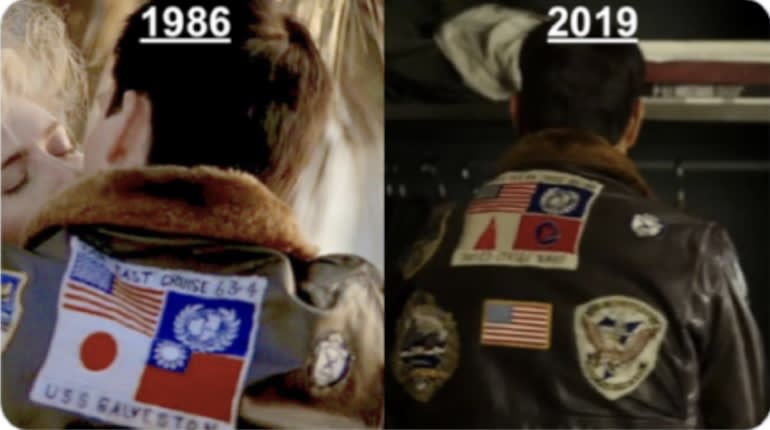 In the trailer of "Top Gun: Maverick," Japanese and Taiwanese flags that were on the jacket worn by Tom Cruise in the original movie have been replaced with other symbols. (Screengrab from Twitter)

While major U.S. production houses often find themselves on the opposite side of key American allies, the new "Mulan" makes clear their willingness to even serve as China's megaphone.

Disney first learned its lesson in China 23 years ago when Beijing reacted angrily to the release of "Kundun," a biographical film presenting the Dalai Lama, the exiled Tibetan spiritual leader, in an uncritical light.

Attacking Disney for promoting separatism and terrorism, Beijing banned the company's films and cartoons, holding off the release of "Mulan" among others. Disney was able, however, to regain its toehold in China by apologizing and moving to avoid any recurrence without suffering any repercussions in its home market.

In the 2010s, with films like "Transformers: Age of Extinction" and "The Great Wall," Hollywood studios awkwardly reached out to Chinese audiences by tacking on extra throwaway characters and product placements in productions with all the hallmarks of standard U.S. blockbusters.

These efforts were met with skepticism and even derision, particularly a special segment appended to "Iron Man 3" portraying a milk drink from domestic producer Yili Group as the superhero's energy source.

In recent years, Western audiences have begun holding Hollywood studios to account for casting non-Asian actors in Asian roles. Marvel Studios came under criticism when the role of The Ancient One in "Doctor Strange," a Tibetan in the 2016 film's source material, became a Celtic sorcerer played by Tilda Swinton.

Though studio executives said this was done to prevent accusations of Orientalizing, a screenwriter from the film admitted the change was made to avoid annoying Beijing. At any rate, the controversy appeared to have little impact on ticket sales, which reached about $678 million globally. The stakes for Hollywood have gotten higher in the last two years.

DreamWorks Animation's "Abominable" won praise in 2019 from critics and audiences for representing non-American perspectives and using Asian voice actors. But a shot in the animated film of a map including China's controversial "nine-dash line" marking off its claims in the South China Sea led to bans on the movie by rival territorial claimants Malaysia, Vietnam, and the Philippines, a significant financial consequence. Abominable is the story of a regular Chinese girl living with her family in modern-day Shanghai.   © DreamWorks Animation LLC

Beijing would like to have a monopoly over defining Chinese culture, from specifying the right way to speak the language (Mandarin), to defining what Confucian values are, to controlling who can represent the heroes of China's past, real or imaginary. Hollywood studios too often of late have provided an assist while China's neighbors contest its assertions of regional hegemony.

By supporting the live-action "Mulan" and ignoring the arrest of the "real Mulan," Disney has showed that the major film studios have entered a new era where efforts to gain profits in China have led to political positions on freedom of speech and human rights disconnected from the professed liberal policies of Hollywood's elite. Disney, long associated with American cultural hegemony, is flipping the old script.

With the U.S. box office, the largest in the world, only starting to reopen, and with China's market share bigger than that of most of its Asian neighbors combined, making films that do not trouble Beijing is smart business for U.S. studios. It is just not great for U.S. values.